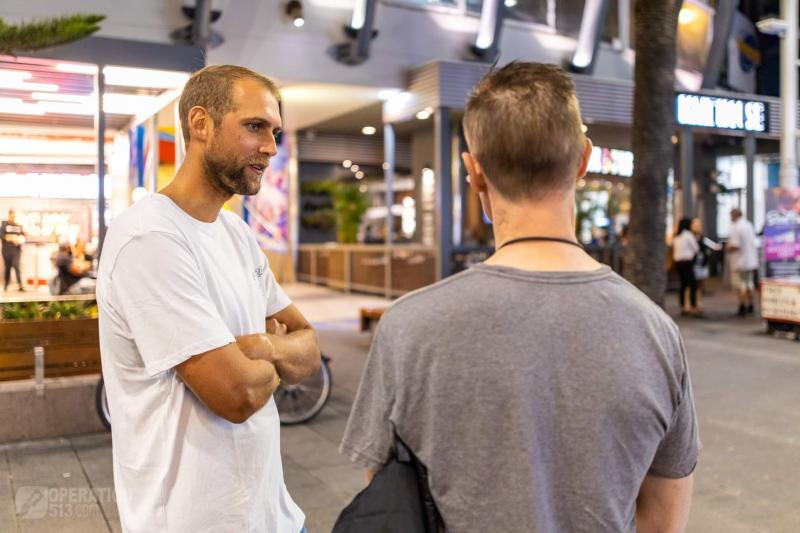 As the team headed to Surfers Paradise on the Gold Coast the wind was cold meaning that there were fewer than usual people during the later hours of the outreach. This made it a little hard at times to find gospel conversations but thankfully these moments only lasted a few minutes before it was full steam ahead in conversations. Even though there were moments of quietness, the team of seven that were out could have easily had more conversations if they were a team of fourteen. So why not come on out this week?

The first conversation of the evening was with Max He had a Catholic background but a mixture of forgetfulness and poor teaching lead him to have very little idea about God, eternity, sin and forgiveness. He thought that he should probably be good enough for God on that final day. He was quickly shown the serious reality that this just wasn't the case, in fact there was a very serious judgement and eternal punishment awaiting him. Max took this seriously and asked how he could be forgiven.

The gospel was explained, using many questions and back and forth, making sure he was constantly on the same page and at the end of it all when he was asked how someone is forgiven he was accurate in his ability to explain the simple message that upon trusting in Jesus to pay for ones sin, their sin is forgiven and this will drive a person to want to hate their sin, love God and serve Him! Max understood and was then encouraged to count the cost of following Christ, to find a local Church and to start reading his Bible everyday. Please be praying that Max will heed the summons of the gospel and that he will trust in Christ alone!

Whilst this all took place, another team member was talking to his son, Luan who is only around 10 or so years old. He also came to grasp Christianity and together this father and son left, knowing the gospel with the seriousness of this decision ringing in their ears! What an exciting start to the evening as this family walked away with all the knowledge required to trust in Christ. Please be praying that God will work on their hearts and cause them to trust in Him!

A following conversation was with a Muslim man and his friend. This man said he is Muslim and God loves everyone so even as a Muslims he eats pork, drinks alcohol and has sex with whomever he wills. He loves his sin and even then said that his hope for eternity is simply more of this. He was so blinded, not just that he was totally blind even to what his own religion teaches and had just fashion another god, similar to Mohammad's ideas but that he was also closed of to hear what the true God of this universe has to say.

At least if he understood God's goodness, in that because God is good he must hate evil he would be rightly scared of the coming judgement but this man was so proud, so blind and just running toward Hell without even a moments hesitation. It was horrific to see his blindness but he was shown God's law, warned of the coming judgement but didn't want to hear of any solution because he declared there was no problem.

There was a man who dropped past later in the night named Connor who has spoken to the team a number of times, one most notably was during schoolies week. Connor was able to respond back with a simple comprehension of the gospel but said that he didn't want to think about it all because he was happy living his way now. He was then strongly warned about the folly of leaving it until another time as his life could be taken from him this very night!

Please be praying for Max and Luan that God would turn their family from one of apathy into a tiny picture of the covenant family! Please pray that they would find a local Church to attend together, where God's word is preached that they may grow in their knowledge and understanding of God.

Please be praying for the Muslim man and Connor that God would be severe in His mercy and do whatever it takes to shake these man out of their folly into reality and cause them to seek out how they can be made right before God!

Lastly, why not ask God to give you love for the lost, that can overcome fear and schedule in a time to come on out and join us! 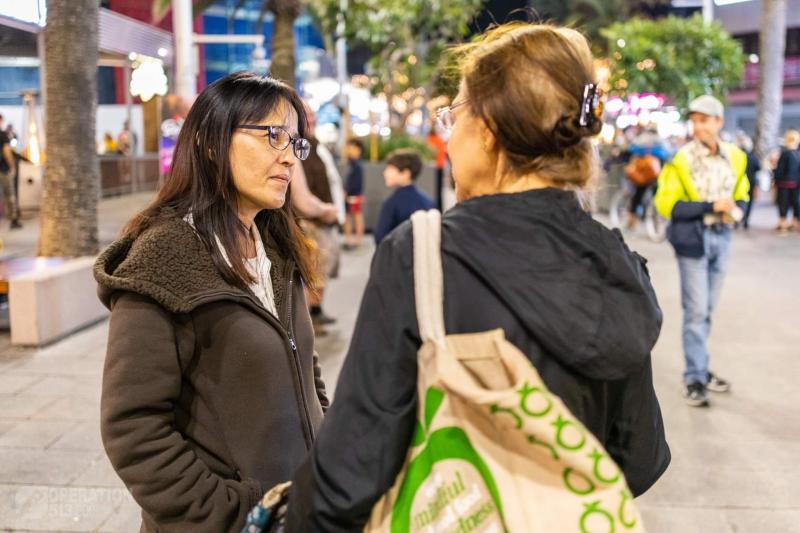 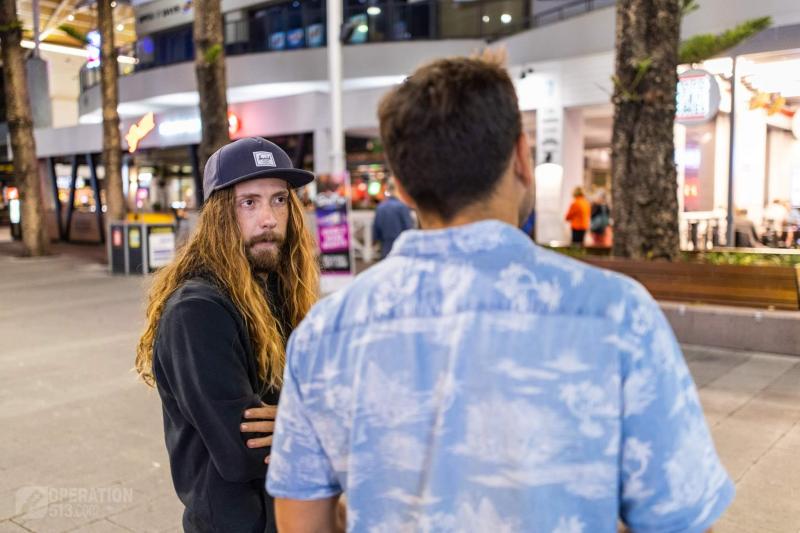 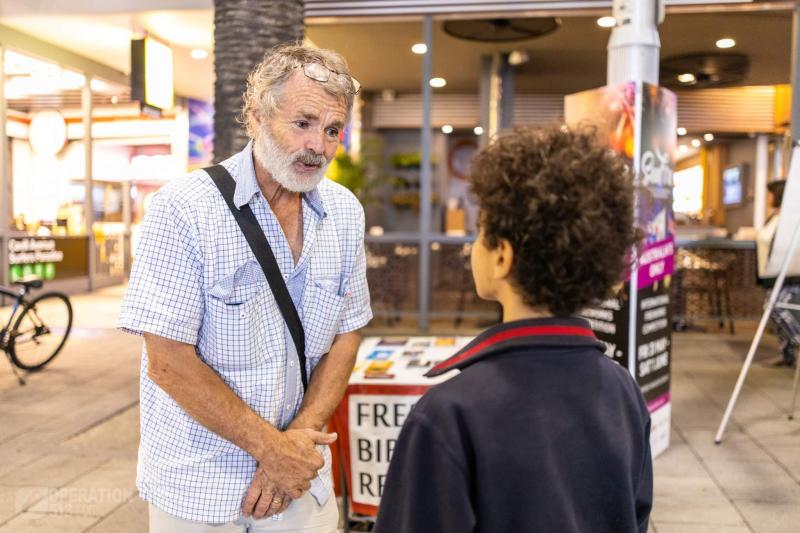