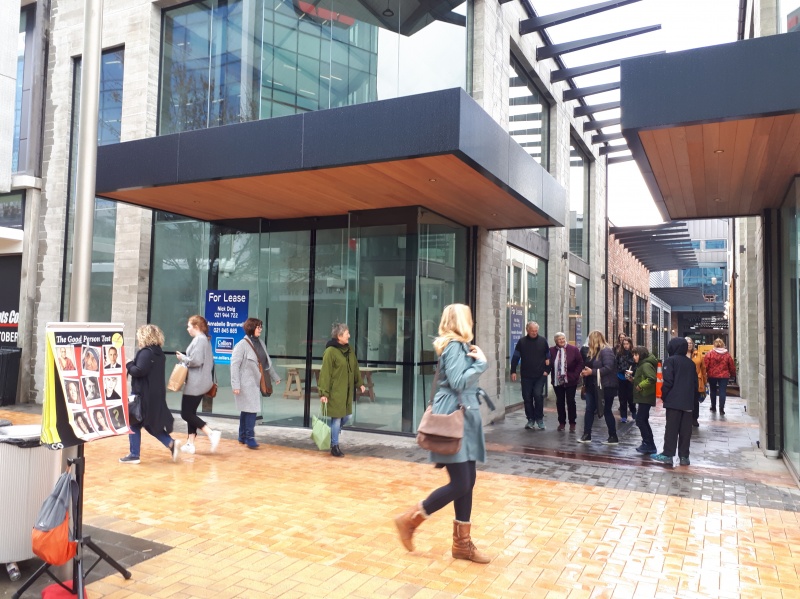 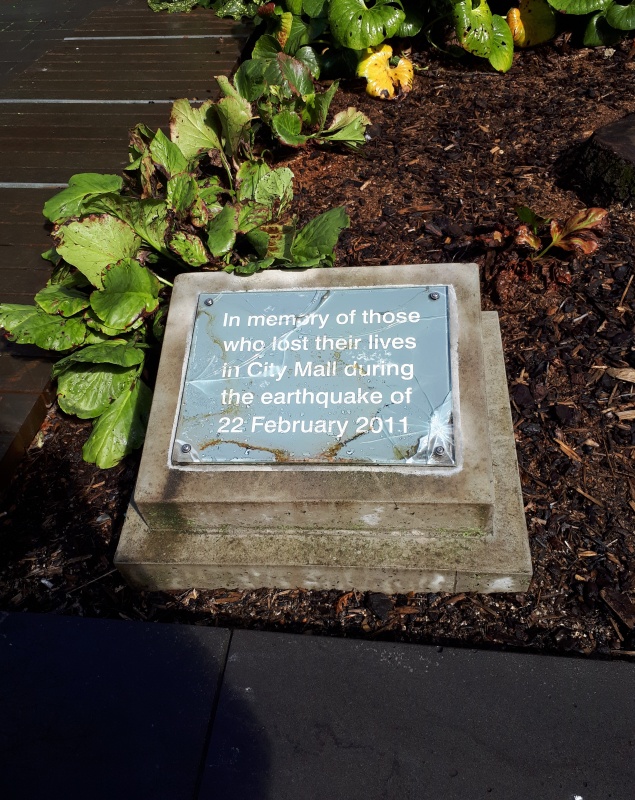 Tuesday and Wednesday outreaches were hampered by periods of heavy spring rain in Christchurch (NZ).

On Tuesday, Roger informed me that the new Riverside Market (off Cashel Mall) was open and suggested we shift our usual Riccarton outreach there to try it out.  I was keen!  After scoping it out, I decided to set up at one of the entrances (pictured), and Roger set up at the corner (nearest the Bridge of Remembrance).

There were a lot of people there, also due to the school holidays.  I ended up having a couple of Gospel conversations.  In those conversations, a good portion of time was spent in working with people to realise the simplicity of the logic of a creator for the universe (as opposed to Myanmar, where it’s labouring with people so they understand the way to heaven is a gift).

Roger had a number of Gospel conversations too - including with a suit (which is rare).  Part way through that conversation, our resident heckler: Steve the Atheist came along on his bike and tried to disrupt.  Thankfully, the suit told Steve to go away!  That solved the problem.

On Wednesday, I started the day in bright sunshine with some letterboxing, but a front moved across the sun and started dumping the heaviest rain I’ve experienced while letterboxing!  I was cold and drenched in short order - and my shoes filled with water.  I had to head home to change and put thermals on (I was hoping I wouldn’t need them again till next winter!).

Eventually there was a break in the weather, and I was able to head into the city for outreach.  But the day continued with the constant contrasts of bright sunshine and heavy rain.  I managed to have a number of Gospel conversations to the glory of God.

I finished the day with letterboxing and managed to get home before a hail shower hit!

As I finish this log entry, I want to mention something I’ve been thinking about today.  And that is the fact that our outreach teams (except for the abortion outreach) seem to be getting smaller since I’ve moved into full time outreach.  If I’m an evangelist, I feel like I’m failing at my job - which is to encourage others to share the good news! :) The very last thing I want people thinking is: “Evangelism, oh Glen is covering that” - NO!  All Christians are called to the great commission.  You can reach people that I can’t.  We all need to be sharing this amazing good news.  So I want to encourage you to get involved!  I can’t do this on my own - the more people doing it, the more people we reach!  But it’s scary.  Tell me about it!  So I want to do you a deal.  I’m out on the streets, six days a week, if you can commit to joining me - once a fortnight, for two hours, I promise I won’t throw you in the deep end.  You can be paired up with me, or someone else with experience and get a feel for sharing the Gospel through observation (i.e., no pressure to share, but just learn).  What do you say?  Believe it or not, out on the streets, with strangers is the best place to practice for when you have that opportunity to share in your home, work place, or school.  What do you think?  If people are going to hell, how important is it to share the good news of Jesus?  Be encouraged!  Join us :)