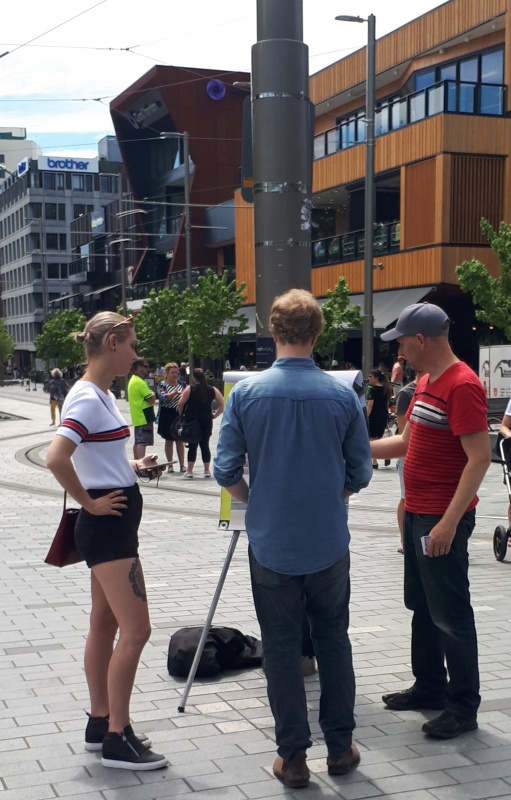 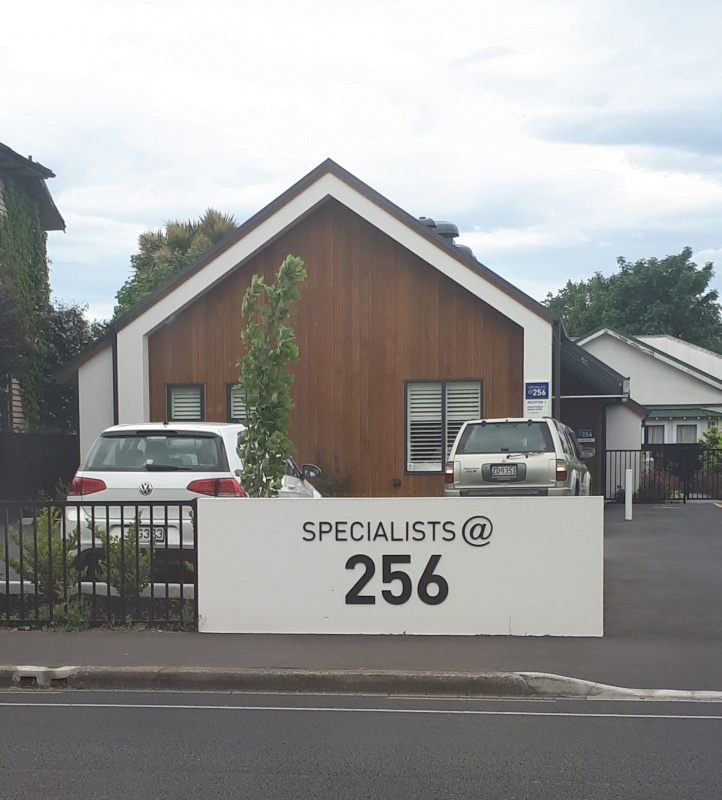 The first occurred at the Eastgate bus stops.  I had offered a tract to a man who upon reading it became very hostile.  I tried to calm and reason with this man but was unsuccessful at both.  I ended up taking his tract back and ending the conversation for this reason.

Dejectedly, I turned and saw a lady waiting for a taxi with her dog.  I assumed she had observed my exchange and therefore wouldn’t be interested in talking to me, but I approached her anyway, and offered her a tract.  To my surprise she accepted and was keen to chat.  She was waiting for a taxi that would let her dog in the car.  I was able to show her how we know God exists before a taxi came to end our conversation.  But she had become very interested, and said she would read the tract.

I moved away from the taxi’s down to a bus stop, looking for a new conversation, before heading back past the taxi’s.  I was surprised when one of the taxi drivers called me over.  To my encouragement, he had some of our tracts already!  We had handed them to him on previous outreaches.  Well he had read them, and wanted to talk.  So I hopped into the taxi and we started discussing the gospel.  But then one of his regular customers came out of the mall needing a ride - so our conversation was cut short.  But he gave me his card with his number and asked me to call him.  As he drove off, I sent him a text message so he had my number.

Ten minutes later, he called me.  He had dropped off his customer and wanted to finish the conversation.  He drove past, picked me up, and then he parked in the Eastgate car park.  He was on a thirty minute break and wanted to hear the gospel, so I pulled out my mini flip chart, and took him through it - beginning to end!  He was happy to receive a Bible!  He then drove me back around to the bus stops where we parted ways.

I’m confident, God willing, that I’ll have opportunities to see him again and follow up.  A very encouraging conversation!

The second started as I was driving from Eastgate to Northlands.  A guy (that I’ve mentioned in multiple logs before) that I’ve had the opportunity to witness to multiple times since I first met him on the last Summer mission (just under a year ago) contacted me wanting to catch up.  He said he would find me the next day when I was in the city on outreach…

On Friday, we had some great conversations with people outside the Hospital during the abortion outreach, where the third conversation was had.  A guy who works at the hospital, and who I’ve talked with multiple times as well came out and wanted to chat.  It was wonderful to see how positively challenged he has been by our conversations, and also by our witness standing against abortion.  To us, it doesn’t seem like what we are doing is very effective.  But he confirmed that it actually is.  He took my contact details.  I hope to see him again.

… and now I come back to the second conversation.  It’s now Friday afternoon on Cashel Mall - and it’s hot!  Andy & I had set up a couple of flip charts when the guy who contacted me the day before turns up.  The three of us found a shady spot and sat down to talk.  And that talk went for the rest of the outreach.  This young man had previously adamantly said he would never be a Christian, because a specific sin is too precious to him to let go.  Well it was clear that he had now moved on from that position and he seems to be seriously considering Christ.  We spent the time answering his questions, trying to clear his confusion on various things, and going over the law and the gospel again.  He left with one of my last Gospel booklets - he received one previously but indicated that he hadn’t read it, and didn’t have it any more.  But he took this one with a different attitude saying he would read it this time - and I’m confident he will.  I will continue praying for this young man, and the two other men I talked about in this log entry.

I don’t know if my writing has conveyed how incredibly encouraged I am by these three conversations - so I’m explicitly saying so now.  These three men sought me out to talk, as the Holy Spirit seems to be working in their lives since they were first challenged by the truth in the gospel!  As part of my job, there is a lot of rejection, disappointment and discouragement - and so encouragement like this is extra special.  Yet no matter the result - the work is worthwhile.  Be encouraged church!  The gospel is the power of God to salvation.  Join us out in the harvest to share this amazing good news!