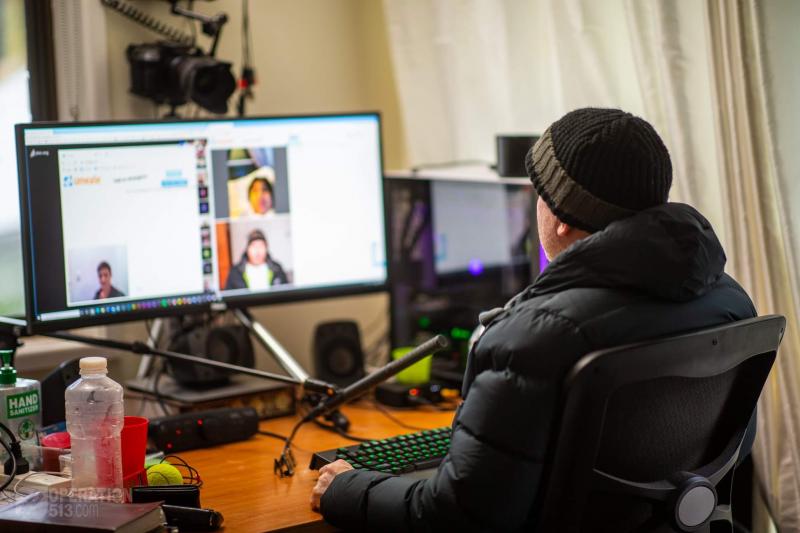 On Friday Brisbane was almost ten degrees cooler than the previous days, meaning it was a privildge to be inside in the warmth of our homes to evangelise! This really is a great day to be a Christian and evangelise!

The day started with a conversation with two teenagers, Payton and Kaia who attended a church but hadn't grasped the gospel. They knew of Jesus but the gospel had never made sense to them before. After seeing the serious predicament they are in they were grasping for answers and the Gospel was shared and they were so thankful for it! They professed that today, right now they would start trusting that Jesus had paid for their sins and this is the only reason they are going to Heaven!

The next excitement was with Mariana and Karen, two American ladies who slowly had their worldview broken down and rebuilt with Christianity! They came to see God's Holiness and therefore their desperate state before him and starting saying maybe there is no hope or maybe God will lower his standards but for them too the gospel came and they were gob-smacked! On a number of occasions Mariana said that it had blown her mind and they were also so thankful for the chat! They said they were keen to read their Bibles and were certain that the conversation was not an accident! They said that this was a conversation they'd had a few times but never had it made so much sense and were glad they'd be able to chat with someone seriously about it!

Lastly was a conversation with Dominic who late in the conversation shared that he had recently in the last few months started reading the Bible for himself due to some life circumstances and it was making some sense but it wasn't that clear. He initially shared that he believed in God but not in the traditional sense but with a good conversation he too came to grasp the glories of the gospel in light of his sin and was so thankful for the chat as well! He too mentioned that he didn't think it was an accident and was so pleased to have had the conversation! He mentioned he'd been desiring to attend a local Church and was able to find a recommended one right near his place!

God was very kind to these five people this afternoon, please be praying that God would continue to work in their lives. That this wouldn't be the beginning of a slow fade but rather would be the beginning of a live sold out in service for Christ, trusting only in Him as their means for right standing before God!