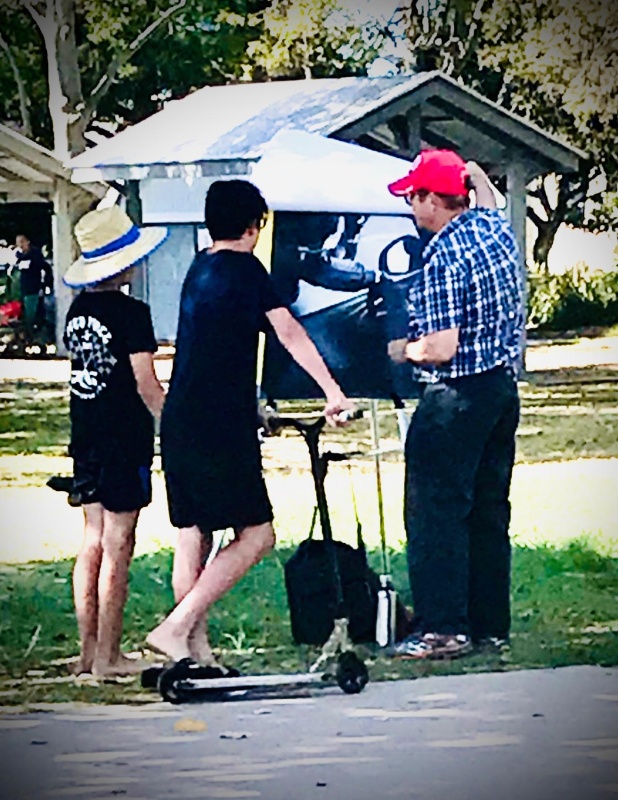 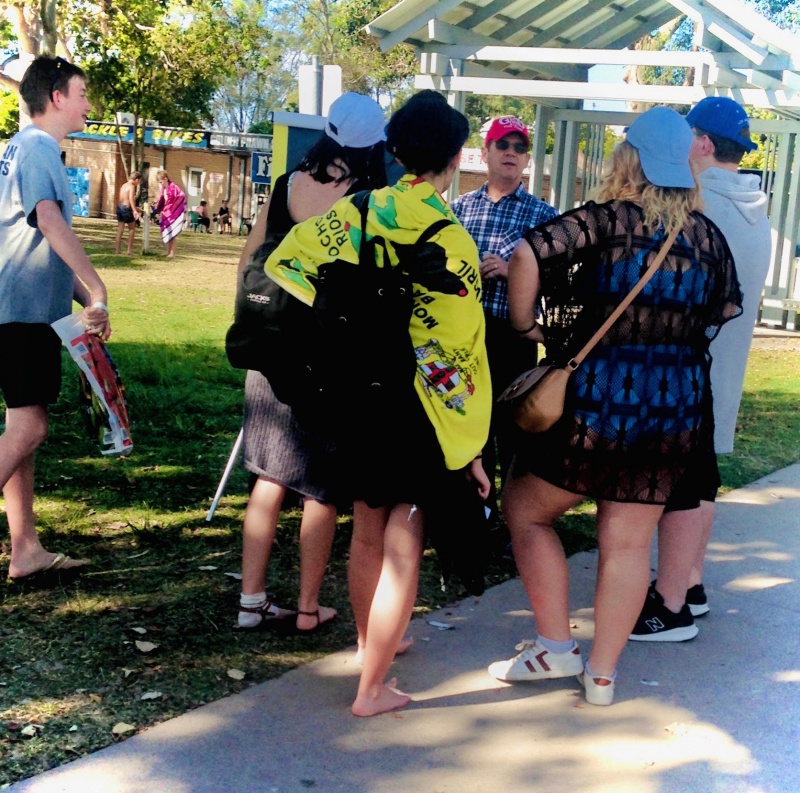 Saturday, October 17 — After a time of prayer, our team hit the beach at Bongaree for our monthly outreach.  The lovely weather brought local families flocking to the water for picnics and kept a constant flow of traffic up and down the pathways.  God blessed our time and allowed us to distribute several hundred Gospel tracts and a few of Bibles.

As various team members spread out giving tracts to anyone willing to take or talk, the Good Person flipchart, positioned at the crossroads, attracted attention and conversations.  One group of young people took the test and quickly discovered they were not as ‘good’ as they had anticipated.  They heard the full Gospel, kept engaged throughout, but didn’t seem to grasp the seriousness of their situation before God.  They did take tracts with them, so we pray for God to stir them up to repentance and faith.

Throughout the two hours, several people stopped to chat or do the Good Person test.  One of the team who was walking along the path spoke with Lewis, Matthew, and Zain.  These young teens thought they had their whole lives ahead of them to get right with God, until it clicked that they weren’t guaranteed a long life, and that they could die tomorrow.  Matthew was in a hurry to head off; Lewis looked more amused than concerned, but the third, Zain, kept the conversation going through the whole Gospel.  At the end, all three accepted for Bibles, and they were encouraged to make peace with God through Jesus.

Two young women, Montana and Cassidy, had attended a ‘Christian’ school, but were totally ignorant of the true Gospel.  They listened quietly, and agreed to think about it.  One had a Bible at home, but Montana took a tract and a Bible.

We ask you to pray for Bree, a young woman we spoke to a number of months ago, and with whom we were able to share the Gospel once again.  She remembered us as ‘the Christians,’ and appeared to be open and friendly towards the things of God.  We praise God for this, and we pray that she would come to faith.

Later in the day, another group approached the chart.  These were deeply interested, and they followed along as they heard the Gospel.  It was encouraging to hear their logical questions which showed they had been thinking hard and listening attentively.  As their objections were met, they seemed to grasp what was being said, and they all took literature and promised to think very seriously about it.  This openness was a huge answer to prayer.

We give thanks to God for a time of huge encouragement and for all the people who received the Gospel.  Please pray for those who heard the Gospel for the first time.  May their lives be changed by the truth, and may God bring them to Himself.  Pray for those who are hardened and angry about the Gospel.  May their consciences have been pricked, and may the light break through into their darkened minds.  God’s Word is powerful, so we pray that it would triumph here at Bribie Island.