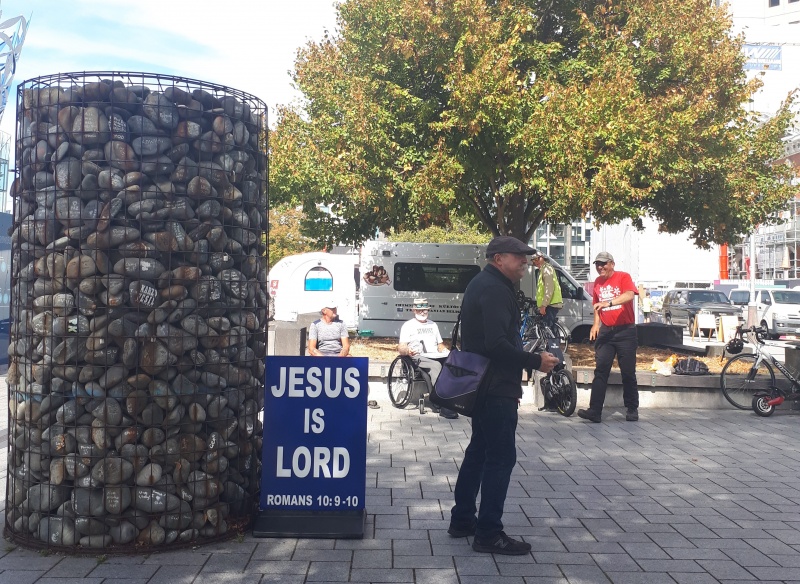 On Thursday I was mainly sharing the gospel online.

Early in the day I had a rare reconnect with a couple of guys I had talked to the previous day (pictured).  He broke the stunned silence first and said, “I talked to you yesterday, now bleep off” and he promptly disconnected.  I’m not surprised by his reaction, he is a homosexual, and I had shared the gospel with him and been respectfully faithful to the Bible’s teaching on homosexuality: it’s sinful.  Providentially God reconnected us.  May he not forget the gospel, and the loving offer of mercy and forgiveness as a gift!

I had two highlight conversations during the day.

The first was with a guy from Italy.  A twenty five minute conversation.  It was wonderful seeing him being deeply challenged as his questions were answered and his understanding of the gospel corrected.  I could tell he was deeply challenged because he made an interesting comment: “people don’t change overnight”.  I read that to mean he now needed to re-evaluate his world view in light of this new information.  He was taking it seriously, not just glibly believing that Jesus died to take away his sin - there is nothing glib about it!  Yet interestingly, people DO change - instantly - when God converts them with the power of the gospel.  Just before the chat ended, I asked a final checking question - he got it right.  I leave this man in the hands of God.

The second was with two guys.  We got into a heated exchange over how we know that God exists.  I assumed it wasn’t going to end well (them doubling down and disconnecting).  I explained why, logically, God must have no beginning.  One of them went quiet while the other kept arguing.  Thirty seconds later he quietly said to his friend - he just answered the question my grandparents never did.  The whole conversation changed tack!  It became calm, and they both opened up to hear the law and the gospel.  Praise God.  Romans 1:18-20 is so powerful!  I spent time answering all their follow up questions.

During Thursday, I was also part of a gospel + abortion outreach outside Christchurch hospital.  We had between six to eight counter protesters throughout.  There were only three of us.  There was some initial two way conversation, where I was able to clarify that we also stand against rape and pedeophillia, as well as murder.  They calmed down after this, and pretty much left us alone.  They sat on the hospital wall opposite us for the whole time.  The rest of the outreach was fairly calm, where we left our signs to do most of the talking.  Lord, have mercy!

On Friday I was online before heading into Christchurch city.  There were a lot of people in the speaker's corner, Christians, hecklers, and everything in between.  I became engaged in a one to one conversation with a guy who had a real mix of religion.  But it wasn’t really a conversation, it was mainly him talking and me being cut off all the time.  I got sick of it and started ignoring him.  When he finally stopped talking, he started listening to the preacher: Marty, who was wonderfully proclaiming the gospel - which is the power of God for salvation!

As I was taking the photo’s the guy in the red t-shirt got up and started interrupting Marty.  To our pleasant surprise, four kids called out asking the red t-shirt guy to be quiet so they could continue listening to the gospel!  Marty and I were able to engage them in direct conversation after the preaching finished.  Sadly, they didn’t stay long, but they all left with tracts.

After that, the atmosphere of the place turned a bit sour as various people were arguing about something.  I couldn’t be bothered with it, and left to find people to talk to in Cashel Mall.  There I paired up with Roger, and we had a wonderful time sharing the gospel.

Tomorrow (Saturday) a team will be at the Malvern A&P Show for a day of evangelism training and gospel sharing.  Please keep us in prayer!  Thank you so much. 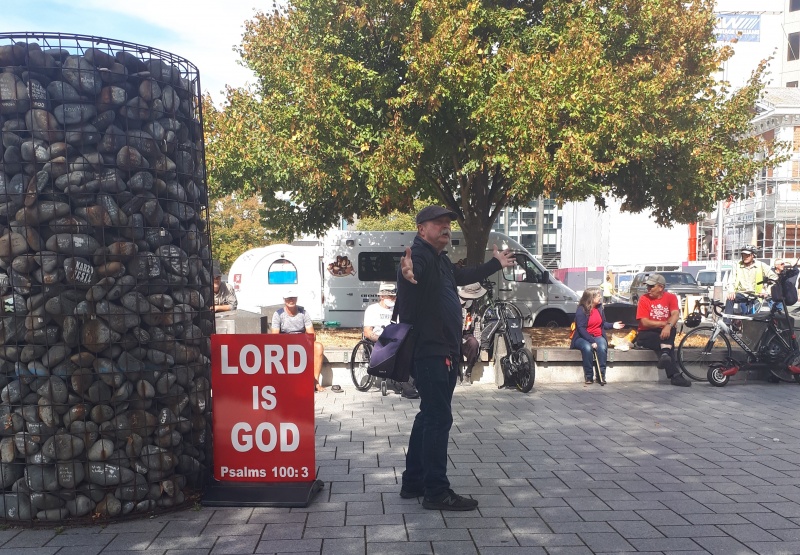 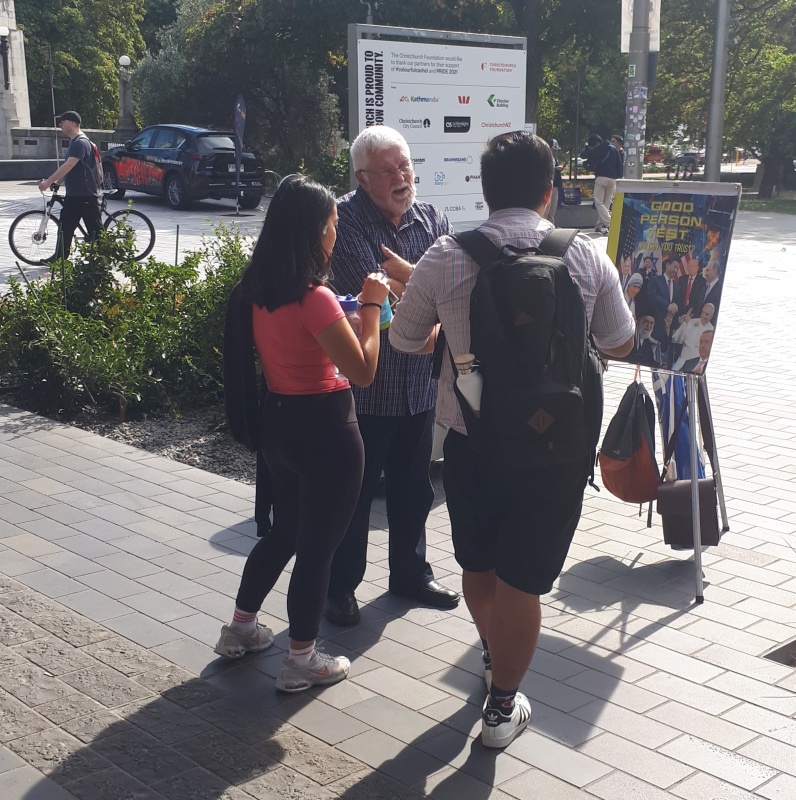 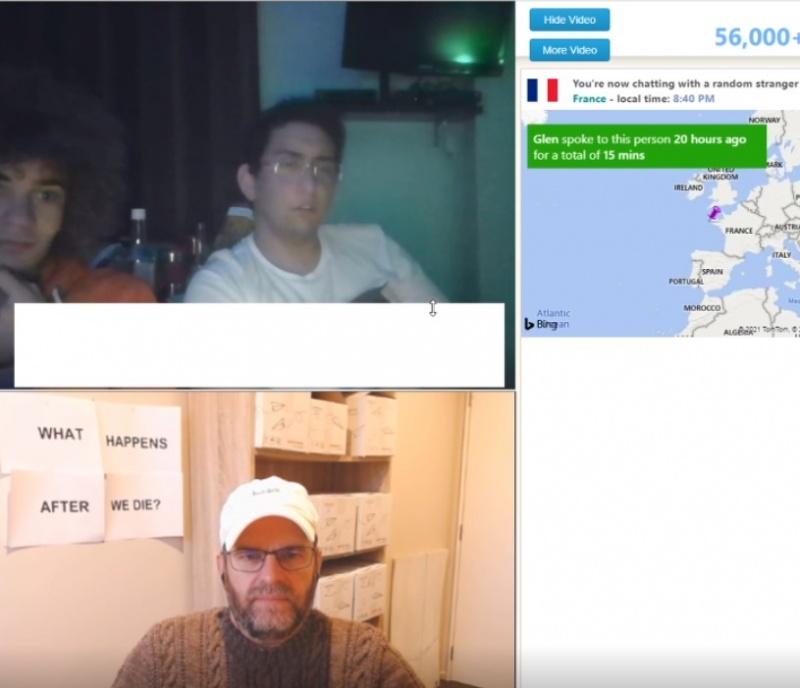