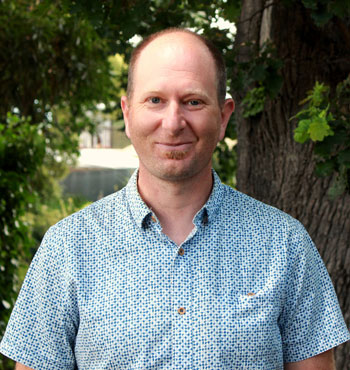 With regards to the years before my conversion, I regularly and enthusiastically attended a Brethren Sunday School from age 7 until age 12, though my time there left a strong and positive impression upon me, I left their spiritual input and care without a meaningful appreciation of the Gospel, nor did I have a testimony of God's grace working in me in a saving manner. As the years went on, my time as a teenager was governed by sin, self and a desire to do my own will rather than God’s.

At the age of twenty my older sister invited me to a Elim church service in the city of Christchurch, she said she had enjoyed it and that a lot of young people attended, I remember telling her that I didn't need to go to church to be a Christian.

Though I was resistant, my sister was persistent, so she eventually persuaded me to come along. Having only my experiences at a Brethren church and no personal knowledge of the scripture as a reference point, the services were not what I had expected, especially the strong focus upon manifestations of the Holy Spirit.

After about a month of attending, Fergus Mcintyre (connected to C3 at the time) came to minister at church, as he spoke and prayed for people I became very uncomfortable, in all honesty I wanted to leave the meeting.

Before I could, he made a joke that the doors were locked so nobody could get out, he also said that he was going to pray for everyone, rather confused and concerned I lined up for prayer like everyone else.

I was prayed for, or rather I was pushed over in the name of Jesus and surprisingly…...I began to laugh hysterically, this was just the beginning of many profound experiences along these lines, as I became more acquainted with Christian fellowship within the Elim movement.

What is interesting to note, according to my memory, not a single person even attempted to explain the gospel to me during my time there, the vital issues of the gospel and the nature and evidence of conversion were completely neglected, nor did I ever hear these topics dealt with in any meaningful way from the pulpit, people just assumed that I was converted because I was turning up on Sunday.

What I also need to mention is that I obviously look at those early years through a very different lens than I did then, regarding Fergus Mcintyre, I am deeply concerned for him, both his ministry and his spiritual well being, this is because of the false gospel (prosperity gospel) that he emphasized then.

What was key to my actual conversion was reading the bible personally, up until this time I had only read a handful of books from beginning to end, so reading the gospels was reasonably slow going. As I read, my desire to both read and understand what I was reading grew.

During this season I read the sermon on the mount for the first time. At the time I considered myself forgiven through Christs’ work on the cross, yet I was completely enslaved to the sin of lust. I had humanised God in my mind, in my idolatry I had fashioned a god to suit my sin. As I read through Christs sermon, I became very convicted that I was not a Christian, the reason for this was because the practical righteousness I was reading about was not my experience, nor did I desire it to be so.

It was through reading the sermon on the mount that I realized true conversion is not simply keeping the letter of the law by not committing adultery (because I wasn't, nor was I comitting forncation). But rather, being delivered from the power of sin at a heart level, which is at the root of all outward sinning.

The sermon on the mount and especially Christs expounding of the law regarding adultery was like wave upon mighty wave that worked to erode the sandy cliffs of my false assurance, until a mighty collapse. From this point I sought Christ in humility feeling that hell was the place i belonged and desiring to be set free from the power of sin!

Although I can't pinpoint the day of my conversion, this is what lead to it, and although I couldn't explain my experience quite like this at the time, what I did become aware of was conviction of sin, leading to hope in Christ, this in turn lead to new affections. I now had a deep desire to love and please God, this was motivated by Christs death in my place, which gripped my heart with appreciation.

The sermon on the mount now resounds with the new life I have as a result of my conversion, rather than undermining it (in a general sense, rather than a perfect one).

Heads out to the streets of Christchurch for outreach usually 6 days a week to various locations.