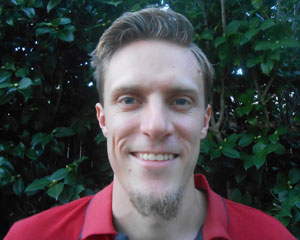 I was raised in a quasi Christian household. My mother was a believer but my father was not. He was however open to Christianity and regularly took us to Church and chose to lead us in bedtime prayers. From my earliest years I believed in God as best I knew how.

At age 10 I made a conscious decision to give my life to Christ and recorded this decision in the back of my Bible. Over the next few years however I drifted away from Christ in my day to day lifestyle. Whilst I would readily assent to the truthfulness of the Christian faith I would deny it through my words and actions. This was caused by a combination of youthful curiosity as well as my own sinful desires. My family during this time ceased going to Church due to my mother’s ill-health and I had little Christian input in my life.

A significant turning point in my life occurred however at age 14. After four years of spiritual lethargy I was awakened to the reality of eternity through the travelling show “Heaven’s Gates and Hell’s Flames”. Any and all travelling shows in my hometown of Crow’s Nest were big news so it wasn’t long before some friends of mine invited me along. As far as travelling shows go, this show was both serious and blood-earnest.

Heaven’s Gates and Hell’s Flames chronicled fictional people from all walks of life and their eventual demises. Some were old ladies who lived many decades. Others were teenagers like me whose lives however were tragically short. All characters eventually found their way before the Great White Throne and God’s judgment was delivered. God used this vivid portrayal to blast me out of my spiritual stupor and brought me again to a realisation of the reality of mortality and the importance of eternal things.

I came forward at the altar call and spent the next few years of my life being mentored by a wise middle-aged man from my local AOG Church. Since then my journey with God truly has been thrilling, challenging, heart-wrenching and exhilarating (to say the least) and I’m thankful for what He has done and will continue to do in me and in the lives of those around me.