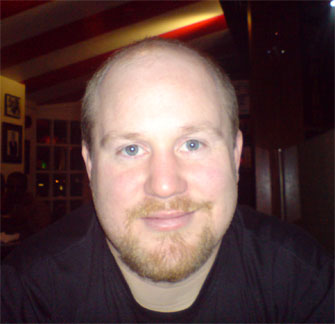 Robert was born in Cardiff, and at the age of seven moved with his family to a new life in South Africa. He heard the gospel often in school and in other places. At the age of ten, on a school weekend camp, seated around a campfire, he heard the call of the Gospel from his teacher. Whilst not fully understanding all that he heard, he did come to the understanding that he needed to turn to God. He asked Christ into his heart but primarily because he was asked to do so, rather than making a commitment which would be life changing. However, from that moment on, Robert never doubted God's existence.

His teenage years were without the indwelling presence of Christ although there were those who shared the Gospel with him. During that time, some friends went to a CU camp and returned having been touched by Christ and wanting to share the Gospel. Rob was invited to go to church, went, and found many of his misconceptions taken away. It was however the power of God's word that drove him to see Christ as his needed Lord and Saviour.

Rob was baptised at Meadowridge Baptist Church in March 1994. His early Christian life was characterised by a quick involvement in Sunday School. Teaching the Bible was a valuable means of learning it for himself in order that he could teach. He joined a home group and undertook youth ministry.

In 1997 Rob came to England. It was a year of reflection during which he believed God was calling him into the ministry. In 1998 Rob enrolled in the Cornerstone Christian College in Cape Town and took a degree, graduating at the end of 2000.

Rob served as the youth pastor in a Methodist church for one year in 2001. It was a difficult year but brought growth and encouragement as God used him. Joining a pastors' fraternal Rob became linked with a charismatic church and as a result came to the UK to help the planting of a new charismatic church. He served there for four years.

It was during this time that Rob came to appreciate and accept the purity of the Scripture's teaching. He also came to accept the doctrines of God's sovereign grace in salvation. Those truths revealed a previously not known understanding of Scripture, which led to Rob studying deeply charismatic issues and the discovery that the truth of Scripture differed from what he had been taught.

In 2006 he realised that he had to follow his conscience and hold to his convictions regarding the salvation, which he had found in the scriptures. He made a break with the past and looked for a church that believed as he did and would assist him to grow. He was led to Trinity Road Chapel as a result of contacting 'Grace to you' and speaking to a director of the Martyn Lloyd Jones Trust.