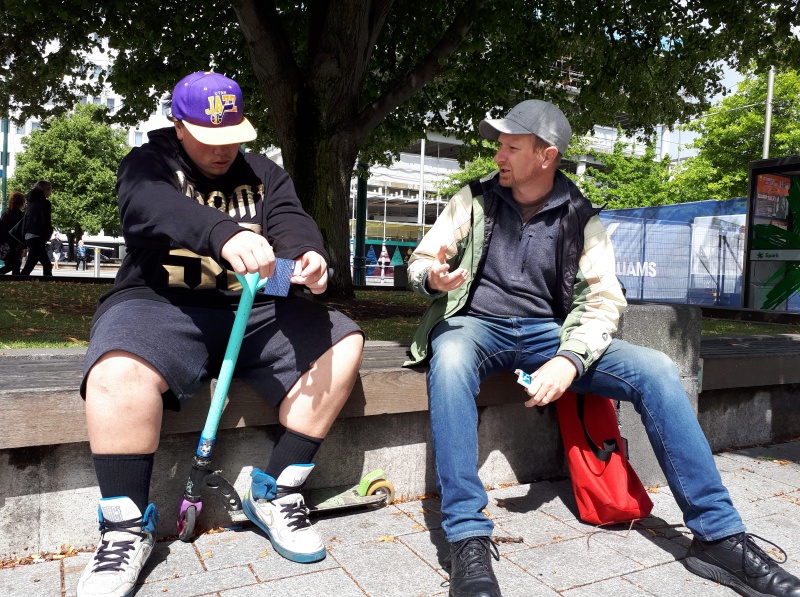 Day 6 of 10 of the summer mission to Christchurch (NZ).  We awoke to rain.  Heavy rain.  But we decided to not let that stop us.  From previous experience I knew, at the very least, that we would be able to hand out tracts and have conversations outside the bus exchange.  And that is exactly what we did, after first gathering for a time of prayer.

2 solid conversations were had there, in spite of the heavy rain.  1 with an atheist from the UK, and 1 with a young Jewish man.  We praise God for that!  The rain finally eased enough for us to move out to other parts of the city.

But, unfortunately, even the Buskers Festival wasn't running due to the weather, and there weren't many people about.

We had an early lunch as a team, before heading back again in the afternoon.  The weather steadily improved drawing people out, and more conversations were able to be had, including a long conversation with a group of homeless men.  And then, finally, the sun broke through!

We headed to Cathedral Square and ended up having a wonderful conversation with 2 kids out on their scooters.  As you will see from the pictures, 1 of them was particularly impacted, and you could tell he was seriously processing the gospel message being shared (sadly, his friend got bored, and scootered off).

One buskers act did occur, and a crowd gathered for it, allowing tracts to be distributed.  And late in the day, a man who was fighting stage 4 cancer, heard the gospel via flip chart -- his wife didn't want to be involved, waiting down the foot path, but the man wanted to stay to find out why I was there, it was my privilege to present the simple gospel message to him!

I told him my prayer is that he would be healed, and fully recover - but the reality is that we will all die and face God on judgment day.  He was challenged to repent and put his faith in Jesus today. 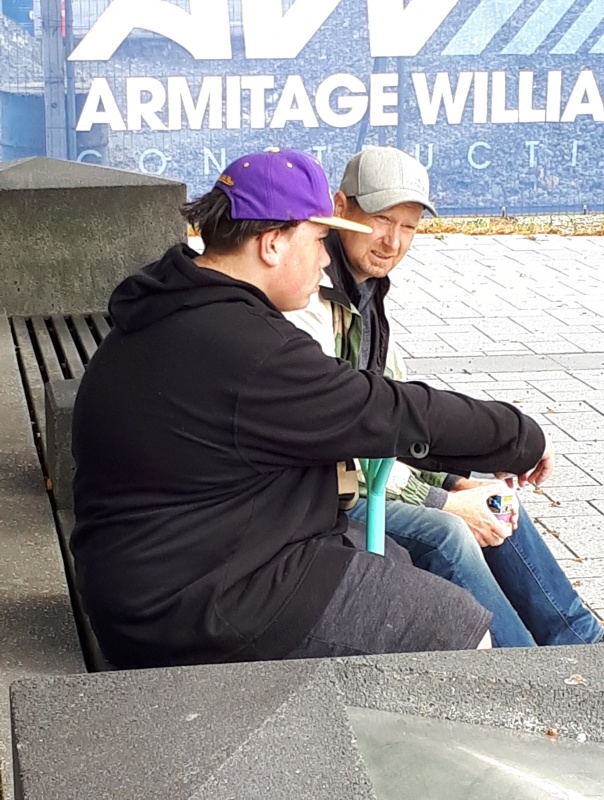 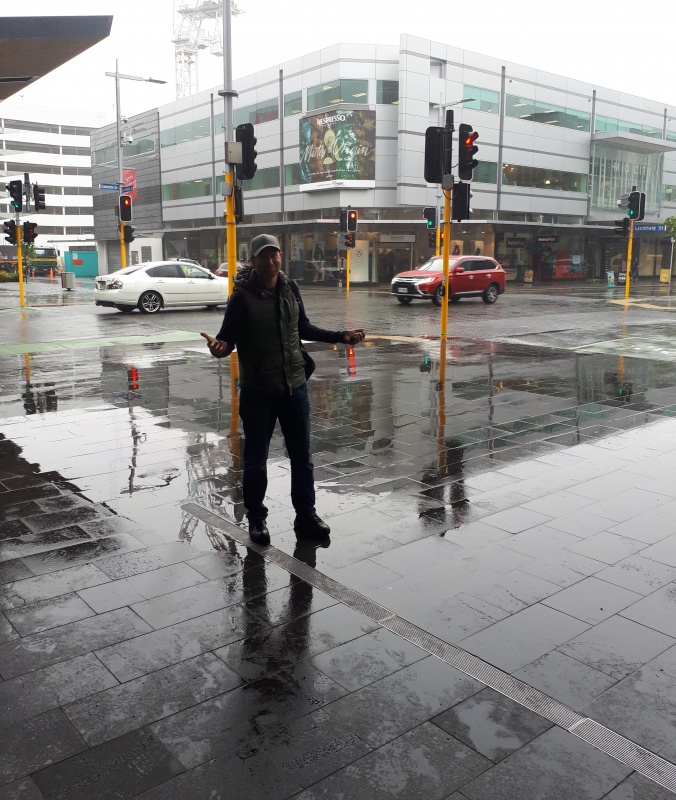 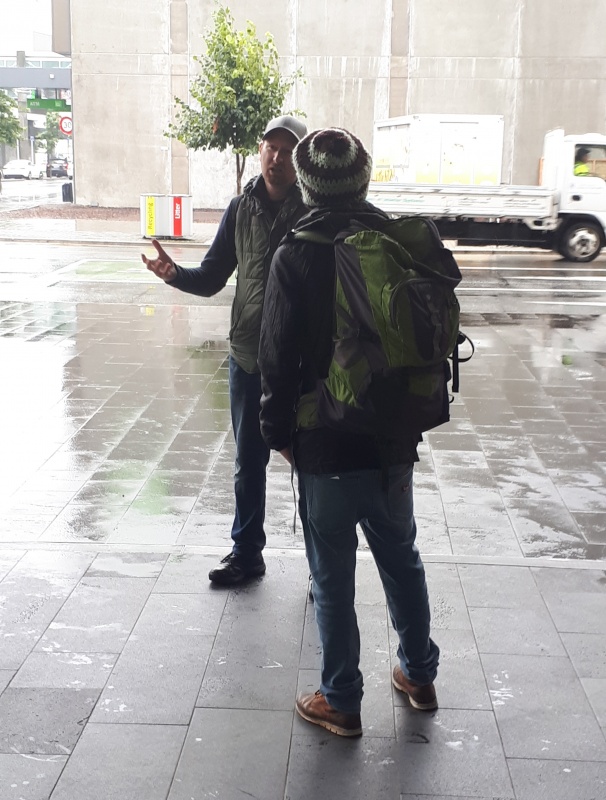