It's been  hectic for several weeks now with the arrests and legal challenges we have been facing. We have all been arrested twice,  falsely imprisoned and had to make several difficult decisions regarding these things, however we as a team have decided to fight for our rights to political and religious freedom in Australia. I am going to avoid commenting on our current legal battle for the time being except to state that things are proceeding as expected and we are actively seeking to legally gain our civil liberties and freedoms on the Sunshine Coast. Please could I ask you to pray for our ministry and the government and it's representatives at this time.

This morning Ryan, Justin and I met early as we had been invited to attend a meeting with council.  We met and prayed and then we travelled to Nambour to the meeting with the council. The meeting unfortunately was as we expected and was really a waste of time and an opportunity again for the council to tell us how wrong our interpretation of the law was. We left upbeat thanking God that he would use this meeting to further His purposes.

Due to bail restrictions we we unable to preach in Nambour today so we headed to Maroochydore and met with a friend named Michael. Michael is a local Christian businessman and a keen evangelist. Apart from most graciously providing lunch for us he also told us the best spots to preach and give out tracts in the area. So having enjoyed a meal and some fellowship we headed to the Plaza. We set ourselves up outside the Plaza and passed out many tracts and we all got involved in conversations. Ryan spent some time with three young lads, one of the lads said he was a Christian but his brother had talked him out of it of late. He seemed keen on finding out more and all four  had a long conversation together. The young men all said they would think about things some more after Ryan explained the good news to them.  As we were leaving and heading back to the car, I was giving out tracts and then I met with another young man who said he wanted to find out more as he was unsure about the Christian Faith. We talked about the ten commandments, sin and the coming Judgement followed of course by the good news. He was happy to take a free bible and an invitation to a Christianity Explored course invitation from my local church. Please pray that he will repent and put his trust in Jesus Christ and that he will read the bible and attend the course to find out more.

We then headed for the crowds at Mooloolaba beach.  I started the preaching off reading from Romans 1, and talking about how although people know the truth of God they suppress that knowledge in favour of living selfish sinful lives denying all knowledge of God. I was near a large coffee shop and many people turned to listen to the message. I was approached by three "lighthearted" hecklers, who I had a fruitful conversation with. I pray the Lord left them with something more serious to consider than they had expected I ended the preaching with a call to faith and repentance, and also a thank you for listening to the captive coffee shop audience.

We moved along the sea front giving out tracts as we went and finally we found a suitable location for Ryan to preach. As Ryan preached several business owners appeared claiming we were breaking the law. One particularly said he was a Christian but didn't think that Christians should disrupt business. Ryan continued as Justin and I talked to the business owners and passed out many tracts.

Further along the seafront again Justin got up and preached. I could see several people actively listening to his message. Justin is much more softly spoken than Ryan or I, but he used his tone and knowledge of the scripture to full effect as people had to turn an ear to listen. I really enjoy listening to a gospel presentation from Justin and wish I could sometimes just sit and listen, but quickly Ryan and I both got into separate conversation with professing Christians. Of course anyone who professes to be a Christian is asked questions so we can be sure if they understand the gospel.  The young man I got talking to was very excited to hear the preaching and his gospel knowledge was sound. He was on holiday from NSW and was enjoying some family time in Mooloolaba. We talked about preaching and evangelism and he considered it very important personally which was of course a pleasure to hear. I pray as he grows he keeps this conviction and learns to actively share his faith. I pointed him towards some good free resources to look at when he got home.

For me today has been an absolute privilege, I have enjoyed serving my Lord and saviour and working with Ryan and Justin who I love as brothers in Him. I thank and praise God for giving us all a day without hassle from the police or council as we preach and also for the many encouraging words and conversations we have had. 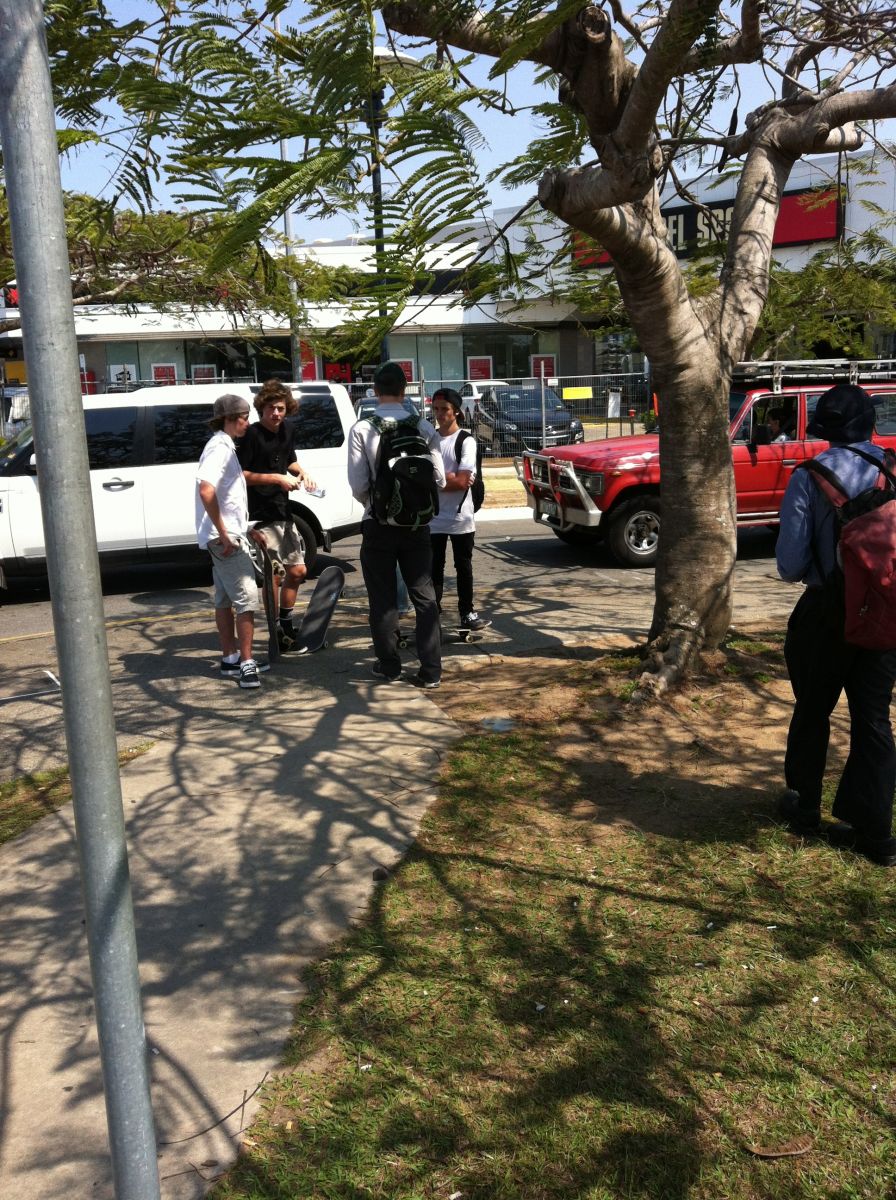