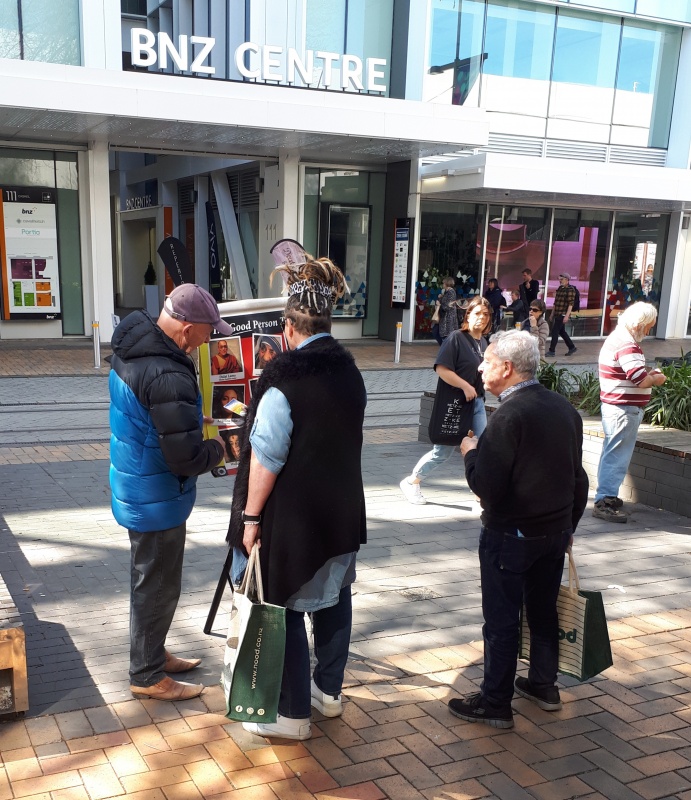 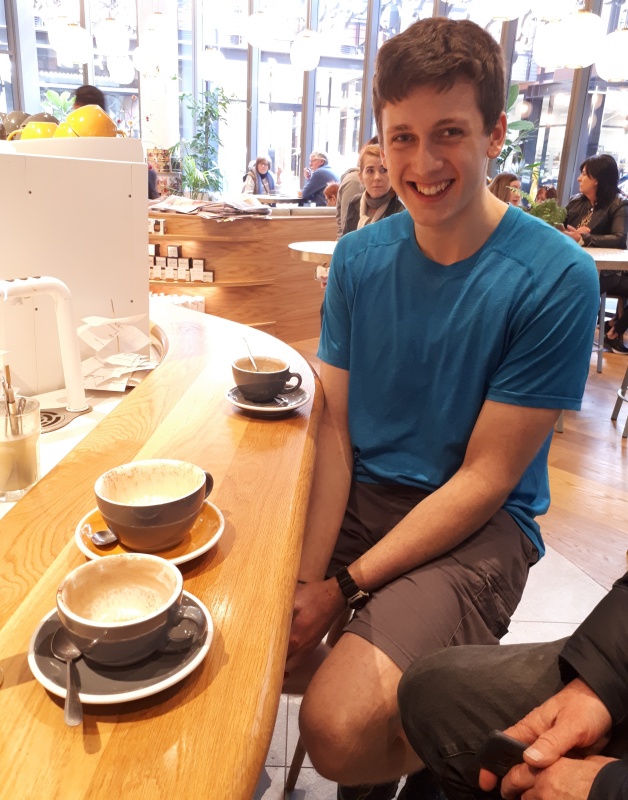 There were lots of people in Cashel Mall on Sunday.  Probably due to one or more of: nice weather, school holidays, and the new Riverside market.  Unfortunately, most of the people were not the type that would be willing to stop for a Gospel chat.  But it was an eventful outreach anyway.  It was great to have six people out sharing.

The lady and gentleman pictured walked right past Tim and I, but for whatever reason, they stopped to talk to Greg!  The lady took great delight in letting me know this.  It didn’t bother me at all. :)

Earlier, my first conversation was a long one with a tourist from the Netherlands.  He was telling me about some of the hiking he had been doing in the USA, which I took a genuine interest in, before gently swinging the conversation to the important questions of life.  Sadly, he suppressed the truth, and denied the obvious - he didn’t even want to hear the Gospel and refused the tracts I offered him.  We shook hands as we parted ways.

I then noticed a guy (an ex-streetie) that I’ve been witnessing to, on and off, for about a year.  I pray for him regularly, and hadn’t seen him for a long time - so it was good to be able to catch up.  We were able to talk about spiritual matters, and at the end of the outreach I prayed for him.  I don’t think he has trusted in Christ for the forgiveness of his sins yet - but I’ll continue to be a witness to him and pray for him.

At one point prior to that, I was talking to him about another streetie who I had been witnessing to.  The last time I saw him was the previous Saturday, and sadly, he had been in a bad state then.  But amazingly, as I was talking - the streetie turned up!  I was able to have a long catch up with him as well.  And prior to that, Tim was able to talk to him.  He wanted a Bible, and one was given to him.  Time was spent going over the Gospel with him again.  I was very relieved to see him in a better state.  I’m praying that gift of repentance and faith would be granted to him!