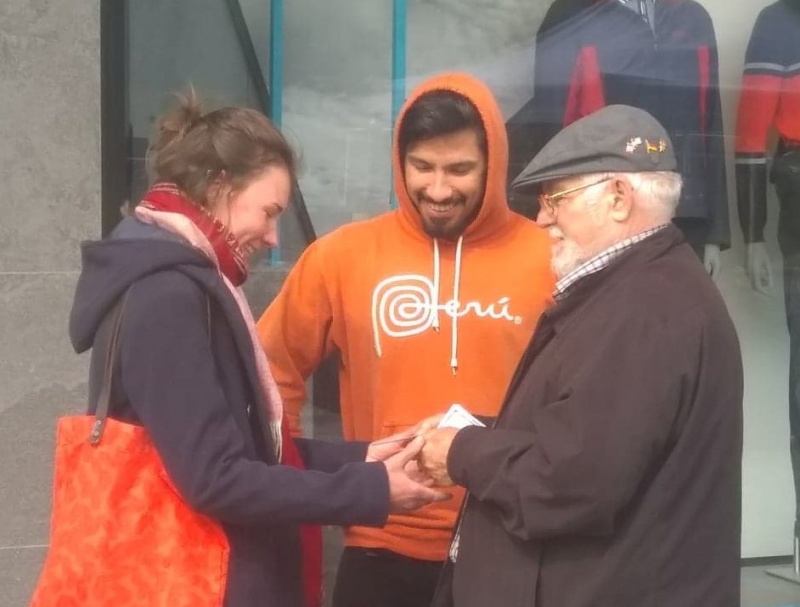 Thursday afternoon was a very busy time of Gospel ministry: first at the Eastgate bus stops, and then at the Northlands bus stops.  We are the bus stop chaplins!

At Northlands I had a long conversation with a man who was drunk.  It was a difficult conversation in many ways, not the least that his breath was really bad!  In lots of ways, it would have been easier to disengage and find someone easier to talk to.  But I persisted - Jesus can save the worst through the Gospel… He saved me, so why not him?

I had to be patient as I worked through the law with this guy for was constantly changing the subject.  I kept saying, “I have good news for you, but you won’t understand it until you understand the bad news - there is hope!”  I was aware of a lady who was hanging around.  She soon joined the conversation, and eventually said, “I want to hear the good news!”  But the drunk guy kept making it difficult for me to share with the lady.  But I persisted, and managed to share the bad news and good news with her, just before her bus came!  She took a tract, and said she was struggling with stuff in her life and that she understood what I was saying brought hope.

I managed to get through the bad news and the good news with the drunk guy too.  May true hope for eternal life, through Jesus alone, become clear to them both.

Later I had a great encouragement.  Two girls sitting in the back seat of a bus across the road start waving at me and smiling. I was trying to work out what they were trying to say to me - but it's impossible to communicate in this way, so I cross the road and hop on the bus to find out what's up. And the first thing they say is: "don't you remember us?". I apologise, and say that I talk to so many people that I don't remember them all. And then they say, “you talked to us in the city. We are Christian's now, and are going to church!” They took tracts and I asked them to touch base. I couldn’t stay, as I had to get back off the bus before it moved off.

The Abortion outreach on Friday morning was as difficult as ever.  But it felt like the new banner (pictured) led to more conversations.

The Wizard has started public speaking regularly in Cathedral Square.  Speakers corner is starting to become quite vibrant.  I was able to have some great Gospel conversations, with people just passing through, and also with regulars.  The Wizard allowed Andy to preach from his ladder - and there were many listeners.

We then moved to the new Riverside market near the Bridge of Remembrance.  Many people were about, due to the new market, nice weather, and the school holidays.  The team had many opportunities to share the Gospel - both with flip charts, and walk up.  Check out the photo of Roger using the illusion tract to engage a couple of tourists - they loved it!

As always, thank you for your prayers and support of the Christchurch (NZ) team!  All glory to God. 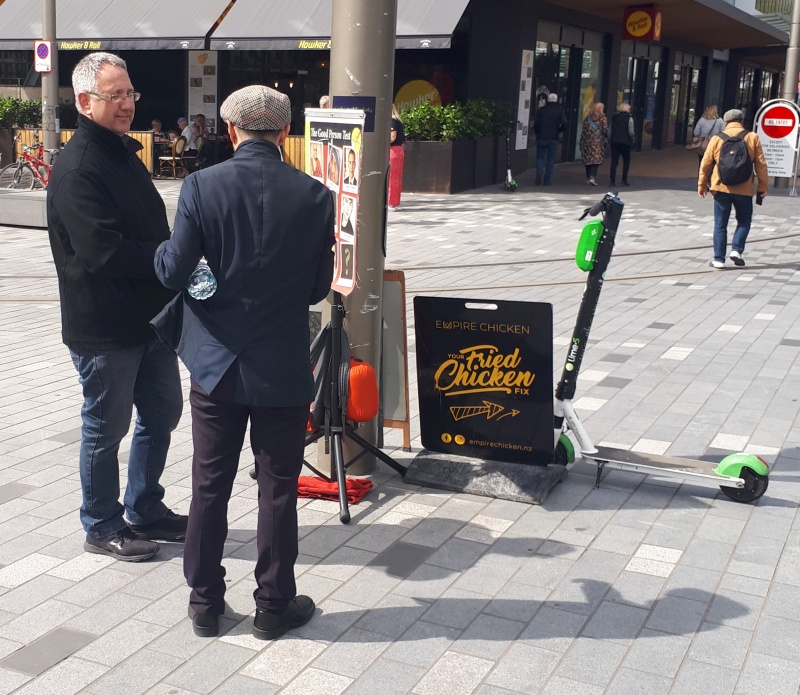 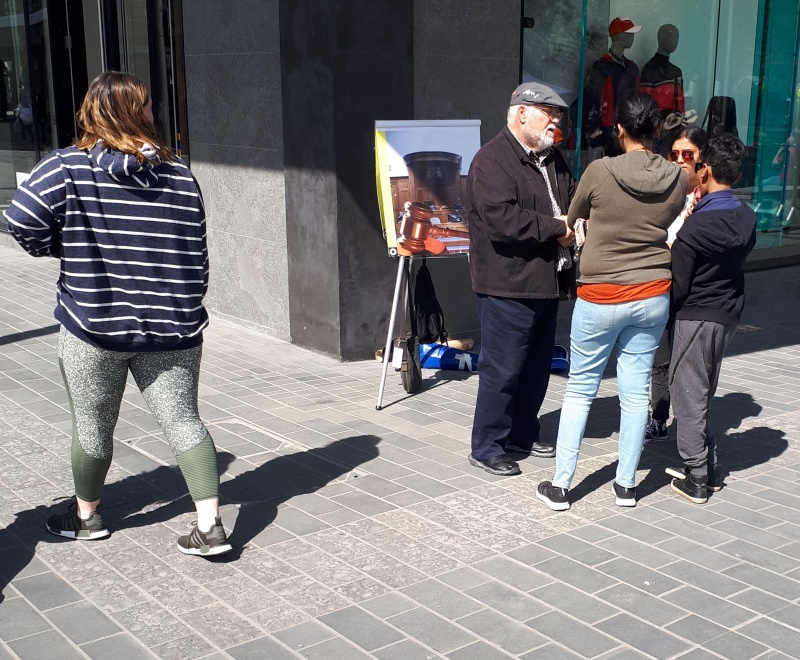 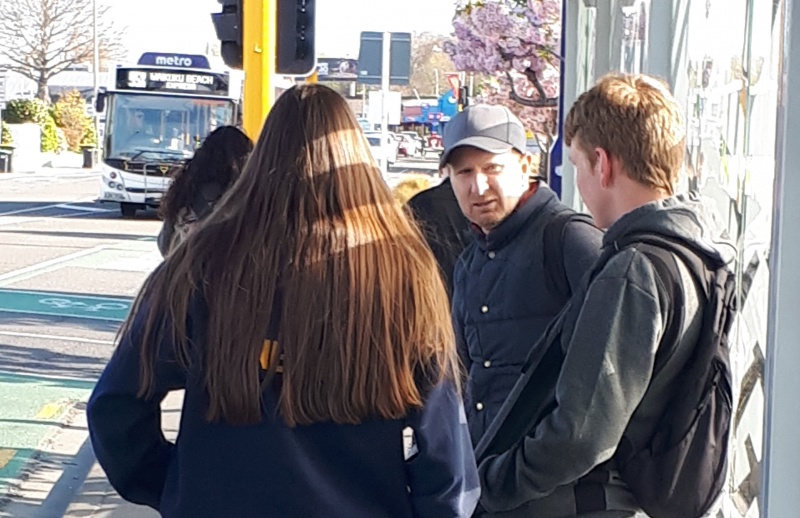