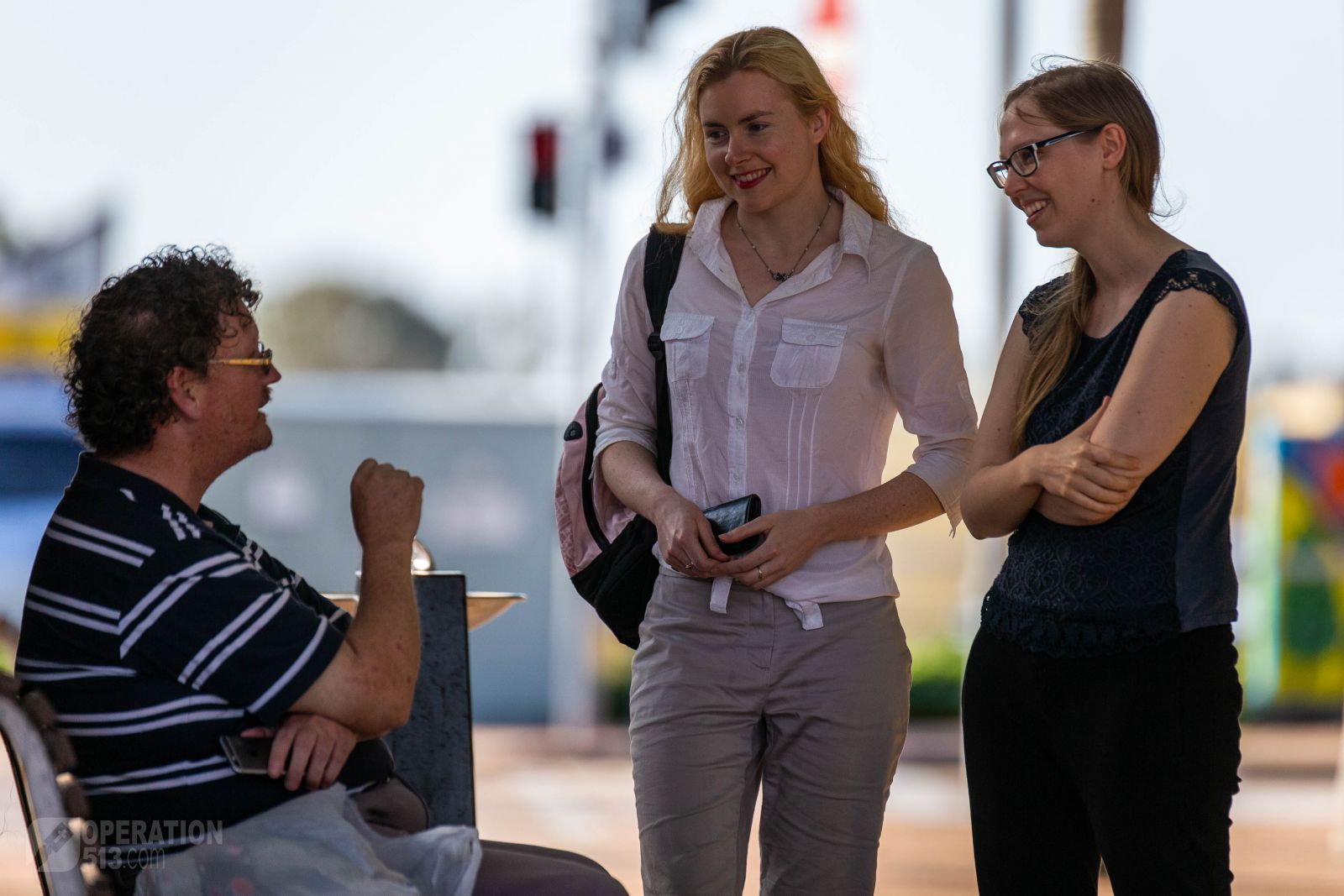 This afternoon at Capalaba there were five team members out! Praise God for raising up new labourers to come and declare His glorious Gospel!

A lengthy and early on conversation was had with a lady named Caitlin. She hadn't really thought about eternity much before and wasn't sure if there was one. She thought there may be a God but definitely not a judge.

After many questions were asked and she began sharing some things about the background to her beliefs she shared that she went to a Catholic, school and university. This was an opportunity taken to ask, "After all that study, what do you think the main point of Christianity is?"

She shared that it was all about living. Living properly and living well. That's all the Christianity teaches, how to live. Then she was asked, "If Christianity is just about living, what has Jesus got to do with it?" She responded, He is the role model, the one that shows us how to live.

It was pointed out that in one sense this is true but then she was asked, "If Christianity is just about living and Jesus is just the perfect role model, why did Jesus have to die?" 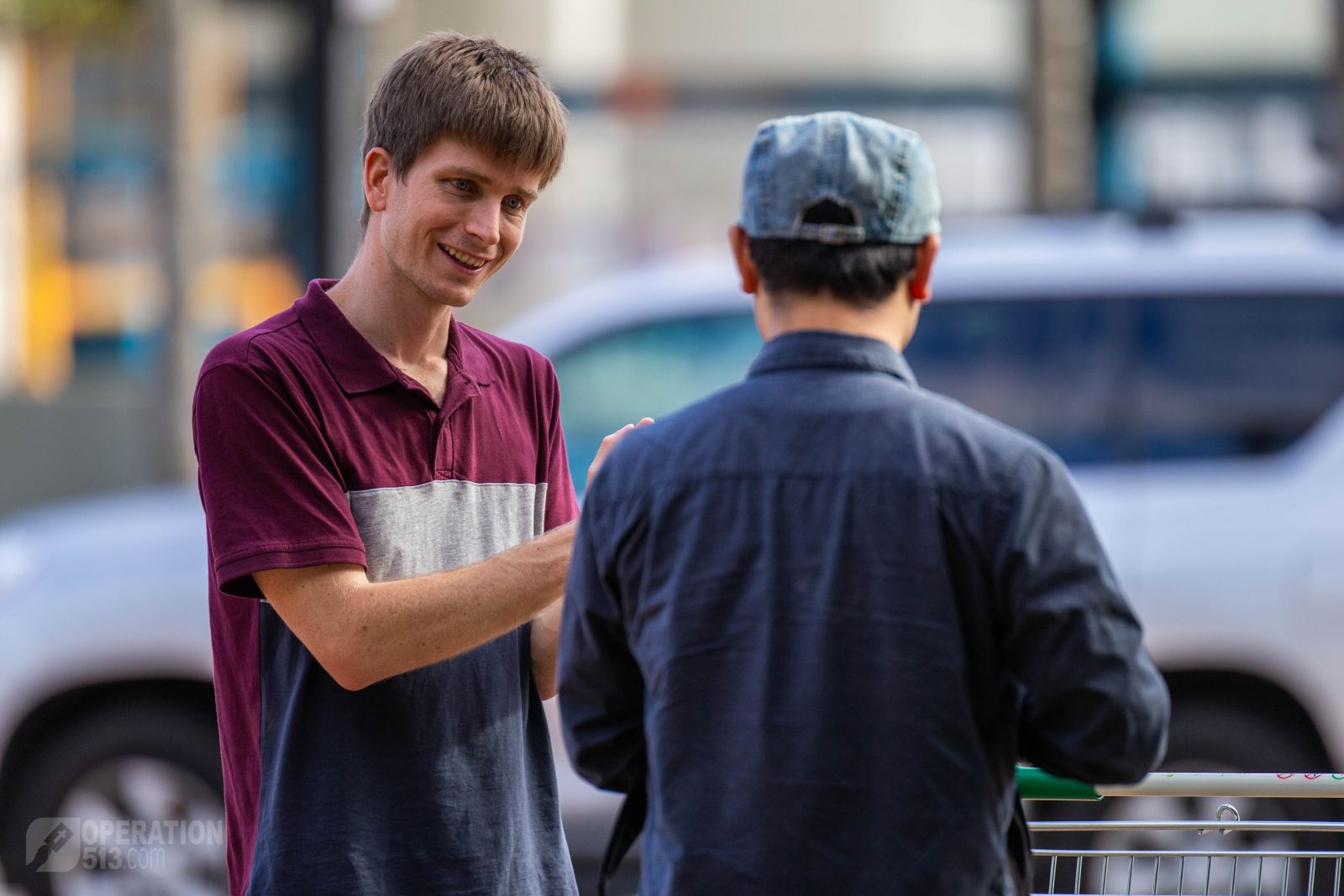 She wasn't sure. Then she asked, "What is Christianity about and why did Jesus have to die?"

From that point Christianity was explained to her step by step. She came to hear and understand that Jesus isn't just a role model but is the wrath-absorbing sacrifice for sinners.

She was a little surprised and asked a few follow up questions but for the first time in her life she understood the Bible, the Gospel and Christianity. She was encouraged to pick up a Bible and read it.

She also mentioned, that there are some Christians who do a "really bad job" of talking to people but noted that she really appreciated how the team spoke with her and was glad that she was able to have the conversation.

Please be praying for Caitlin, that the Holy Spirit will change her life, through the Gospel!

Another conversation was had with Sharon and Shae. They were asked, "What do you think happens after you die?" To which Sharon responded, "I am not interested in hearing about religion". It was pointed out that she was being asked a question, what did she think. This seemed to break down all the walls. 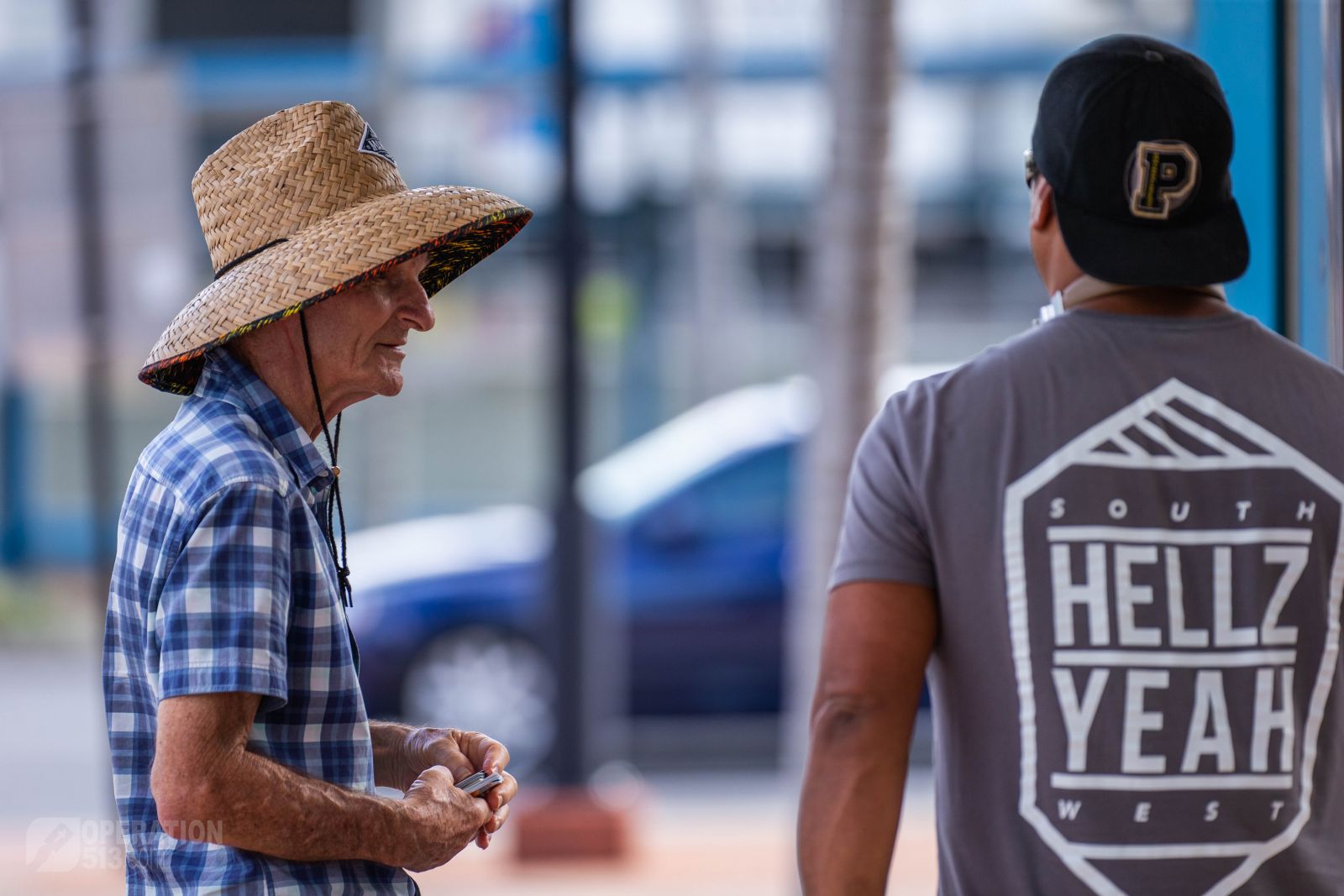 A lengthy and wonderful conversation ensued where Sharon and her daughter Shae heard a, question and answer, with explanations, summary of Christianity, who God is, what God Created us for, why sin is so bad, what the consequences are and what the only hope we have is.

Just as their bus was arriving the response to the Gospel was being explained, that Jesus commands us to turn from out sin, to Him. It was an exciting conversation from hostility to agreement and even a desire to hear and know more.

Please be praying for Sharon and Shae that God would use this simple conversation to change their lives! Praise God that He softens hearts, even allowing for conversations in otherwise challenging situations!