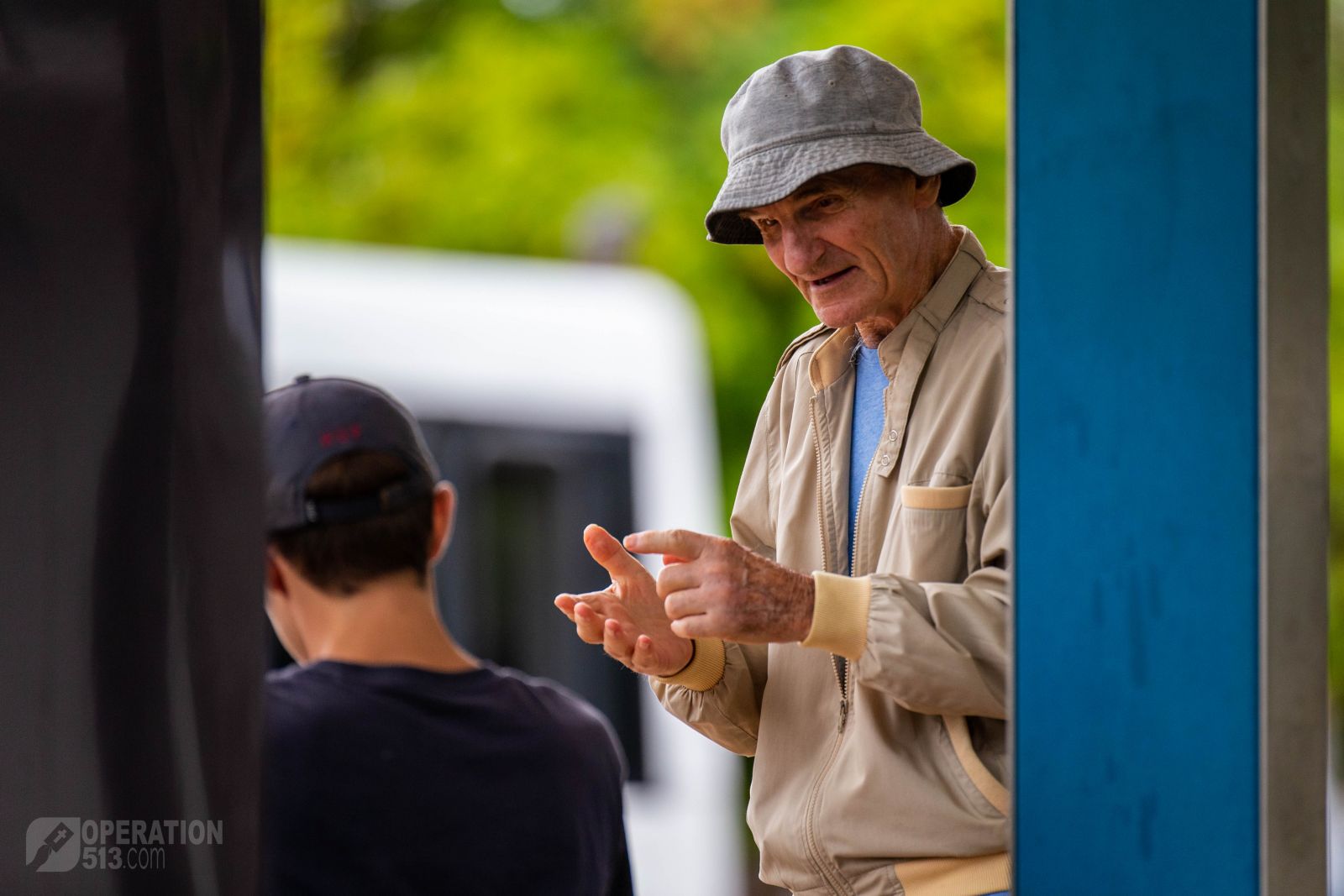 What is the best way to avoid feeling stale and out of touch with evangelism? Evangelising! It might surprise you to know that even a single day between Saturday's outreach and Monday's outreach is enough to forget simple analogies and explanations. It is also enough time to forget how important it is to be patient and Christ-like whilst evangelising.

It makes sense that as Christian's we struggle to declare the Gospel to people, to find the words to say or the patience to share, if we only do it once a week, once a month or once a year. Thankfully Capalaba is a location that brings a very quick reminder that overcoming evangelism is not primarily about learning more apologetics or memorising answers but it is about trusting in God, relying on the Spirit, fearing God more than men and being motivated by God's great love for us, in Christ.

This Monday as usual was filled with humility, hostility and hope.

A surprising conversation early in the afternoon was had with Erica. She had just the night before stumbled across and watched a Joseph story. 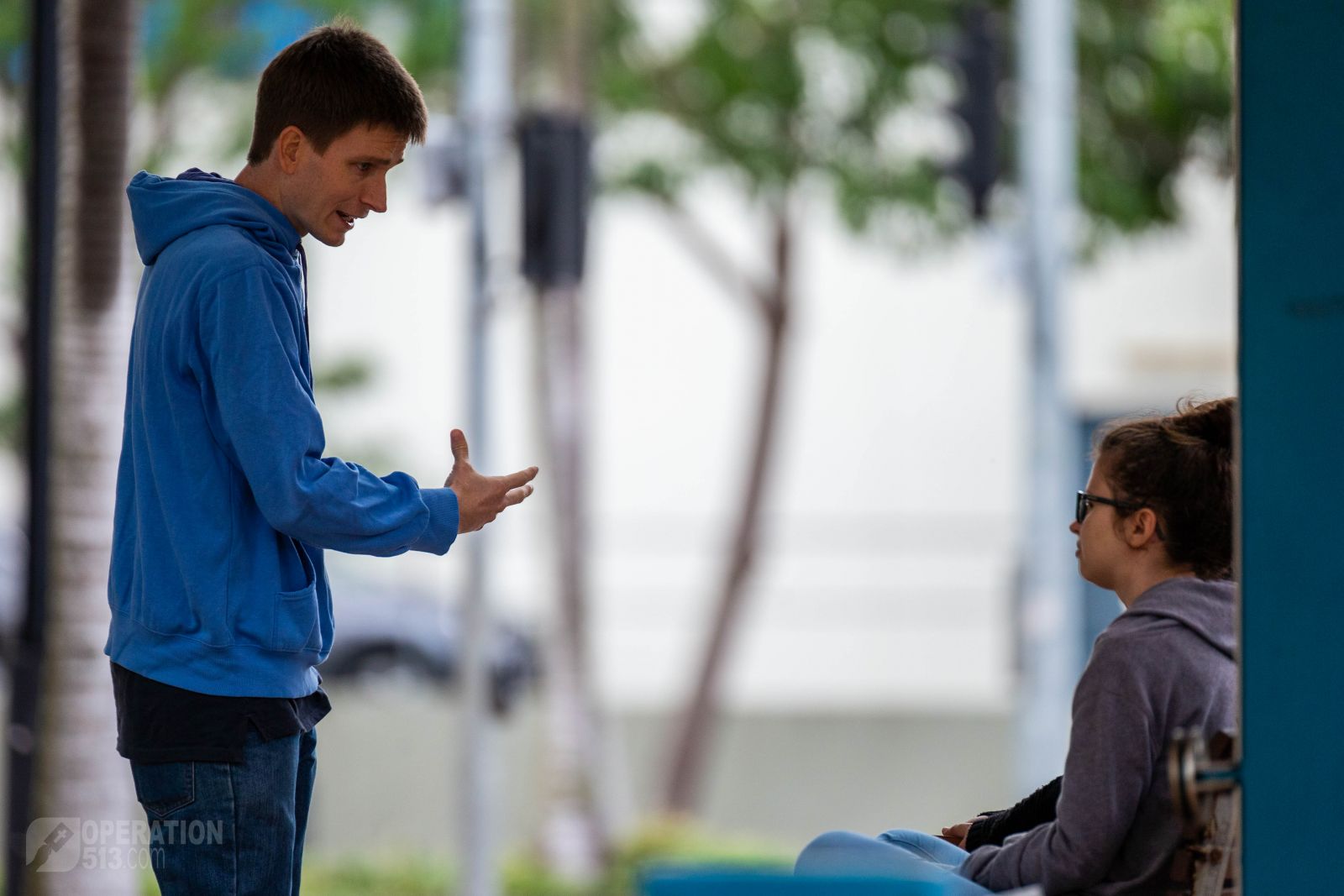 This was unusual but it was a good opportunity to explain not just the Gospel by how the entire Bible speaks of God's sovereign plan to save the human race, through, the Son, Jesus Christ, for His own glory. Erica also heard the bad news of sin and the hope found in Christ alone for salvation.

She said that she would count the cost of trusting in Christ and took a tract. She also was encouraged to read her Bible!

A sad conversation was had with Jeff. He declared that he had tried all types of Christianity, Catholic, SDA and Mormon. This was really sad to hear because somehow in his searches, he had missed actual Christianity. Jeff had a number of arguments against God and also claimed that none of the groups had worked for him.

As the Gospel was explained Jeff was surprised and said that he had never heard it before but then he jumped to his own defense and said, "no Christian wants to help me, they just want to condemn me".

It was pointed out that in the very conversation he was making that claim, a team member was listening to him, was offering him hope and help and was encouraging him to trust entirely upon Jesus for salvation. Sadly the conversation was cut off there as his bus arrived. Please be praying that Jeff was impacted by the patience, remembers the Gospel and turns to God, not just to a set of rules and laws.

Another encouraging (and funny) conversation was had with Kiana and Deagon. Kiana was unchurched and had very little understanding of the Gospel and Deagon professed to be a Christian but didn't know the Gospel either. The conversation was quite straight forward, God as Creator, Judge and Saviour was presented and the two understood it. As the Gospel was explained the pair said they'd never heard it before. As the required response was shared Deagon said, "I already believe in Jesus". To which, without a moment's hesitation, Kiana responded, "Just because you say that you're a Christian and go to Church, doesn't mean you trust in Jesus!"

Ouch! All Deagon could do was try and defend himself but he knew she was right. Then moments later, Kiana who seemed to have comprehended the Gospel and its response, when asked, "When will you trust in Jesus?" said, "I think I will at sometime." She was then asked, "Why not now? If you don't want to trust in Him now..." Finishing the question she said "Why will I wanted to trust in Him later?"

It was clear Kiana understood what God required of her. Please be praying for Deagon that her question was used by the Spirit to cut him to the heart. Please be praying that Kiana takes the truth she has heard and turns to Jesus alone for her salvation!

A final sad conversation was had with Jake. He heard the Gospel and many different explanations and answers to his questions but sadly after all was said and done he declared, "I understand what you're saying but I don't want to trust in Jesus because I love marijuana too much".

Please be praying that God in his severe mercy, would do everything required to strip Jake's foolish reliance on drugs away, that he will be bought unto salvation.