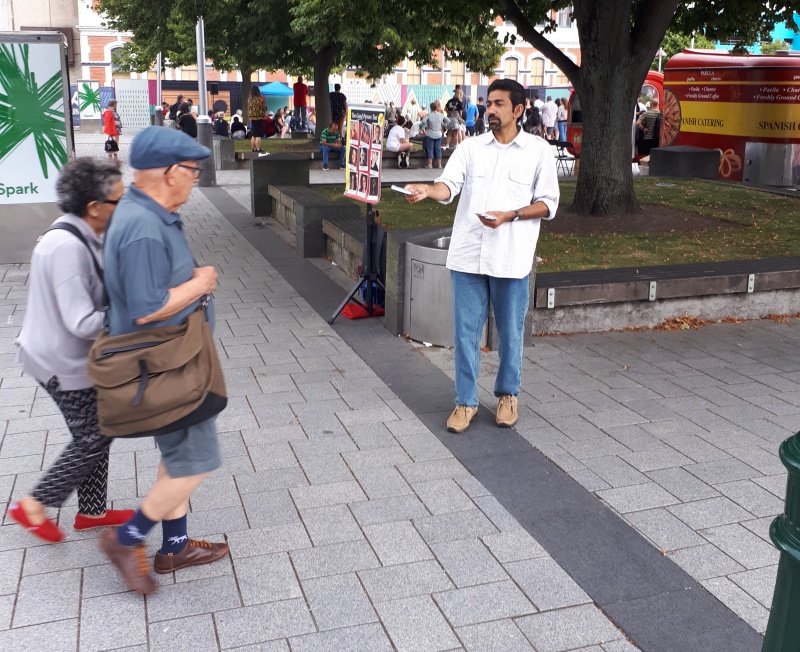 Day 5 of the summer mission to Christchurch (NZ) is complete.  We are now officially half way through.  We appreciate your encouragement, prayer, and support that is allowing this mission to happen!

Today is the first day of the Buskers Festival, bringing many people into central Christchurch -- to hear the gospel!  But the day started slowly.  I was feeling tired, and I wasn't getting any takers for a conversation.  A little bit of doubt started to creep in.  Are we being effective?  Is it worth the effort we are putting in?  But as I thought this, my thoughts came back to something I often say: even if no one stops to chat, or I don't give away a single gospel tract - I'm still being effective, and it's still worth the effort - simply because I am obeying my Lord who has asked me to go.  At the very least, I will be worshipping Him, as I stand on the street looking like a fool for Him.  He is worthy.

And it's not foolish, soon after: a man stopped, a conversation had started, and he heard the precious gospel!  It was only up from there, person after person stopped to hear the gospel - they were wonderful conversations, all glory to God.

Then something special happened.  The previous day I had preached the gospel, to seemingly little effect.  Afterwards I had handed out tracts to the few that had listened - but none wanted to talk.  But today, a group of 3 came past the flip chart - 1 of whom had heard me preach the day before and had taken a tract from me.  Today he, and his friends wanted to talk - praise God.  The conversation was difficult initially, as questions were being fired, left, right and center.  I had to rely heavily on the wisdom of God's word, and the experience he has given me in dealing with these situations.  But through it all, I managed to steer the conversation through the law and the clear evidence of creation and conscience.  The bluster of the initial exchange eventually died down, and the questions became genuine and serious.  A somberness came upon the conversation, and in light of that, I was able to share of the amazing grace of Jesus.  Sadly, there was still resistance from all 3 in the group - but they all took tracts as they left (except for the 1 who had received one the prior day - he still had his).  I pray that the discussion about the law and the seriousness of sin, would weigh upon their minds and hearts, having a plowing effect, that they would eventually hear the gospel again and it would find fertile soil in their lives - all to the glory of God alone.

Today being Friday, we also ran our new evening outreach, and in spite of the rain, there were many opportunities to share the gospel.  With: a group of 4 men from Belgium across from the bars and restaurants on Oxford Terrace, a young Israeli man in Cathedral Square, and a lovely vegan lady who was with a group of animal rights activists who were bringing about awareness of their cause (see photo - it seemed quite effective, could be an idea for doing something similar in the battle against abortion?  But maybe without the masks!)

It was a little bit intimidating sharing the gospel with this lady surrounded by her activist friends.  But all need to hear the gospel, and God is with us!  I deliberately worked hard to make sure the conversation didn't turn into an argument.  I also did my best to understand what she believed and why, and what the differences were between her and her friends beliefs (e.g., she believed in a god, but others were atheist).  I did my best to share the gospel, but the conversation didn't follow the usual template.  I talked about how there was no death in creation before the fall, and that, one day, God would restore creation where the lion would lie with the lamb (Isaiah 11:6 "The wolf shall dwell with the lamb...").  But I talked about how God killed an animal and used the skin as a covering for Adam and Eve after the fall - which prophetically pointed to Jesus, the lamb of God that would take away the sin of the world.  Sin has drastic consequences - including the death of animals.  We parted with a hug, and she gladly accepted a gospel tract.  May she, and her friends, come to know the only hope there is for the problem of death: Jesus.

Saturday we will be taking a much needed rest, Sunday we will run our usual afternoon outreach, and then from Monday to Friday next week will be the 2nd, and final, week of the summer mission.  Please keep us in your prayers. 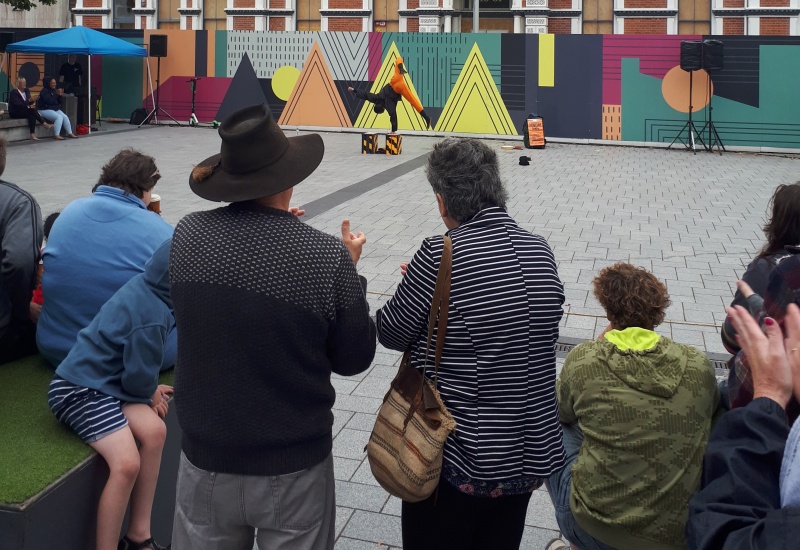 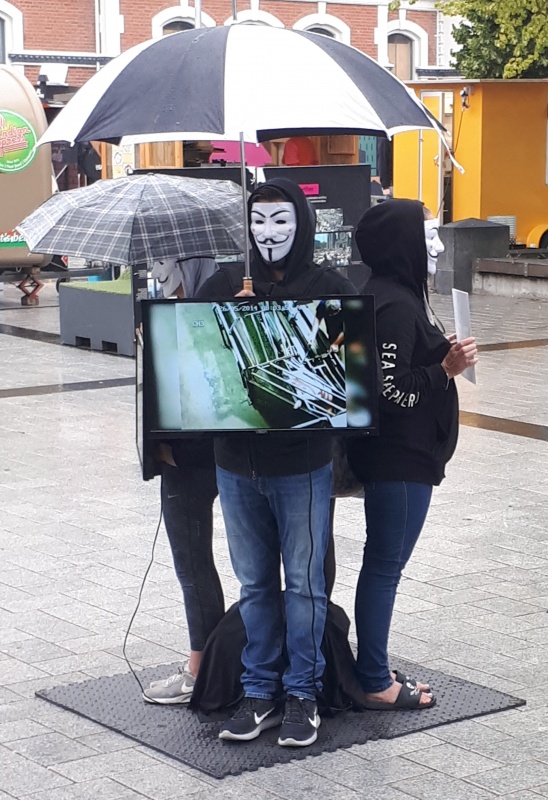