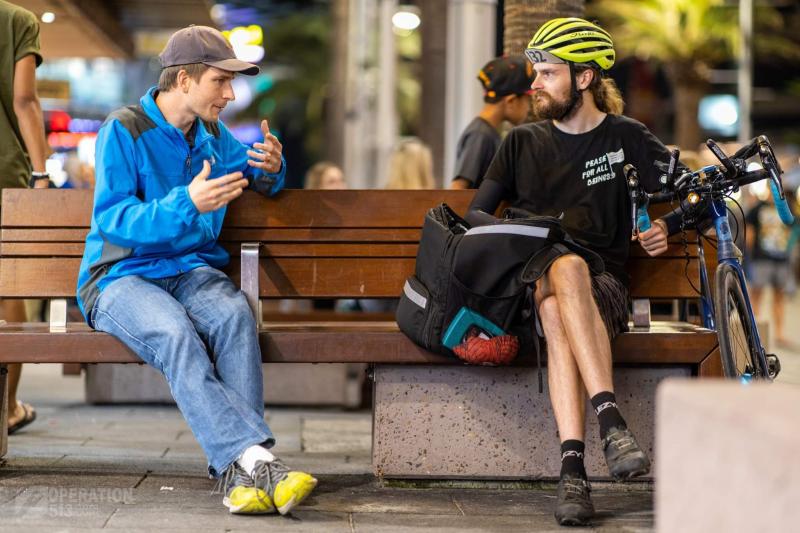 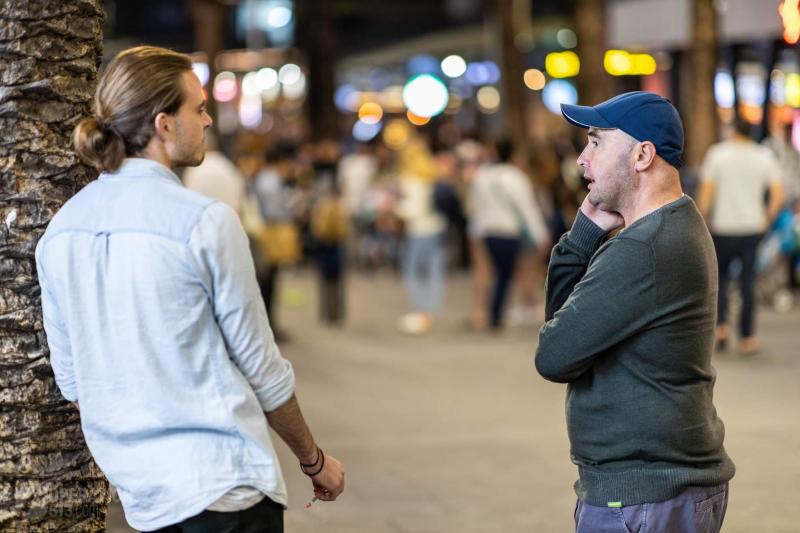 On Friday in Cavill Mall on the Gold Coast there was a pleasant atmosphere and more people than usual were willing to pause and talk. It was encouraging to see team members going from conversation to conversation of the course of the evening.

One early conversation was with a man named Harry who just struggled to comprehend the wickedness of sin and therefore the need for Christ. He just kept talking about all the good things he does. He was shown time and time again the good deeds in the future don't pay for bad deeds in the past but he just couldn't get it. He was blind to his need and therefore didn't get the gospel. Five, six, seven times it was attempted to take him through it but although being guilty by the law he just couldn't get it.

A following conversation took place with Summer. Her boyfriend was talking to someone else on the team, to keep her from dragging him off and to enable her a chance to hear the gospel she was asked the same question, "Where will you go after you die?" and in around five minutes she was taken on a very quick tour of God's existence, her sin, where she was currently headed after death and therefore that faith in Christ alone can save. She seemed to get it really quickly! It was exciting to see that in a very short conversation she was able to understand the simple message of the gospel and even answer some questions that showed that simple understanding.

Then there was a conversation with Reece and Claire who had a Christian background. They professed to be quite the experts on everything Christian but when asked the way to Heaven they were floundering. They were taken through God's existence, the law, what we deserve and the solution and came for the first time in their lives to understand the simple message of the gospel that it is by trusting in Jesus that one is saved.

When talking about the implications of this on a Christians life, addressing the question, "Well doesn't that just mean you have a license to do whatever you want", the answer is yes. But as a Christian what you want is to glorify God and enjoy Him forever. They were shown that although good deeds have nothing to do with getting right before God, Christians will love to serve and honour God and give up the sin they once loved. This prompted Reece to say, "I understand that doing good doesn't get someone to Heaven but basically if I want to go there it will require me to give up sin and I don't want to".

He was warned about his declaration of rebellion against God and encouraged to reconsider because the trade of "freedom" to sin here at the expense of eternity in Hell is not worth it. They were given tracts and strongly warned about the consequences of their rejection of God.

Then there was a man who approached the group named Aaron, professing to be a Christian. When asked about the way to Heaven he said, "Be a good person". He was then also taken through the law and the gospel, the problem he was blind to his inability to contribute to his own salvation. He kept wanting to stick some good works here or there into the process of receiving forgiveness. He finally was able to articulate that it is by faith alone that one is justified but it is unclear if he actually believes that.

One final conversation worth a mention is with David and Shine, when asked the way to Heaven they both sort of said, "We know it but we don't like talking about it". They were pushed a little to explain and it turns out they are Mormons. They too struggled to drop the good works from their justification. Even though they were shown that our goodness is nothing more than dirty rags, they struggled to understand why those good deeds can't help.

They were asked many simple things, including, "What can you do that adds to what Jesus has already perfectly done?" they were shown that the Bible talks about good works as an outward result of truth faith in Christ but even though they too came to understand the simplicity of receiving forgiveness they were so stuck with actually believing that because they wanted to contribute.

Please raise Harry up in prayer that God would work mightily in him and humble him, showing the desperate wickedness of his heart and therefore his need for Christ. May the same occur for Aaron and the two Mormons that they would come to understand that they have absolutely nothing to offer God. Please also pray that Reece, Claire and Summer would heed this good news and not put it off another day but instead trust in Christ for their salvation, not just keep living their own way. 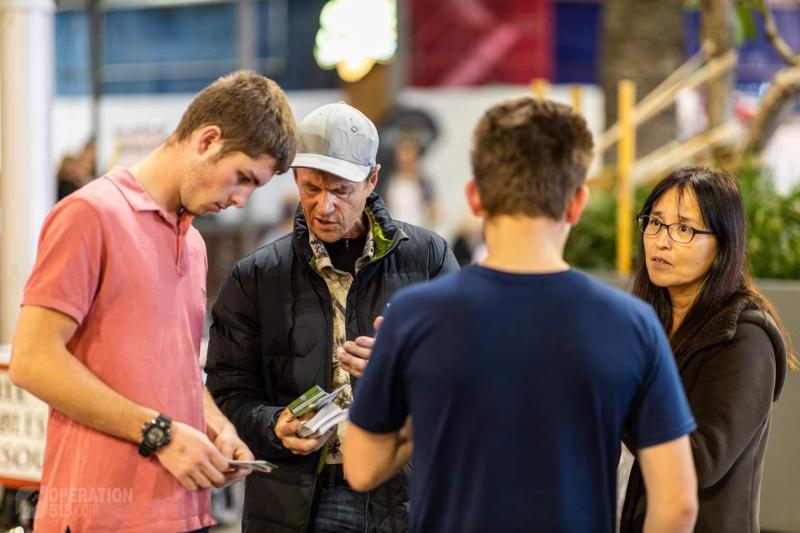 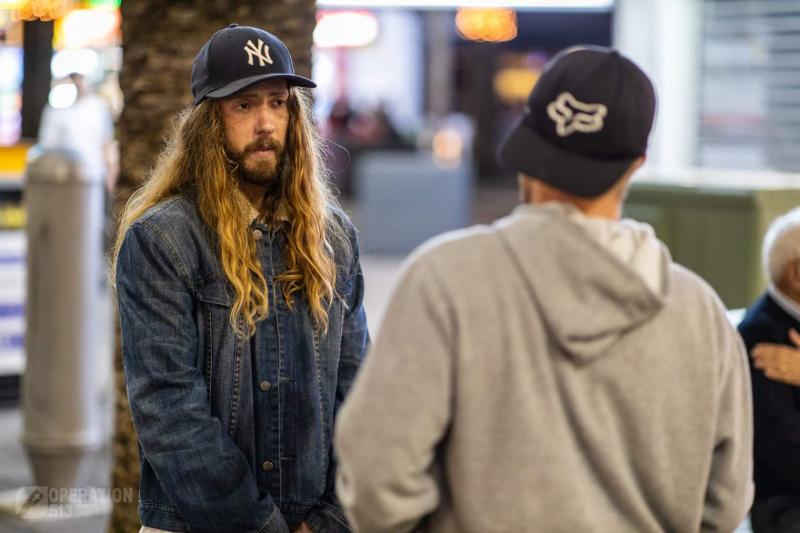 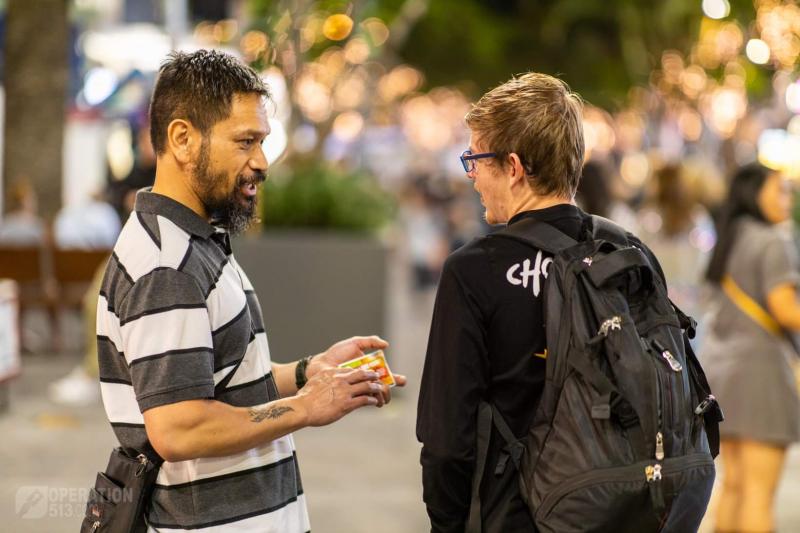 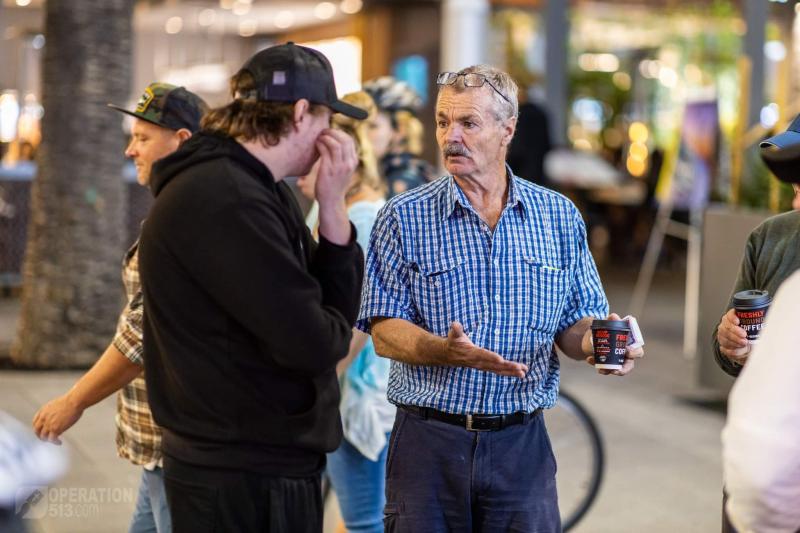