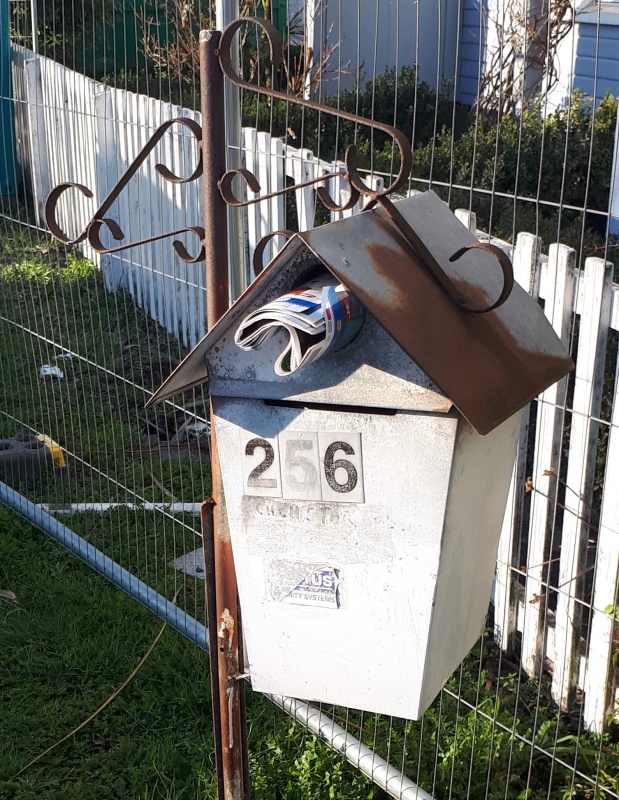 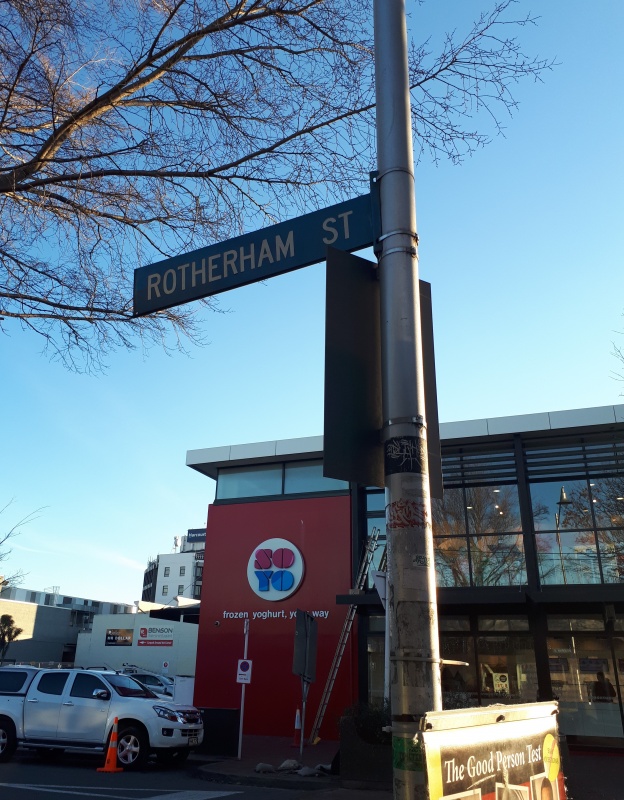 Tuesday (in Riccarton) and Wednesday (in the City / outside Ara) saw lovely weather for Gospel outreach.  I’m in such a routine, and am regularly visiting these outreach spots, that I feel like people must be sick of me by now, and no one is going to stop to talk.  But God continues to be faithful in bringing many people to receive tracts and to stop and hear the Gospel - it’s so good that I don’t have much down time.  And the spots where I set up, don’t always have much foot traffic.  Be encouraged to get out there and find a “fishing spot” in your area, plant your self and start casting your line, baited with: tracts, a cheerful greeting, and prayer!

Two highlights from Riccarton this week included a very encouraging conversation with an older saint (pictured walking away).  She received a tract, and was attracted to the flip chart.  When she learned that I was a minister, she started testing me on various doctrinal positions.  We agreed on everything except pacificism!  And it turns out she had been a missionary herself (to Africa as a doctor).  The encouragement from meeting a like minded soul was mutual!

The second highlight came from a young man intentionally walking up to the flip chart ready for a deep Gospel conversation.  He thought very deeply on the important questions of life, but had concluded that there was no evidence for God.  Starting from there, I challenged him with the simplicity of the Gospel.

On Wednesday, in the morning, I set up at the southern entrance to Cathedral Square.  My first conversation of the day was with a man who had heard me preach a month or so earlier, and whom I’ve seen a few times since then.  He is claiming that he is placed his faith in Christ, and is connecting himself to a local church of someone who often joins us in street outreach - so this is good to know.  So today’s discussion was an opportunity to cover the basic principles of Christian life, and to encourage.  I had an opportunity to pray with him at the end of the conversation.

Another conversation was with a man who I didn’t think was going to give me the time of day, and so I was surprised when he accepted my offered tract and he warmed to a discussion about the after life.  We had a long discussion, where I was able to carefully explain the Gospel, and then work on answering his questions.  (His sticking point was connected to why there is suffering.)  Over the course of the conversation, he seemed to become very sober about the serious nature of sin.  In the end he said he would read the tract I had given him (After Life), and he accepted a tract about suffering.  To my surprise, he wanted to give me some money!  But I wouldn’t accept it, I made it clear that there were Christians who wanted people like him to understand the good news of Jesus, and their support meant the resources I gave him were free.  I pleaded with him to accept the gift of forgiveness of sin, found only in Christ.

After lunch, I open air preached for half an hour.  It’s been many weeks since I’ve done this, and so it took a few minutes for me to find my voice, as I wrestled mainly with the social awkwardness of public speaking.  I know it’s not easy - but I want to encourage you to do it anyway!  I preached the same message as I always do: the Gospel.  I tried to hand out tracts to the few that had been listening afterwards - but no one took one.

I then headed to Ara (again having a conversation outside the Vodafone building on High Street on the way).  The highlight there was my third conversation with a group of hospitality students.  It’s so wonderful hearing about how they had been thinking about what we talked about last time, and being able to address the questions they had.  This time the young Catholic guy wanted to continue talking about salvation by faith alone (rather than by faith AND works).  He really seems to be understanding the important distinction between doing works to be saved (incorrect) and works being an evidence of salvation, which is the gift of God, found through faith in Jesus sacrifice, and repentance (an inward change of heart that leads to an outward change).  I challenged him to put his faith in Christ alone!

As I was leaving Ara, I crossed the road, and a guy was approaching me, so I handed him a tract which he accepted, and then to my complete surprise, he gave me a coffee (pictured after I had finished it) and said, “this is for you”.  I responded with, “for me???”.  He left before I even had a chance to say thank you - I was so surprised… and so strangely encouraged.  I guess he has been watching me talking to people outside Ara, week after week and decided I needed a coffee?  Sir, thank you!  It is so much nicer than being called trash and having a can thrown at you! :) 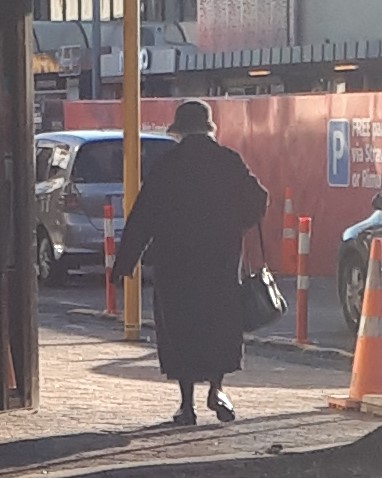 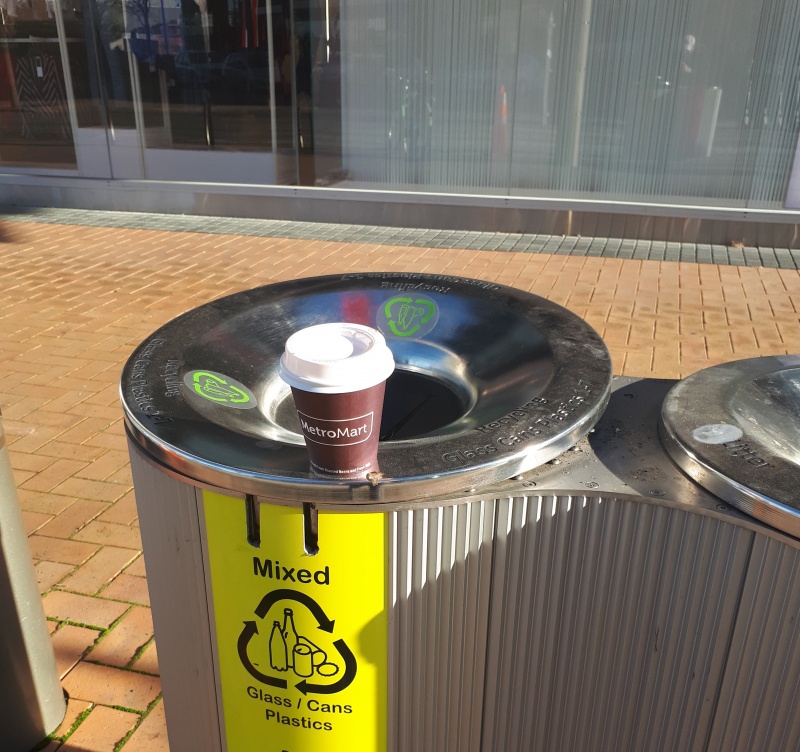