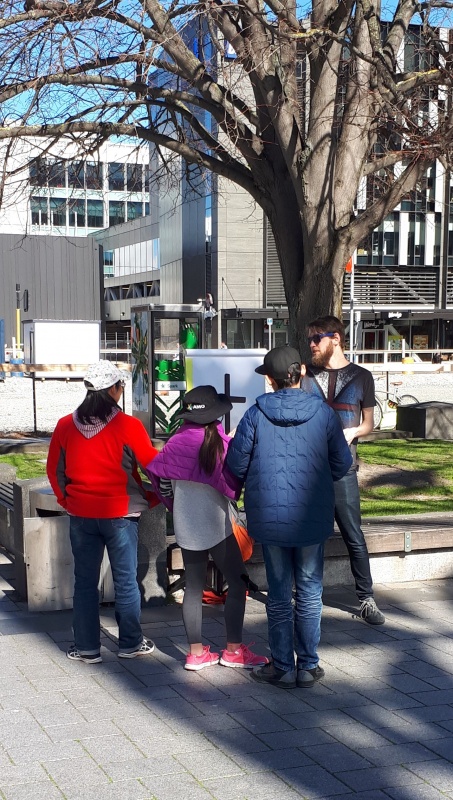 Saturday was the last day of winter!  I have survived a winter of outreach in Christchurch.  Sunday was the first day of spring.  And both days were warm.  It was the first time in months I got down to one layer of clothing.  My reflections on a winter of outreach is that in some ways it’s easier.  To deal with the cold, put on another layer (I was regularly wearing four); but under the hot sun, all you can do is find shade!  But summer will hopefully bring more people out to share the Gospel with.  Both Saturday and Sunday saw evidence that that would be the case.  Looking forward to the busy summer of outreach ahead!

On Saturday, a team of two were in Cathedral Square.  It was so good to have my friend, Andy Bell, with me on this outreach.

I had some early discouragement, as I walked past one of the stall vendors, I thought I heard him say “go away”.  I Ignored it and kept going, but it really impacted me for some reason.  I regularly pray for that particular guy, I want the best for him and I hope he comes to trust in Christ.

The outreach was a bit slow initially, and I was saying to Andy that you sometimes have to be a bit patient.  Sure enough, Gospel conversations got started.  I ended up helping an older gentleman with directions (he refused to talk about spiritual things, or take a tract).  When I turned around Andy was in a conversation with a lady interested in the flip chart!  So I left him to it and ended up getting into two Gospel conversations of my own.  By the time the second one had finished, I turned around and Andy was taking another set of people through the flip chart (pictured)!  A nice busy time of ministry.  Andy said he was feeling a bit rusty, but it was so wonderful that he was sharing the good news of Christ anyway!

It was nearly time to finish the outreach when a young man decided to give the flip chart a try.  The simplicity of the message seemed to hit home: I was able to use a checking question to confirm that he understood.  He said his Mum was open to spiritual things and wanted to believe in God and go to heaven.  So I gave him two tracts - one for them both.

Sunday was very encouraging in that I had a very new Christian join me.  He had been watching Ray Comfort on You Tube, and we met him when he came to listen to the open air preaching a couple of Friday’s ago in Cathedral Square.  Although he had only become a Christian a few months ago, and only recently been baptised, it was so encouraging seeing how keen he is to share the good news of Jesus, in spite of the natural fears of doing so.  I reassured him that it was fine to just observe and get a feel for it first.  Eventually he asked if he could distribute some tracts!  And he did a great job!  Very polite.  He is keen to keep joining the team on Sunday afternoons.  And it was wonderful to hear his testimony afterwards and talk about things over a hot chocolate.  May many more people start trusting in Christ and then getting out to share of the wonderful hope of eternal life found by faith in Christ!  Join us! :) 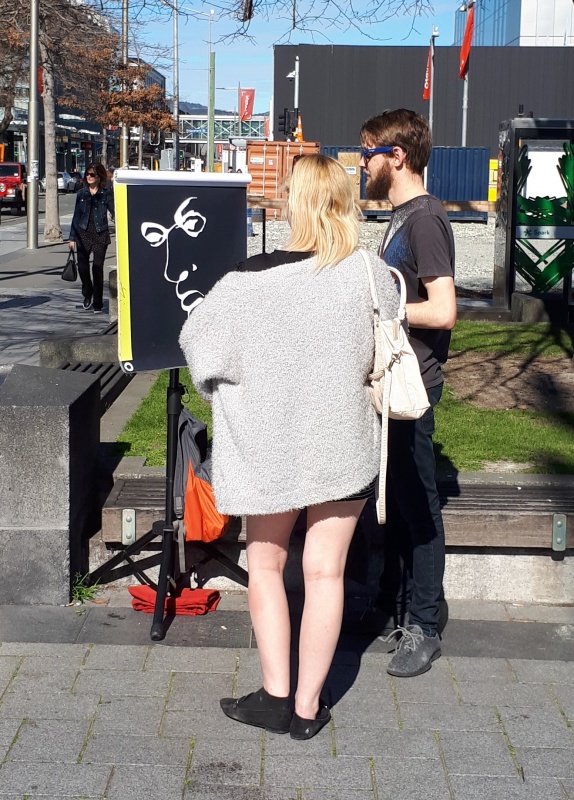 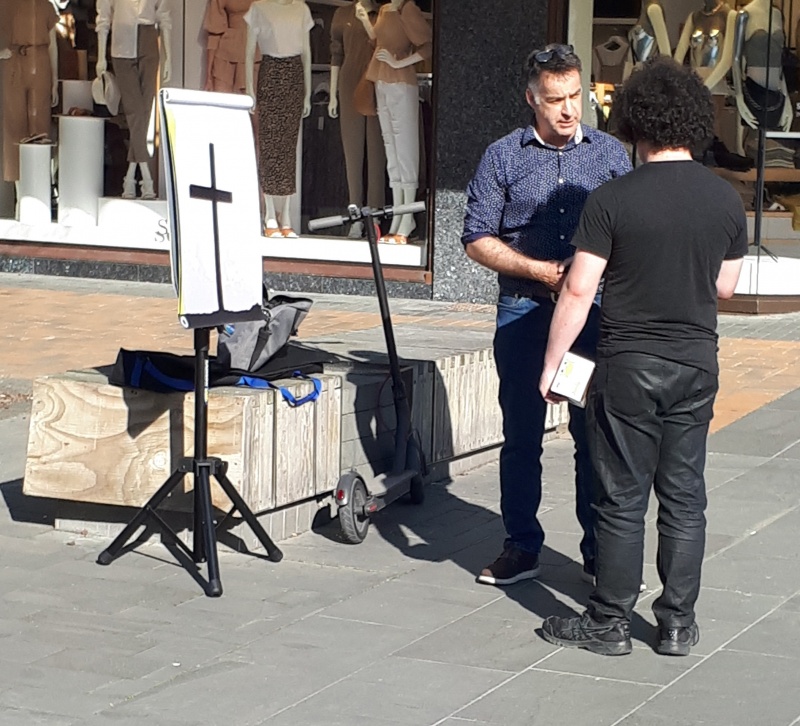