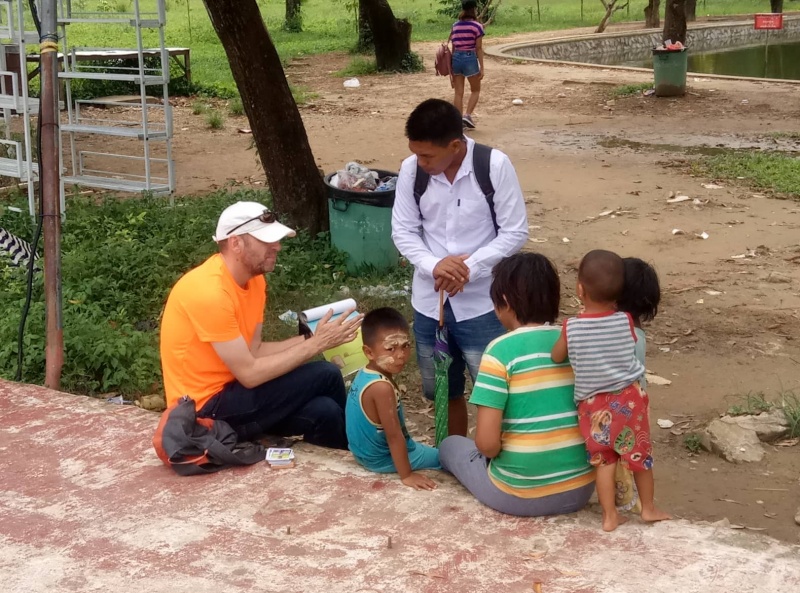 The September 2019 mission to Myanmar is complete!  I am writing this while waiting to board my flight home (and completed it after I arrived safely back to NZ).

The NZ team were at a shopping center & Judson University - Thursday, and Kan Thar Yar Park on Friday.

But I’m reflecting on the whole mission.  What a whirlwind of tiring activity - but oh so worth it!  A team of 26: 20 from Aussie, 6 from NZ.  6 hours a day of outreach, mainly with a focus on conversations rather tract distribution.  An equal number of local Christian translators were involved.

And yet, there are millions of people in Yangon and beyond who are yet to be reached with the Gospel in our generation!  Be encouraged to be a herald of the amazing good news of Jesus - where you are today, but also - are you able to join a future mission?

Reflecting now on some of the conversations from those last few days, here are some highlights:

On Thursday, at Judson University, Andy was able to share with a Botany lecturer.  And separately, I had an opportunity to talk with a Zoology lecturer!

Also, outside the university library, my translator got into a long conversation with a local while I was trying to get a conversation started with two mathematics students in English - which didn’t work out.  But while I was waiting for him, I managed to get into a wonderful conversation with another three students via English.  Their faces went from very friendly to very serious as they understood the nature of sin and the exclusivity of the Gospel of Jesus.

On Friday morning at Kan Thar Yar Park the harvest was very ripe!  My first conversation started by someone approaching me rather than the other way around!  He spoke good English, and so I didn’t require a translator.  The Gospel was clearly explained, and his questions showed that he was understanding it - and yet rejecting it (at this time, anyway).  I had other conversations like this through the morning.

But one conversation ended with a young man understanding the Gospel and stating that he wanted to trust in Christ for the forgiveness of his sin - even after he had considered and counted the cost of doing so.  He is pictured exchanging contact details with my translator.

We praise God for all the opportunities we had to share of His love in Yangon, Myanmar.  We pray for the many Christians we worked with over the two weeks.  We leave the results in God’s hands: that many disciples would be made for his glory!

Funnily enough, one of the best conversations I had was on my final flight home: from Auckland to Christchurch.  God had sovereignly saw fit to sit me next to an older lady who was a Christian, and a warm conversation started very naturally.  We were able to talk about many important theological issues that we disagree on, and yet I was able to encourage her in the area of evangelism.  Before getting on the flight, her brother gave her some money.  She declined it, saying she didn’t need it - but he insisted she take it for someone who did.  And during our conversation she knew exactly who needed the money.  She gave it to me, and said that it was to be used for Bibles in Myanmar.  This was incredibly encouraging for me!  I will make sure the money is used for this very purpose.  As she lives in Christchurch, I hope I see this lady again.

Till the nets are full, or the next mission starts... 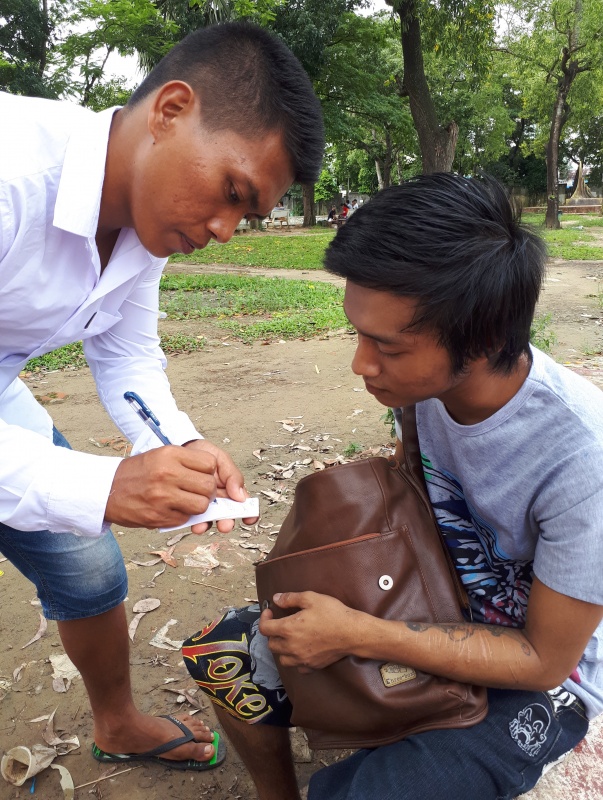 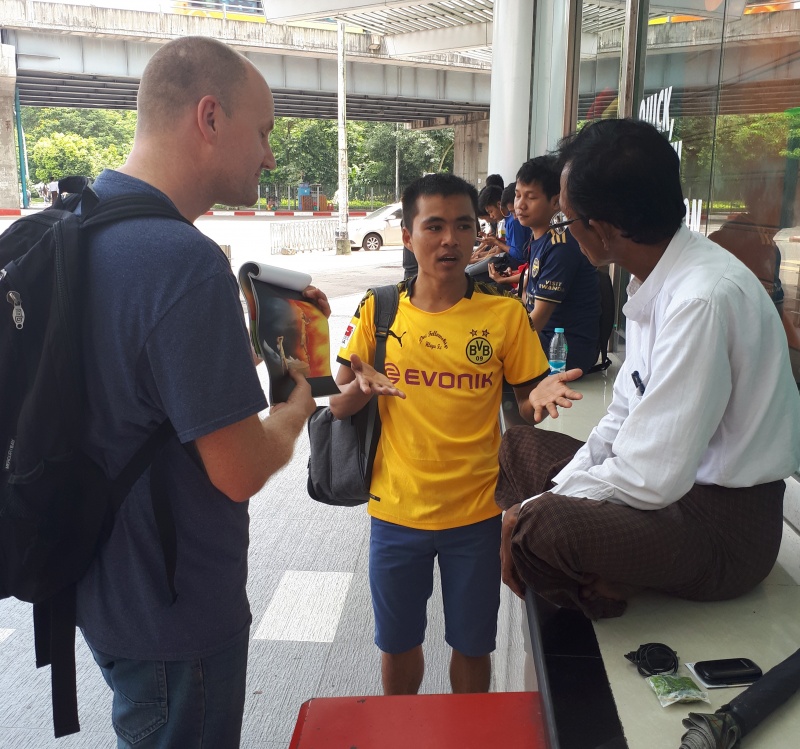 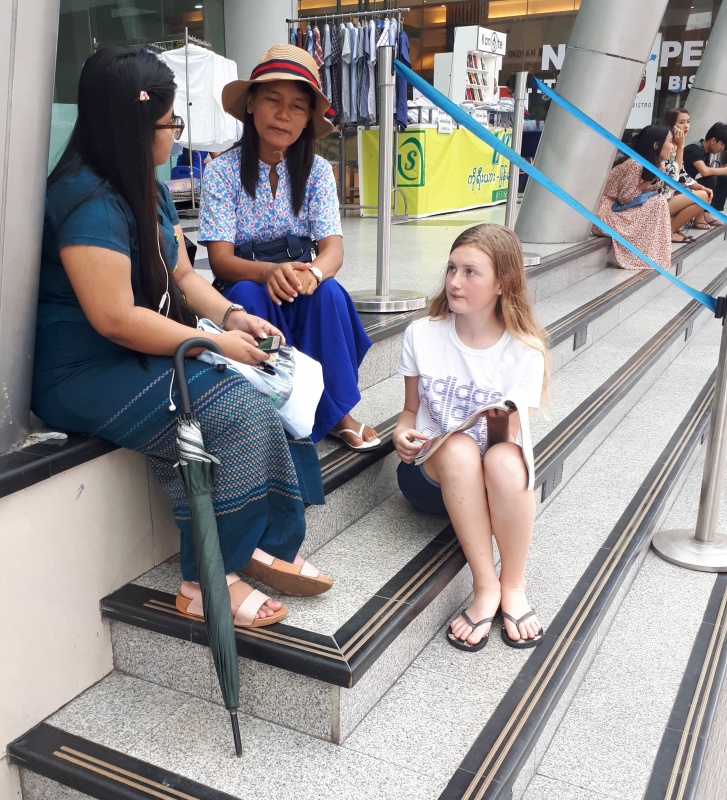 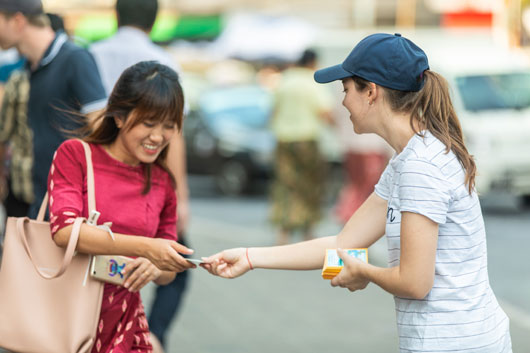