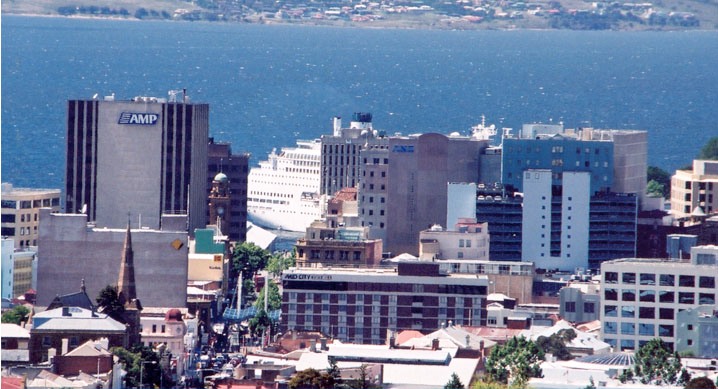 As things begin to warm here in Hobart so too does the responses that we get to the preaching and Bible table and conversational evangelism. There are more people in the mall and stopping to listen when the word is preached. This is wonderful, as is the ongoing multilingual witness from Hana! Tragically there are some people who interact with us who are a study in not throwing pearls before swine. Gloriously there are others that are willing to hear and appear to be changed by interacting with God’s word.

Last week there were two people who stood out as the first category:

Young female scientist: This young lady came to the Bible table after I finished preaching last Tuesday and stayed for almost an hour and a half. Unfortunately, the whole of that time was fruitlessly spent. She began by saying that she disagreed with what we were doing in the mall and I asked her to explain what she meant. Over the next 45 minutes we debated evidences for the Bible, scientific supports for the Biblical worldview, and the worth of Christian evangelism and Christian social activism. In all this every gospel presentation, argument, evidence, support and reason were rejected and ultimately, she kept coming back to the slogan that she held to: Religion is dangerous and harmful. Hana attempted to speak with her afterwards to the same end result. Eventually, we both had to end the conversation as there were others that needed to hear the gospel and she was clearly committed to preventing that from happening.

Man with the big beard: For many months now this man has been taking periodic “shots” at me particularly but also the entire team. The first time he came making all sorts of personal insults and demanding answers to his many questions which he allowed no time to respond to. Since then he has attempted the same a couple of times and I have refused to engage as he is obviously only interested in slandering God and insulting us. Now when he comes through, he merely scoffs, laughs and casts slander at us.

Both of these people can be saved. If God wills it, they will one day confess their sin and trust in Jesus and bow to Him as savior and master. But in the mean time the most that we can do is pray for them. Continuing to attempt to speak with them is casting pearls before dogs and swine, it will only allow them to heap up more sin against God. We must be jealous for the name of God the Father, Jesus, and the Holy Spirit. Giving these people (and others like them) ongoing opportunity to slander the Name is neither right nor good. We must pray for them but also limit their opportunity for ongoing sin. Tragically some people must be left to their sin.

Today there were two people who were at the other end of the spectrum, willing to listen and even showing signs of change.

Mr O: He has been coming to talk to me for quite some time and I always enjoy our conversations (I’ve even enjoyed a particularly good book series he recommended). He does not believe in Jesus as far as I can tell but he is always cordial and often insightful. Many times he has come to be for clarification after listening to the gospel being preached, clearly he is listening and thinking. There are a number of times that we have disagreed, particularly about LGBTI issues, but always there is a willingness to discuss rather than resorting to vitriol and personal attacks. I pray that God will allow our conversations to continue for many years to come and ultimately save this thoughtful young man.

Mr B: I’ve had the privilege of speaking with Mr B. for a couple of years now. Praise God there has been significant change in his life over that time. A fair bit of it he credits God with effecting in his life. Again, this young man is not (yet) a believer but in all our conversations there is an openness and willingness to listen to what God’s word says. Today he joined us for the preaching and for prayer afterwards. May God continue to change and lead Mr B. to life eternal!

Praise Him for all His grace to all us undeserving sinners in Hobart! 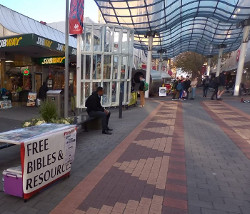