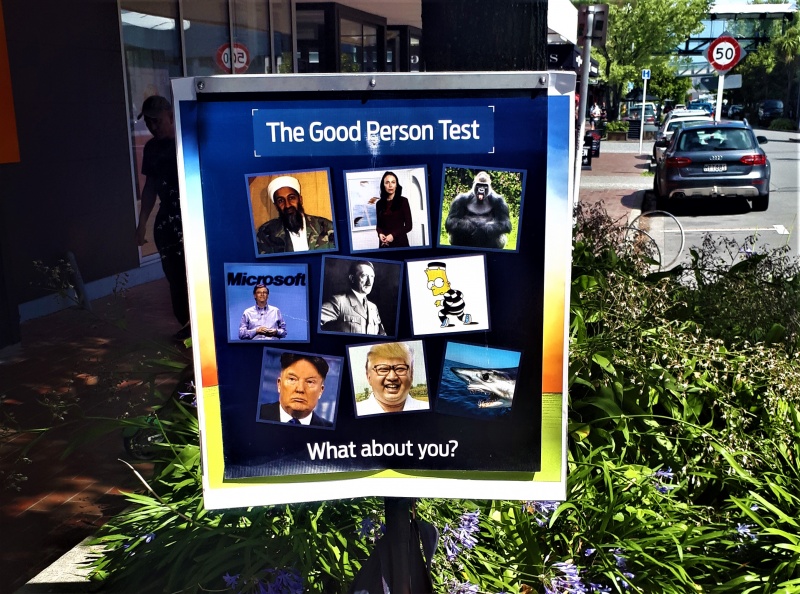 “But that’s impossible for me,'' she said.  She didn’t realise how insightful her words were:

And the disciples were amazed at his words. But Jesus said to them again, “Children, how difficult it is to enter the kingdom of God! It is easier for a camel to go through the eye of a needle than for a rich person to enter the kingdom of God.” And they were exceedingly astonished, and said to him, “Then who can be saved?” Jesus looked at them and said, “With man it is impossible, but not with God. For all things are possible with God.” - Mk 10:24–27

This is what I deal with daily, on the streets of Christchurch, people hearing the gift of Jesus, but counting the cost and knowing that it is completely impossible (in their own effort) to be saved.  And yet, I trust in the wonderful words of Jesus in Mark 10:27: “With man it is impossible, but not with God.  For all things are possible with God.”

And yet, this young Muslim girl had a similar reaction to the rich young ruler:

And Jesus, looking at him, loved him, and said to him, “You lack one thing: go, sell all that you have and give to the poor, and you will have treasure in heaven; and come, follow me.” Disheartened by the saying, he went away sorrowful, for he had great possessions. - Mk 10:21–22

The difference with her was Islam, instead of riches.  She understood that she would have to let Islam go - that was impossible for her “, but not with God.  For all things are possible with God.”

This was the last gospel conversation of an eventful afternoon outreach in Riccarton on Tuesday.  A great way to start back after a holiday.  The conversation was actually with two young Muslim girls.  They smiled and accepted offered tracts - which surprised me.  So I asked if they ever through about the afterlife, and a full and friendly gospel conversation developed.  The conversation ended up focusing on how God can be just and merciful without either being compromised.  The only solution that made sense was the perfect sacrifice of God the son: Jesus for the sin of the world.  They understood, but were (naturally) resistant.

For I am not ashamed of the gospel, for it is the power of God for salvation to everyone who believes, to the Jew first and also to the Greek. -Ro 1:16

So I leave these young ladies in His hands.  I pleaded with them to read through the Afterlife tracts they had received and to respond to the gospel.  We couldn’t shake hands (due to their culture), but we parted (pictured) with smiles.

The outreach started with a conversation with three young high school students enjoying their summer break.  They were keen to give the flip chart a go.  Two of them became resistant, and so some apologetics were deployed.  But the other guy was interested, and arguing on my side.  Eventually, I said, “Look, I have some good news to share, do you want to hear it?  Because your friend does.”  They disengaged, and left their friend to me, where I was able to slowly but surely explain the gospel - it was wonderful seeing him come to an understanding and saying that there was nothing stopping him from trusting Christ’s payment for his sin.  I challenged to do so, and asked him to get in touch.

Later, something special happened.  Mr. Angry walked past!  I pray for this guy approximately weekly, and I had just been praying for him in the morning.  I hadn’t seen him for quite a while - and now he comes past, I was very encouraged.  He started spewing his usual scorn.  But I just couldn’t stop smiling.  At one point he started to cross the road to get away from me, but he didn’t see a van coming round the corner!  I had to warn him, and when he saw it, he was forced to walk back to me, giving me some more time to interact with him.  I still don’t know his name, but I’ll keep praying for him, and God willing, I will continue to see him and that I’ll have more opportunity to share the truth of Jesus.

As Mr. Angry left, I turned around and got a fright!  A young couple were standing right in front of the flip chart.  She was even touching it - they were very curious.  So I was straight into another gospel conversation.  They seemed to understand (I used plenty of checking questions) but there was no interest that I could see.  And yet, they have heard the gospel - it is the power of God for salvation!

Today I was in the city for two outreaches, one before lunch and one after.  I had a number of conversations, including a few follow ups.  I had two highlights.

The first was encountering two young men who had already been primed having heard the gospel from some Christian friends at their high school!  I was very encouraged.  So after re-explaining the gospel, we ended up spending time discussing some very good questions they had.  Unfortunately, one of them received a phone call and they had to go.

The last conversation of the day was with another two Muslims - this time young men on holiday from Singapore.  I was able to share the gospel before learning they were Muslims, and then the conversation ended up going down the same track as with the young girls the day before: how can God be merciful and also just.  The only answer that makes sense is Jesus.  Sadly these young guys were not interested at all.  But yet, they have heard the gospel!

Great to be back to work!  Thanks for your prayers; and also your financial support that is allowing me to do this.  Please be praying for labourers for the harvest - and I encourage you to be an answer to your own prayers - come and join me in the joy of sharing the wonderful good news of Jesus our King! :) 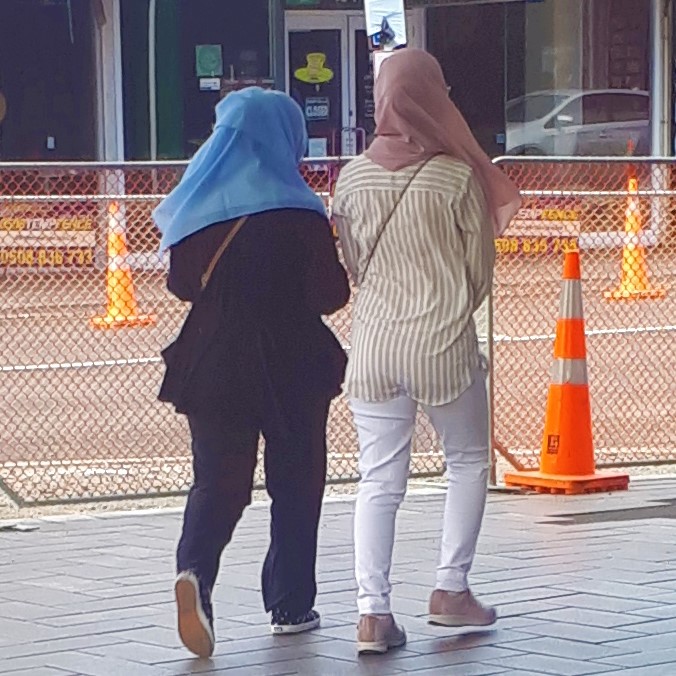 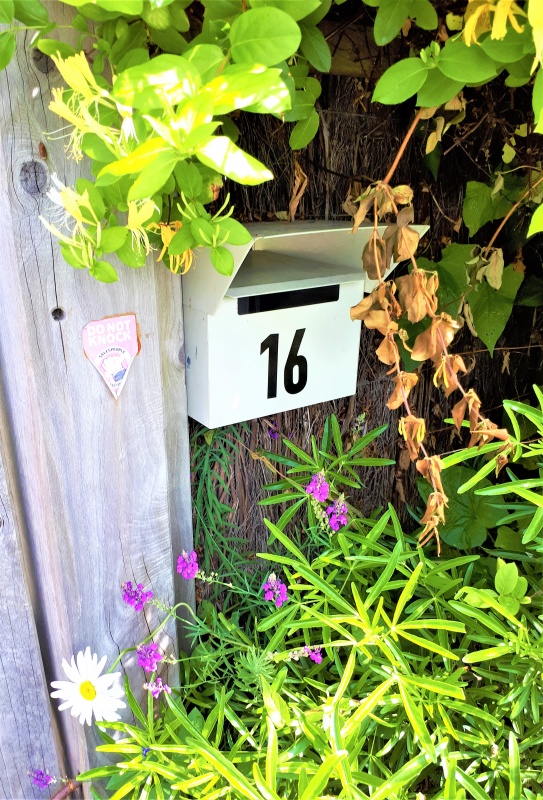