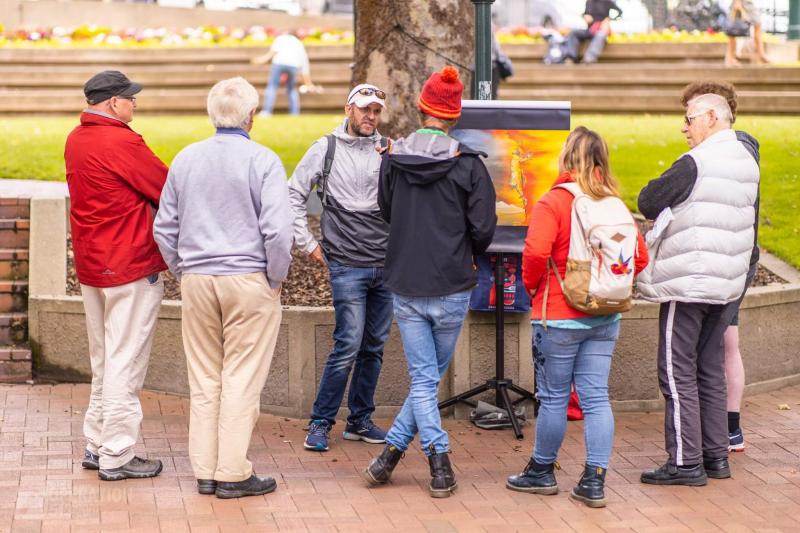 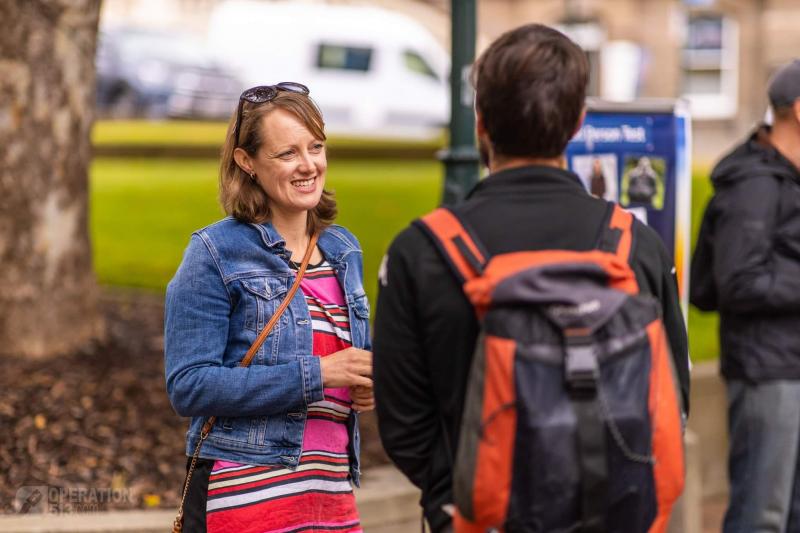 Well, the NZ Summer Mission is complete. It was, by far, the best one to date. This is mainly due to the trip to Dunedin, the first time we have ventured past the borders of Christchurch.

The people in Dunedin were friendly, open to receive tracts, very interested in the big flip chart, and happy to chat about the deep questions of life.

The christians and churches we worked with in Dunedin were extremely hospitable and seemed very encouraged through the week we were with them.

I’m just in awe of God at what He has done through His church.

And to think all this was initiated through needing to find a church recommendation in Dunedin for someone who had followed up after a gospel conversation at the Canterbury A&P Show 2019.

This report covers the final two days of outreach in Dunedin: Thursday and Friday where we spent all of our time in the Octagon and the surrounding area.

On Thursday morning, I was manning the big flip chart and got into a conversation with an interesting lady where it was very hard to reason with her because she just kept contradicting herself making it hard to know how to proceed! I just so happened to be on the “Jesus fireball page” when a man stopped to comment on the amazing artwork. Seeing that it was obviously Christian, he decided to get in on the conversation - he being an atheist. His first port of call was slavery. I was suddenly overwhelmed trying to address two people! Thankfully, someone else on the team took over the conversation with the lady, so I could focus on the atheist.

So I addressed his slavery questions and worked to calm the guy down (who was in attack mode) so we could have a conversation. After about five minutes, I’d had success! We had exchanged names and shaken hands and were able to engage in reasonable debate.

There was a focus on apologetics. At one point he was talking about a book written by Lawrence Krauss that supposedly explains how something can come from nothing. After listening, I eventually stepped back, gave him a look and said “really?” He looked at me, and said, “yeah, I know, it doesn't really make sense”! He was being forced to hear arguments from the other side and it was making him think - I was very encouraged. Through the conversation I was able to share the law and gospel and he was happy to receive a follow up tract before he moved on.

To my delight, I met the same man on Friday too! I was able to remember his name, and we quickly fell into a warm, yet deep conversation again. He had read the tract and the discussion started there. Again the conversation had a focus on apologetics, but there was a point where I had my Bible open on my phone and we were discussing scripture (on how we know God exists). But I was also able to keep coming back to the law and the gospel. Eventually he was satisfied and about to move on, when I asked him a final question: “What is the way to heaven?”. He was able to articulate salvation by grace alone through faith alone, in Christ alone. I was encouraged. May he be saved for the glory of God alone!

The next conversation I’ll mention was amazing. Back to Thursday morning I approached a young man. He believed in Heaven and Hell but then he said he had already heard the way to heaven. I figured one of the team had already approached him, but to my amazement he said he was from Brisbane. He said a guy with a camera had already shared with him there. I turned and pointed to Matt and said, “are you talking about him?”. He looked shocked, and then quickly decided that he needed to get going. Soon after, Matt approached him to say g’day. What are the chances!? This is actually the third time Matt has been able to talk to this guy: 1) Brisbane, 2) the Gold Coast, 3) Dunedin, NZ. You can watch Matt’s first gospel conversation with him here: https://youtu.be/WhaJS4p2wjU

The last interaction I’m going to mention was really funny. I was explaining some of the pages of the flip chart to Bronya. We just so happened to be on the “Fireman” page, when a fire truck drove through the Octagon and stopped right in front of us (due to a red light). I looked at the fireman page then at the fireman in the truck that was looking at it. I smiled, he smiled. And then Bronya took the opportunity to run over and give him a tract. He accepted it. A memorable moment that hopefully made him curious enough to read it!

We were sharing the gospel right up till 4pm on Friday. So many wonderful conversations. And over the week, hundreds heard the gospel. Over the whole mission, hundreds and hundreds of precious people heard the hope of eternal life found only in Jesus. And many, christians and churches have been encouraged. Please keep praying that the Lord will continue to raise up labourers for the harvest. May the Lamb that was slain, receive the reward of His suffering! 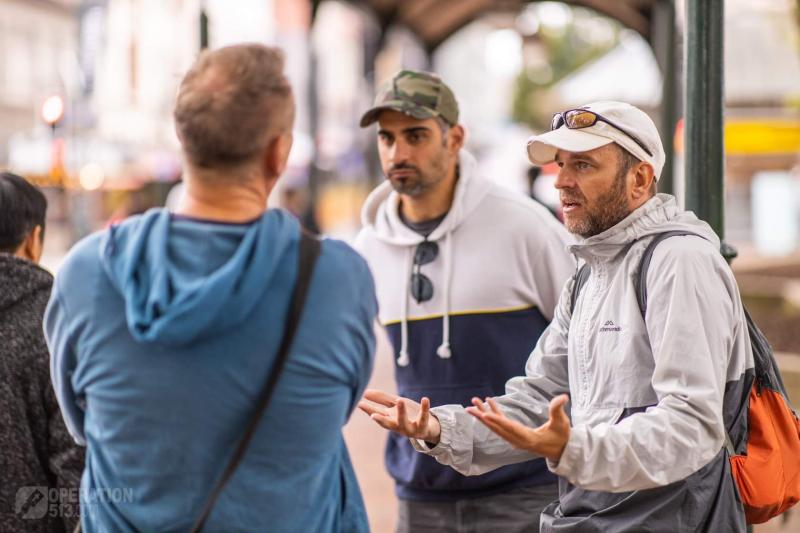 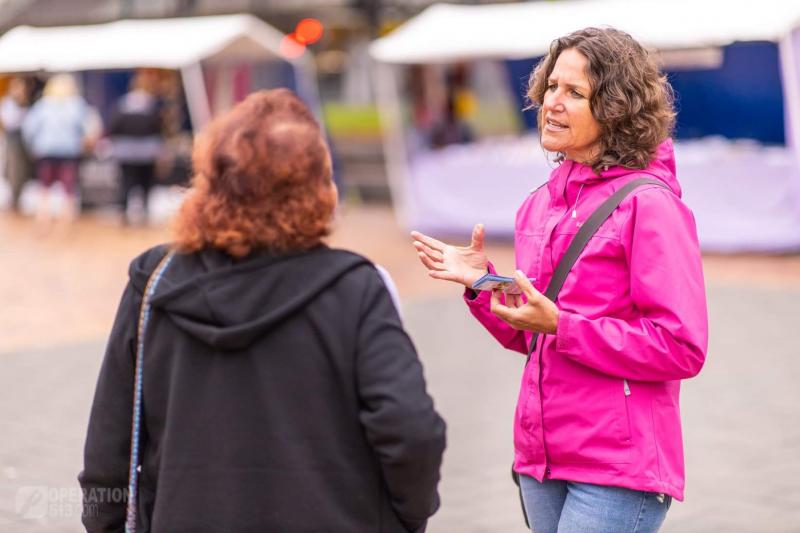 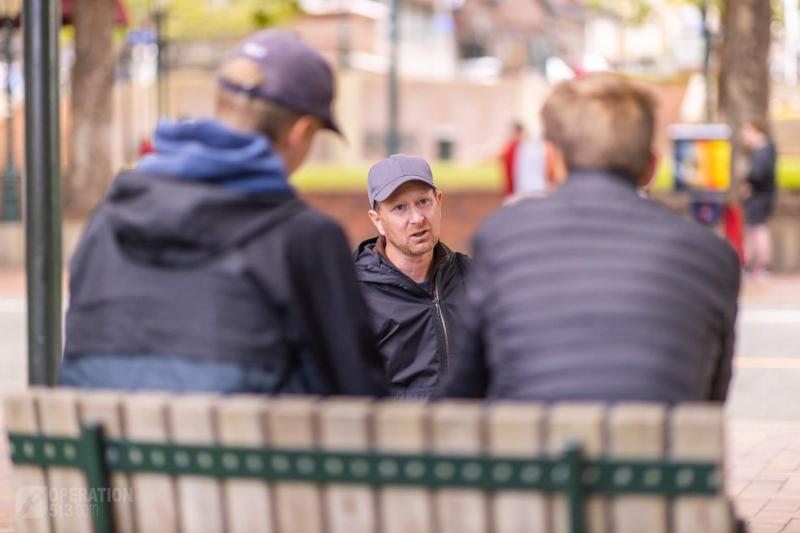 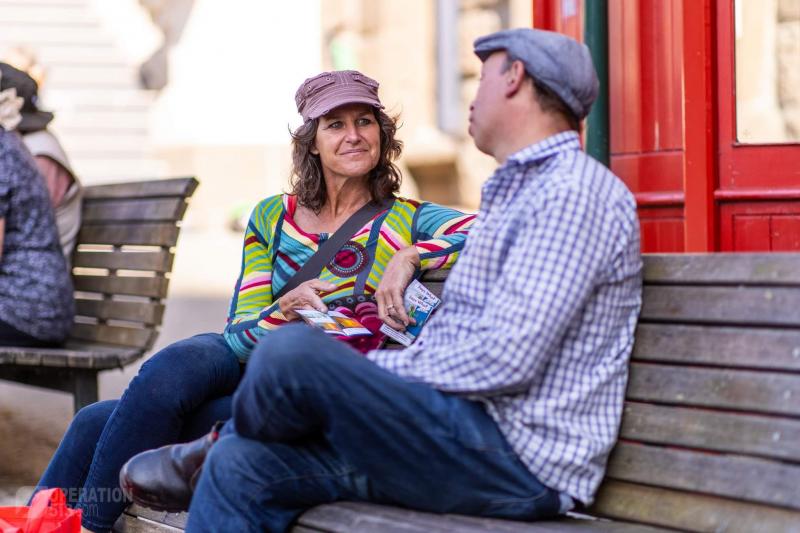 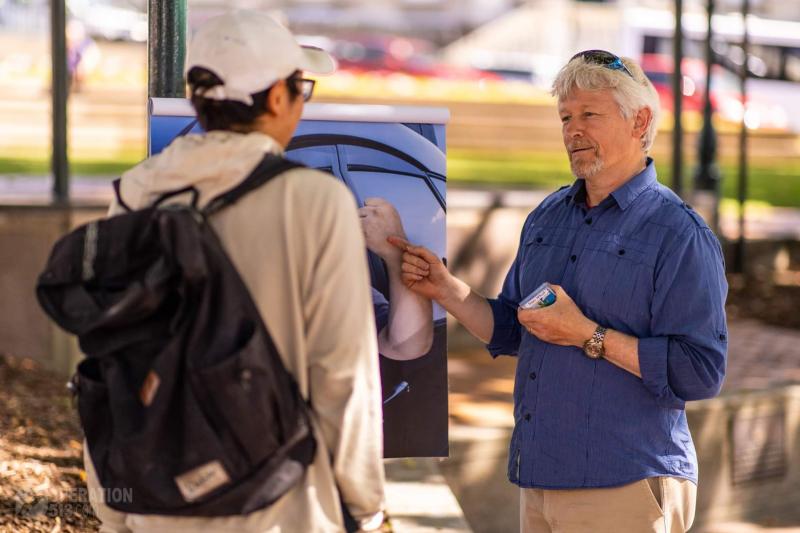 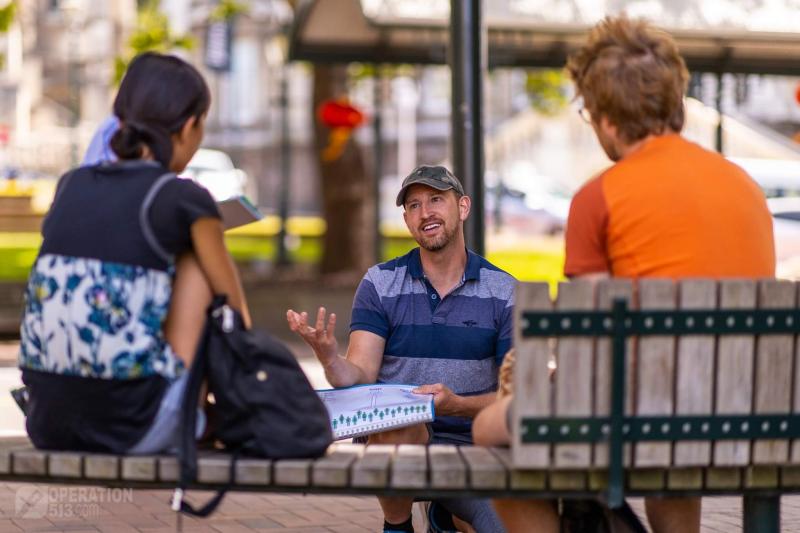 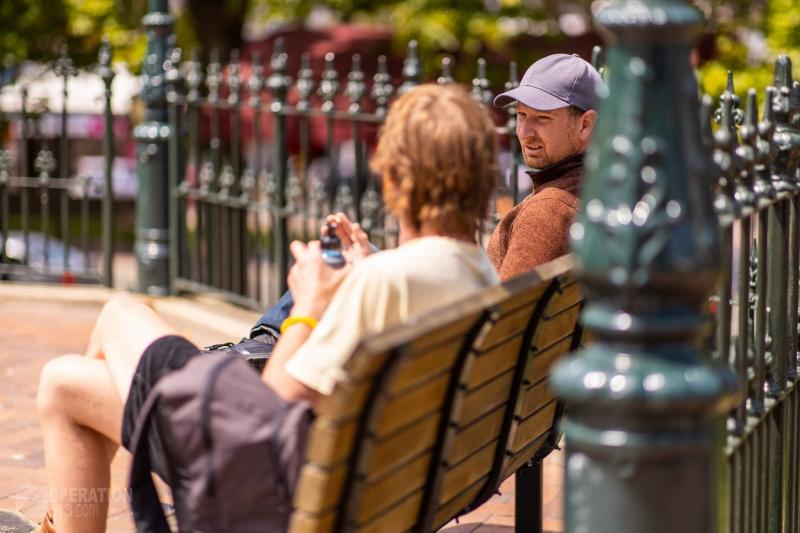 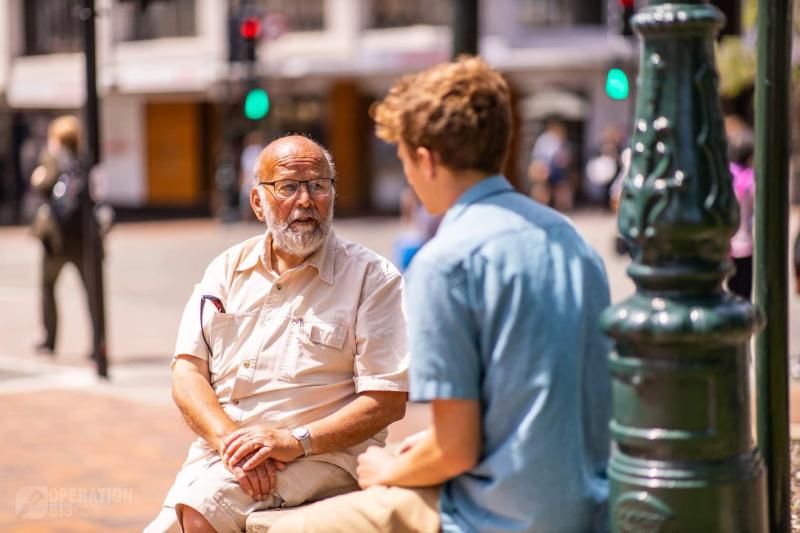