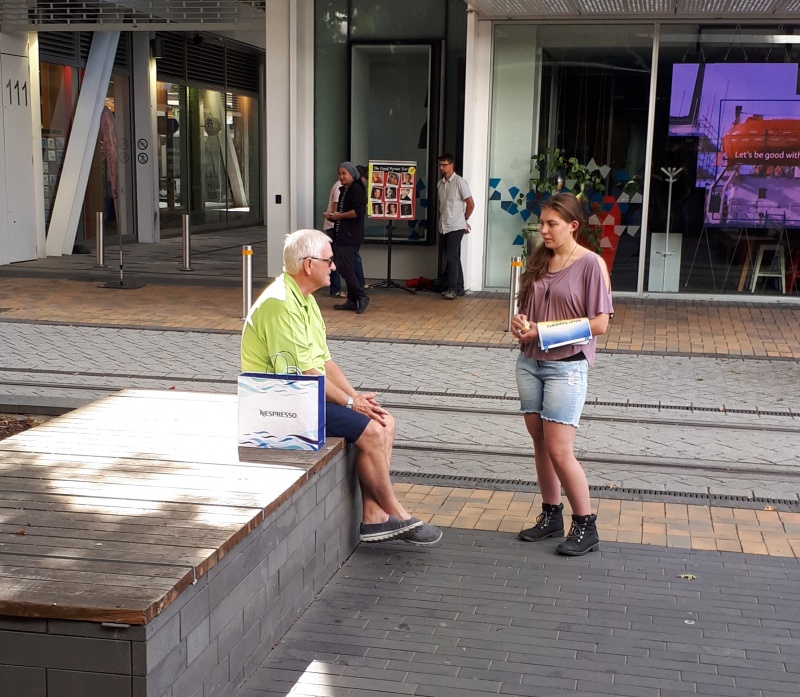 Thursday was hot, Friday cold; Well, Saturday was cold, and then Sunday was hot!  We are definitely at a season cross road.

Not as many people out and about on Saturday.  There were no markets in Cathedral Square, but enough people were walking through that I decided to set up my flip chart in front of the Cathedral.

My first conversation was with a man I’ve talked to before.  We had a long follow up - the conversation starting with abortion.  But I did my best to gently keep connecting things back to the gospel.

Eventually, the conversation was interrupted with someone curious enough to find out what the good person test was all about: it was my pleasure to explain.

After that, I noticed a solitary lady had turned up to protest the recent liberalisation of abortoin law in NZ - she had a sign.  I said hello.

I moved back to my flip chart and soon after moved into a wonderful conversation with two construction workers.  The both were challenged by the law and the gospel.  I could see them both understanding (and checking questions confirmed), but one was clearly resistant, where the other seemed open.

I then had the pleasure of dealing with two of my hecklers - one after the other.

First, Mr. Angry came past (I still pray for him).  He was his usual self, spitting his venom and making a scene.  While he abused me, I blessed him.

I then had the guy who once called me Ned Flanders come past.  He likes to jokingly mock me, but I refuted all his mockings - and I could tell I was hitting because he became serious at one point.  Thankfully, he decided to give up and leave me alone.

I had a quick conversation with a Christian guy before deciding to move to Cashel Mall.  By this stage, the wind had become strong, and so I decided to ditch my flip chart.

I had a great conversation with two girls from Cambodia.  They thought their good deeds would get them to heaven, and so I was able to explain to them why that couldn’t be the case (God’s holiness viewed through the law) and then the amazing gift of Jesus paying the fine for our sin.

The outreach ended with a long conversation with a young man who walked up to me and was very keen to chat.  He loved philosophy, and is studying it at university.  It turns out this young man used to be a Christian, and loved apologetics, even presuppositionalism.  But he had been challenged on a topic, and his deep intellectual study had led him away from God.  Interestingly, it was the opposite for me.  So we were able to work through this, and I touched on personal testimony a lot.  I also worked to swing the conversation away from intellectual debate, to matters of the conscience - sin, the real reason people try to deny God.  I was deeply impacted by this conversation, as it reminded me of one I had with a work mate years ago.  The guy was in the process of walking away from God, and it grieved me deeply.  I just have to rely on the fact that I can’t save people, and do my best to clearly explain the gospel (my part).

Sunday was another outreach Sunday for Redemption Church, joining the Operation 513 team on Cashel Mall.  I felt a bit overwhelmed, as there were more newbies than experienced evangelists.  But it worked out ok.  I actually had a really busy outreach, with lots of wonderful gospel opportunities.  I ended up being out thirty minutes longer than usual for a Sunday - praise God.  And I had various newbies, and various times listening in and giving it a go!

A couple of highlights included:

A guy who was keen to give the good person test a go, but then became really uncomfortable as I explained the law to him.  I was right up to the point where I was going to explain the good news when he decided to bail!  I couldn’t get him to stay, but I said there was good news on the tract that he accepted.

I had a very bright young couple keen to give it a go.  He had a Christian background, but was not a Christian.  She was very smart, that she was working out the meaning of my analogies before I had even made it halfway through!  But they couldn’t fault the logic of what I was explaining - as desperately as she wanted to.  She wanted morality to be relative but understood the implications of that and the logic of God being the basis for objective truth and morality.  They heard the gospel, but I’m confident they rejected it - wanting to enjoy the sinful pleasures of this life… but I can’t know.  May God save them!

I’m writing this Monday evening.  NZ is going into lock down due to Coronavirus for at least four weeks.  This means the Operation 513 teams in NZ won’t be able to be on the streets… but we are looking into other ways we can continue to share the gospel!  Please keep us in prayer.  God bless! :) 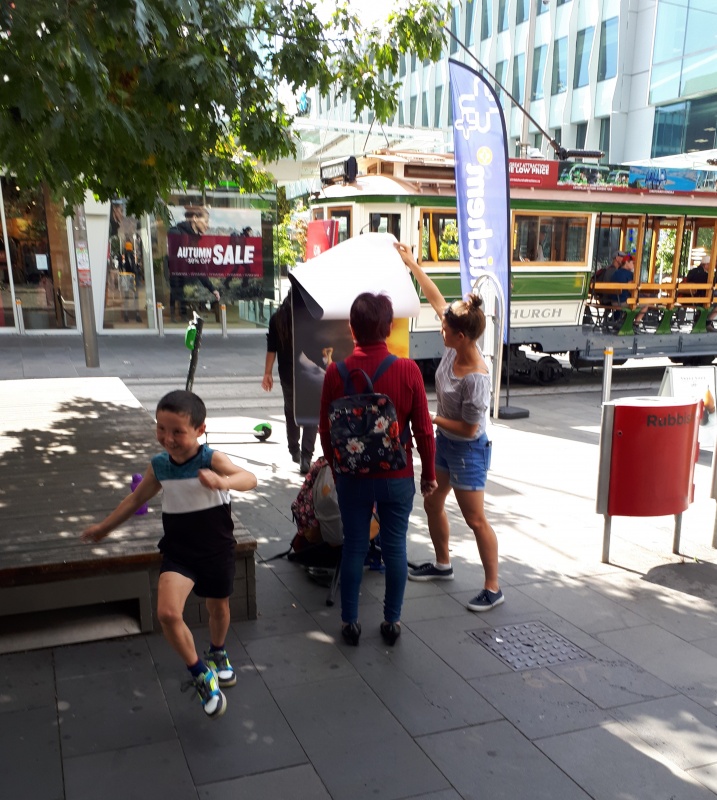 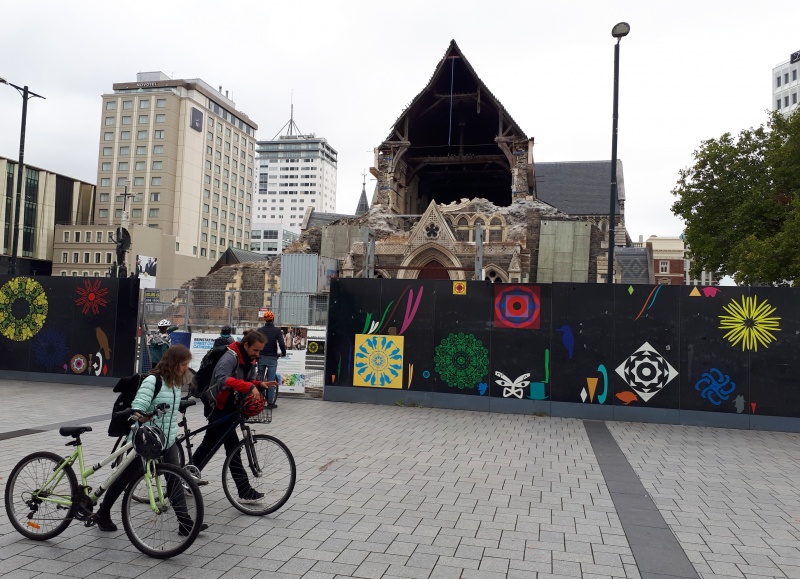