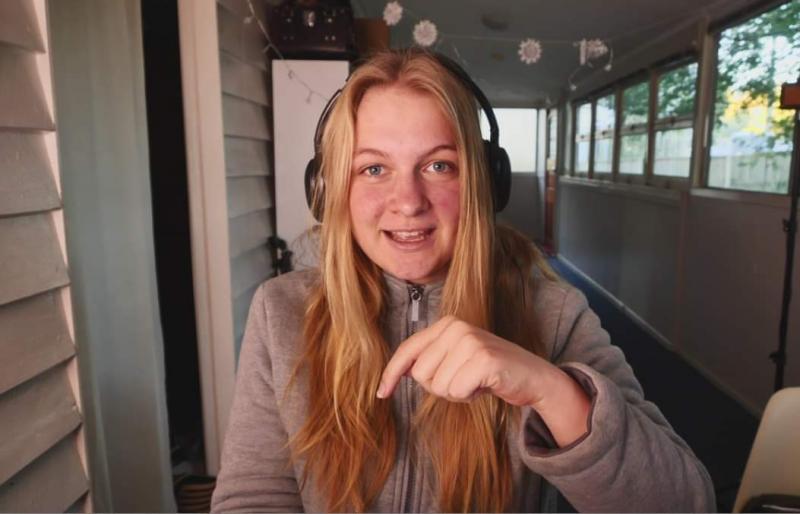 Monday and Tuesday online were exciting! There were many good conversations but a few highlights will be recounted. It is good to note though that, evangelism is always about learning. Each conversation that doesn't go as planned is an opportunity to consider, "How can I better bring the good news of the gospel to people's ears". Sometimes it's about reading a situation better and getting there faster and other times it is about slowing down and letting the challenge of the law sting more. There will never be a point at which you've mastered it because there is always a new person to speak with who is slightly different from the last.

Often in evangelism you can find yourself get into a rut. You have two or three conversations in a row with hard hearted people and you end up with a soft and gentle person and can push too hard, losing the conversation because you were in the habit of not being as gentle as you could. Or alternatively you're with gentle people and then you get a hard hearted person who runs away with the line wasting time because you let them have a little too much freedom in their answers.

One conversation almost ruined by a little to much intensity was with Derek. He had a Catholic background and was willing to chat but was a bit of a dawdler with his words. A couple of times he was cut off and an apology had to be issued for not letting him speak. He initially was insisting on "asking for forgiveness" which is easily the most common answer that is heard from professing Christians about how they think they gain forgiveness and get to Heaven. Thankfully at the end of the conversation Derek said, "I want to thank you man, I really appreciate what you've had to say and it has changed my mind. I know properly understand the faith I once said that I had".

He was encouraged to read Romans 3-5 and to consider it further. Next conversation was a harder one, Callan was self assured, ironically so. He said he didn't want to trust anything a human said (which was pointed out as untrue, showing that he trusts his drivers license and the like) but also that he simply wanted to trust himself over and against anyone else. It wasn't about the humanity of the person, it was just that he wanted to be his own God. This was pointed out time and time again. He was able to grasp the gospel but was adamant that he wanted no part in it.

Callan is from Christchurch, NZ and Operation 513 has a team there. Please be praying that he would have a second opportunity in person to speak about Christ and that God would be kind to draw him to Himself!

A shorter conversation was with Brenda who is Brazillian. She had some Catholic background (expected in South America) and she too saw the good news of the gospel and really quickly understood and said that she wanted to trust in Christ this very day! She was encouraged to start reading her Bible (which she hadn't in over two years) and had some questions about things she had struggled with regarding Christianity. She was left with some simple answers and the ability to contact the team via needGod.net if she had any follow up!

Please be praying for all those who heard that God would be kind in drawing them to Himself, for His glory and their good! Lastly, why not come join us yourself! Now is easier than ever, with the ability to have live feedback and encouragement as someone basically can be a fly on the wall in your conversations!