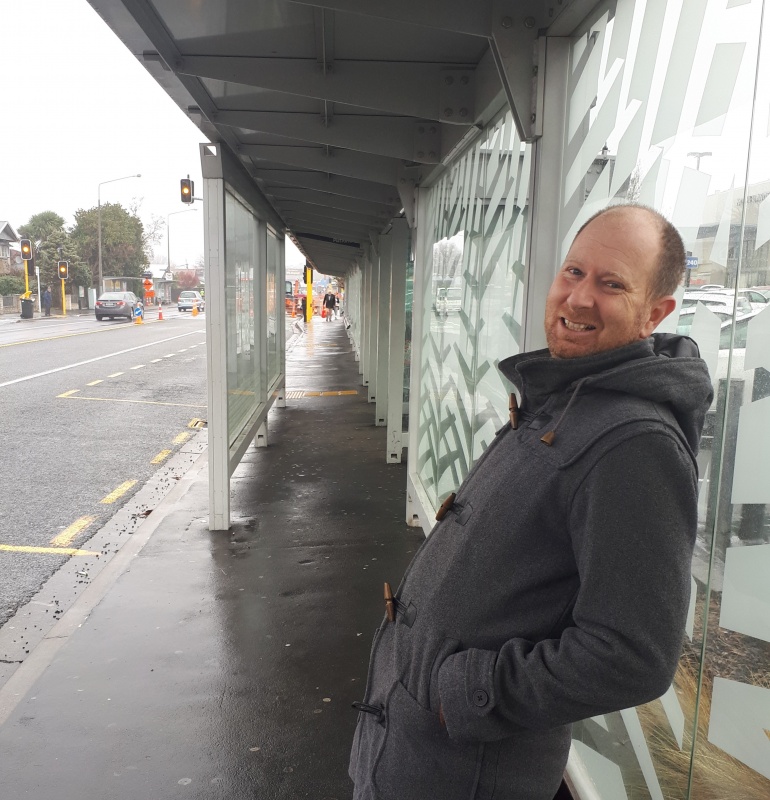 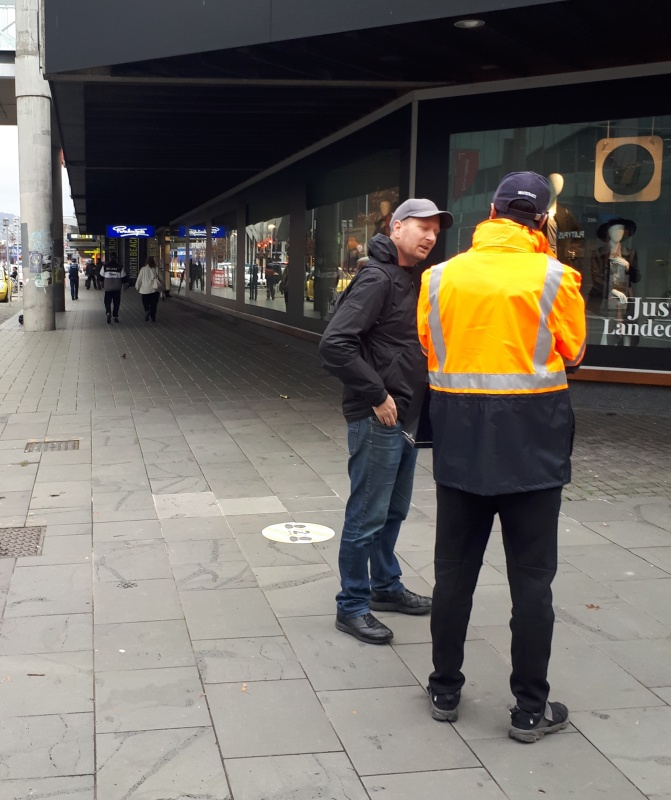 Thursday and Friday saw a lot of rain in Christchurch.  This led to more online evangelism than usual - but we still headed out as well!

On Thursday I started with online outreach before heading to the Northlands bus stops and then being forced back online due to the weather.

With the first stint online the highlights were:

It was raining when I made it to Northlands.  I was confident I would be able to use the bus shelters to stay dry and have conversations.  But the rain was falling in such a way that it came in under the shelter.  And there weren’t many people around.  In fact, when I turned up, there was only one!  So I approached this guy, and to my surprise he was very keen to chat!  We discussed apologetics, with an emphasis on why God is the only answer to the universe existing - this led to a discussion about evolution.  Unfortunately his bus came, but he had really enjoyed the chat.  He received a tract and invited him to get in touch.

I ended up having two more conversations before Andy and I decided to head back online.

With the rain on Friday morning, we did online evangelism instead of the gospel + abortion outreach.  But I still felt like I was outside the hospital because my first conversation was one of the hardest I’ve had in a long while.  She was a deeply hurting lesbian with an intense hatred for God.  It was more difficult because she didn’t want to hear logic - and yet she fiercely argued with me and wouldn’t give up.  I did manage to switch from intellect to conscience by taking her through the law - she didn’t argue with that.  And I was able to talk about the gospel a few times.  But in the end, I had to finish up the conversation, she was so angry - and the argumentation wasn’t helping.  I felt grieved and helpless afterwards - desperately wanting to help her.  But God knows - I leave her in His hands.

My mornings online outreach finished with a wonderful conversation with an ex Muslim - now atheist in London.  She was fascinated that I was on Omegle to share the gospel.  In fact, she had received Christian literature only two weeks prior on the streets - she showed it to me, it included a copy of the gospel of John.  She was open to me sharing the law and the gospel with her, and she really appreciated the clear explanation.

The weather forecast was for improvement in the afternoon.  Sure enough the rain stopped, and Andy, Binu and I were able to head into the city for a few hours of outreach.

We started with open air preaching - and it went really well.  No hecklers (a nice change).  Andy went first.  There were quite a few people walking past who got to hear snippets.  And as I looked around the Square I noticed at least two people standing still and listening from a distance (it’s funny how you can tell).

I preached after Andy, and to my amazement, people actually came over to sit down and listen!  When I finished, I approached one guy, and Andy approached two girls to follow up.

The guy was a first year uni student studying engineering.  He started peppering me with apologetical questions.  I answered his questions, and then challenged him to respond to the gospel.

Andy then got into a wonderful conversation with a guy with a Muslim background, while I had a walk up conversation with three guys who had just received tracts from Binu.  It was a short conversation, as they were resistant.  One of them made a snide remark about standing outside the hospital with signs - he wanted to let me know he knew who I was.  This only encouraged me.  They heard the clear logic of how we all know God exists, why there must be hell, the law, the gospel, and why we stand outside the hospital with signs.  One of them could clearly see the reasoning, and the smile came off his face.  I hope they read the tracts that Binu gave them.

We moved to Cashel Mall and I got into a conversation with a guy who just wasn’t sound in the mind.  He started talking about how he had the power to kill people.  I told him if he keeps talking like that I’ll call the Police.  Gratefully he left me alone after that, but then about ten minutes later he assaulted a homeless guy!  Andy witnessed it, and called the Police.  Before the Police came, there were some intense follow up exchanges that was causing quite a scene.  I was very grateful when the Police arrived!  Andy had a great conversation with one of the other witnesses (pictured).

Once the guy had been arrested, things went back to normal, and we were able to continue our outreach.  It finished with a great conversation with a Tibetan Bhudist.

The rain returned in the evening, and so I finished the day with some more online evangelism.  It was actually a very frustrating string of conversations.  I had one conversation with a girl who said: “do you know how the Bible has ruined my life?”.  Afterwards I shook my head in frustration - it was the true God of the Bible that gave her life!

I finished with an urgent conversation with a young man who was going to leave, but I desperately wanted to hold him so he could understand the gospel.  When he “got it”, a light cast across his face - which was wonderful.  I tried to move into checking questions, but he disconnected.  But he did have a link to needGod.net.  I leave him, and all the people we talked to over these two days in God’s hands.