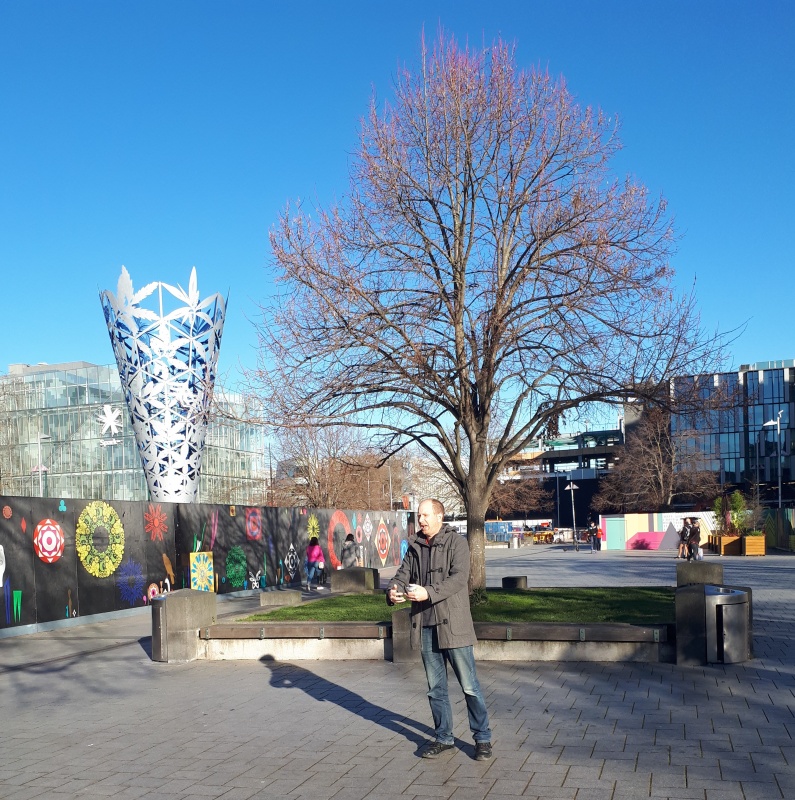 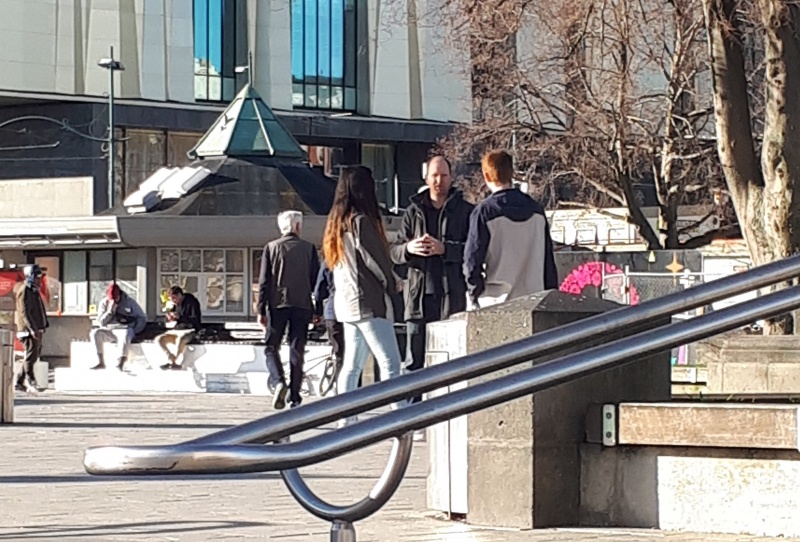 Nice sunshine in Christchurch over the weekend.  It was nice to be back in the city on Saturday.

I set up near the bridge of remembrance and had a lovely time greeting people, handing out tracts, and getting into conversations!

Later, I decided to head to Cathedral Square and ended up having some interesting walk up gospel conversations there.  The last one was very encouraging - the gospel penny dropped for him, and he said, “oh, that makes sense”.

On Sunday, Andy joined me for a couple of hours of outreach in the city.  Andy doesn’t really use the flip chart or tracts any more.  He has become pretty successful at getting people to stop with a confident question and getting into conversations from there.

My highlight conversation of the afternoon was fascinating.  I was talking to a guy who had become a Christian a couple of years ago, when a girl stopped abruptly in front of the flip chart and just stared at it.  The Christian understood when I shifted my attention to her - he moved on.  She was keen to give the flip chart a go, and was very engaged, so I was able to slow down and take her all the way through all the pages.  She had no religious background and seemed to be a pretty clean slate following the logic through, coming to understand the gospel - the checking questions confirming.  She agreed that she would want to accept the gift of Jesus.  So I moved to the final page, which gets people to consider the cost (in this life) of the gift (eternal life).

She said the man should forsake (her word) his precious backpack to accept the parachute.  I explained that it would be the same for us considering the gospel, we will forsake the precious but wrong things of this life to accept the gift of eternal life found in Jesus.  She didn’t seem to grasp it, so I gave an example.

Now she seemed to understand - and instantly became resistant.  She said, “oh, I don’t want someone else to take my punishment, I’d rather be judged for my own wrongs.” (she had reverted to thinking she would be good enough).  But I re-explained why that wouldn’t work out well.  She then said it wasn’t fair for Jesus to take her punishment - she wouldn’t want to let that happen.  But I used an analogy to explain why that didn’t make sense either.

But there was no swaying her.  She reluctantly accepted a tract - “in case you change your mind” - then left.  I was amazed.  I have no idea what she was thinking, but the cost was obviously too high for her.

Later, Andy and I were in Cathedral Square and she came past.  She beelined away from me and looked at me with disgust. :(

Our job is to share the gospel, it’s God’s job is to convert.  I leave her in His hands. 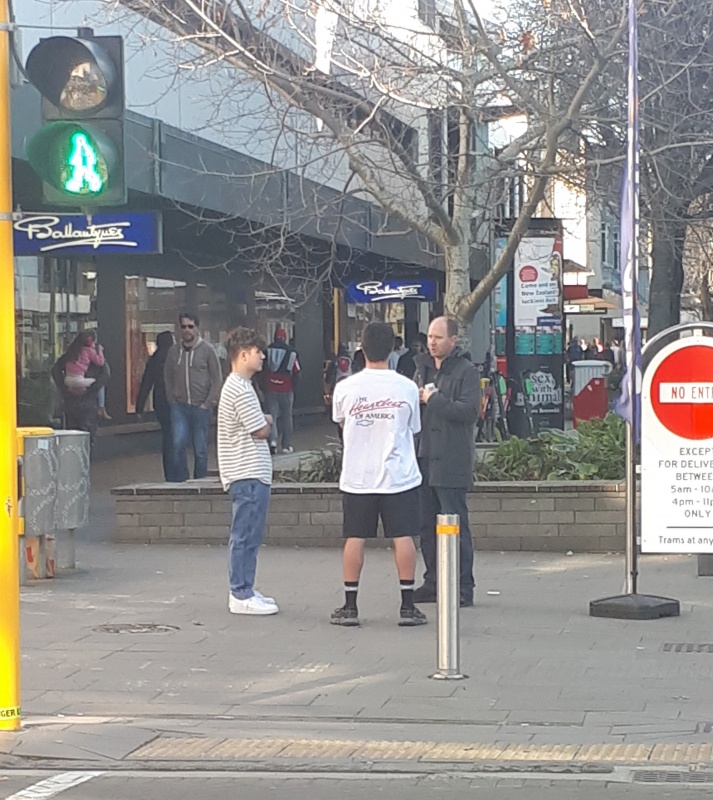 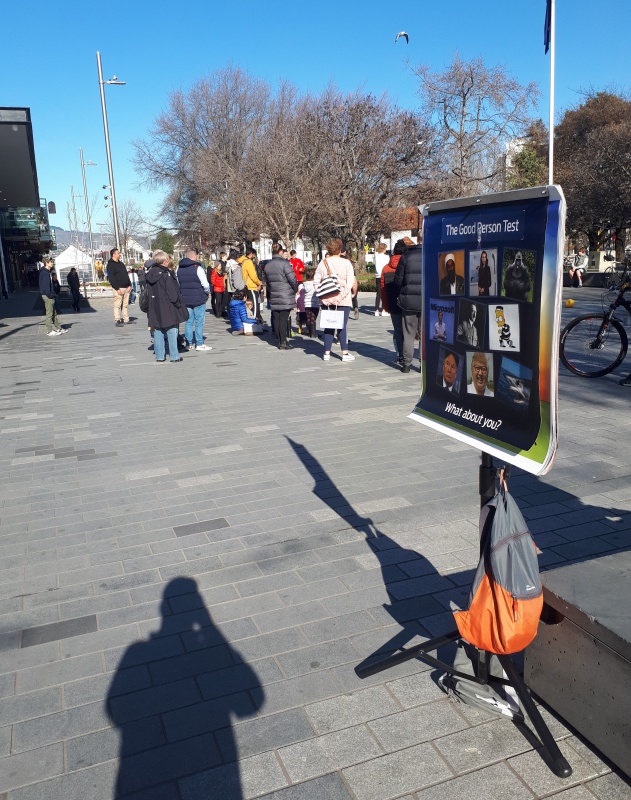