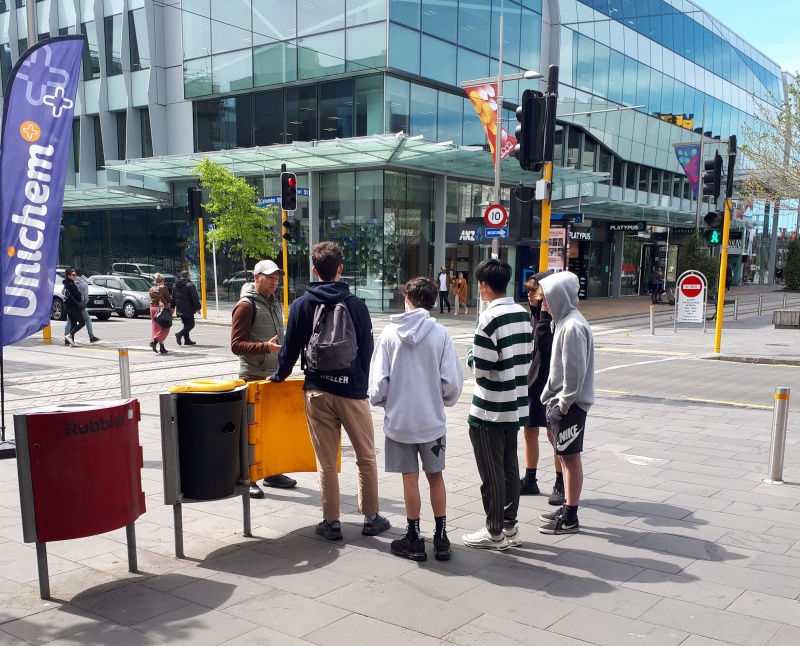 Thursday: Online in the morning before joining Andy at the bus stops.  Northlands and then Eastgate.

One of the most interesting conversations I had was with a young high school student from the Philippines.  He wanted to talk, but he was extremely softly spoken.  I took him through the law and the gospel, and he conceded to the logic of what I was saying.  I then moved into checking questions and I wasn’t surprised when he gave “good works” as the reason he would be going to heaven.  So I tracked back and started trying to explain things in different ways.  It wasn’t that he was disagreeing with me, but every time I would ask a checking question, he would rebotically respond with “good works”.  It’s the first time I’ve really encountered someone so entrenched in their thinking.  Early on I learned that this guy was one of Jehova’s Witnesses, and eventually he said, “we don’t believe in hell”.  It was an extremely difficult conversation: I was standing in an awkward spot, I could barely hear what he said, and I was feeling pretty tired.  I ended up giving up :(  But looking back that was wrong.  He wanted to talk - I should have calmly persisted.  Five minutes later, his bus came and he left.  He had a tract.

Friday started with the abortion outreach.  It was sunny, but the wind was strong and cold.  So strong in fact that we could barely hold our signs without the wind trying to whip them out of our hands!  Andy and I had been discussing repentance when a guy came to shake our hands and talk with us.  We have talked to this guy many times before, but I moved the conversation to the gospel again.  I explained how we are saved by grace through faith in Jesus' sacrifice on the cross - he seemed to understand, and so I explained the concept of repentance.  It was interesting seeing his response, he instantly started saying, “yeah, I need to try harder”.  I can’t be sure, but was he thinking he needed to try harder to be saved?  So I re emphasised justification by grace through faith.  The take away for me is that everyone we talk to is different, and finding the right balance in explaining faith, repentance and obedience in relation to salvation can be quite a tightrope.  But we must labour to get people to understand the paradox clearly and correctly!

Due to the strong wind turning our signs into sails, we decided to cancel the outreach early.  Andy and I headed back to his place, where I got him set up for online evangelism on his new computer.  Andy had a long friendly chat with a Muslim who was keen to engage, but ended up being resistant to the gospel.

We headed back into the city for open air preaching in the Square.  There were eleven Christians there, and only one heckler!  The heckler was in a deep one to one conversation with one of the Christians, so the preaching proceeded unopposed.

I decided to hand out tracts and I ended up getting into a wonderful conversation with a lady passing by.  She was Catholic and confident she would be heading to heaven because she is a “good person”.  I just said, “well, if it’s good deeds that gets us to heaven, then I’m not going there”.  She was intrigued, and came back to talk to me.  It was a short conversation, but I was able to explain the gospel, and how we are justified by grace through faith, and not by works.  It started to really click on the second explanation.  She had to go, but she seemed genuinely impacted by the conversation.  Thank you Lord.

After some more one to one gospel conversations, we moved to Cashel Mall.  It was great to have Binu and Graeme with us.

The first was with a guy sitting near the Bridge of Remembrance.  He had a Catholic background but didn’t seem to be convinced by it all.  So I took him through the logic that there is a God and a hell, and then through the law and the gospel.  He listened and asked great questions.  He then made this statement: “you shouldn’t be sharing it like this, people will think they can live their lives any way they like”!  He was understanding the grace of God!  So I then explained the concept of repentance to him (mainly using the fireman analogy).  He seemed genuinely impacted and thankful, he shook my hand a few times.  I could tell he had some thinking to do.  Lord, change him by your grace!

The second conversation was with a Muslim teen girl.  It was a long, respectful conversation with a focus on how God can be both just and merciful, and how Christianity has an answer, and Islam does not.  She started asking wonderful questions related to the Bible and the Quran.  I ended up pulling Andy into the conversation who is reading the Quran at the moment.  She agreed that she needed to read the Bible and find out what it says.  Suddenly, two girls butted into the conversation.  They focused on the Muslim teen and asked: “are you ok?  You don’t have to listen to these men if you don’t want to, you can walk away”.  I was deeply hurt by the insinuation.  But I just stepped back - I wasn’t holding her against her will, I would let her decide if she wanted to keep talking to us.  Not surprisingly, she did want to keep talking to us, much to the shock and hatred of the two ladies who left but kept watching from a distance.  The conversation was pretty much over anyway.  We gave her four types of tract, including “Which One?” and explained how she could get a Bible in a language that suited her.  It was so wonderful talking to a very bright minded young lady.  Lord, we leave her in your hands.

Andy and I finished the day of outreach online with the Brisbane team.  It was so great having Andy joining us!

Thank you for your prayers and support of the Christchurch (NZ) team!  God bless you. 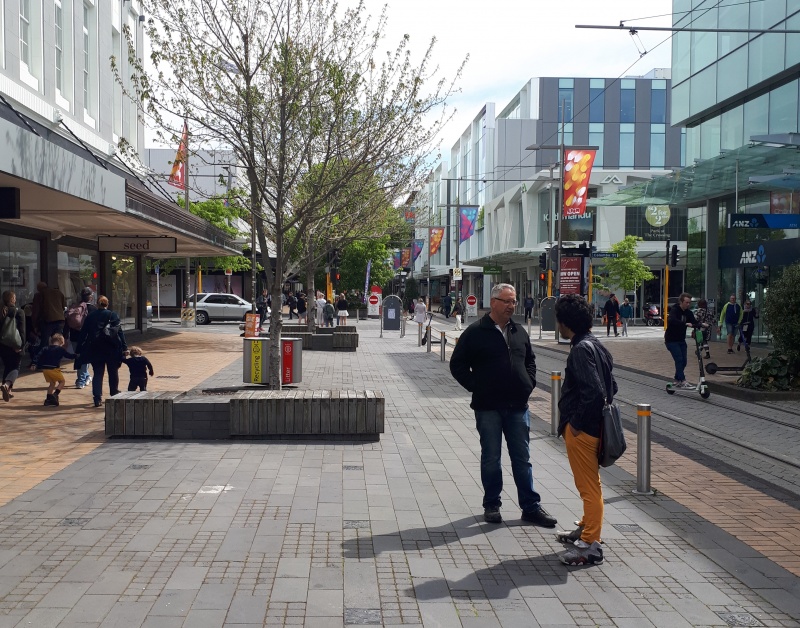 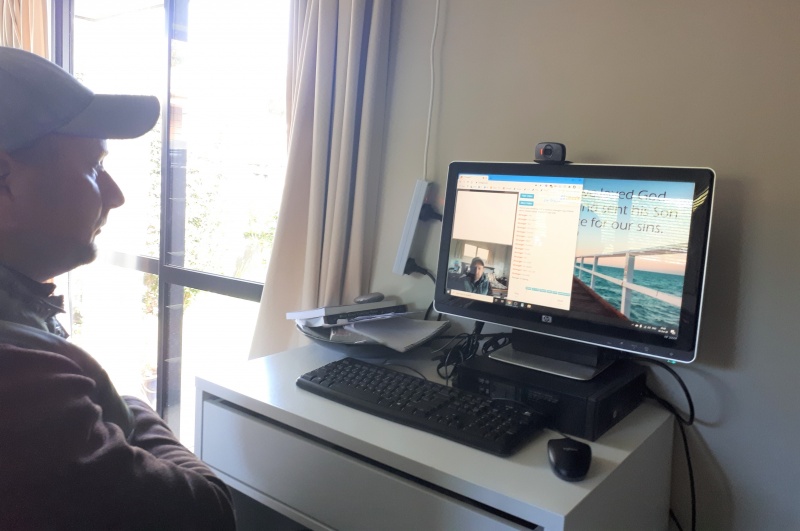