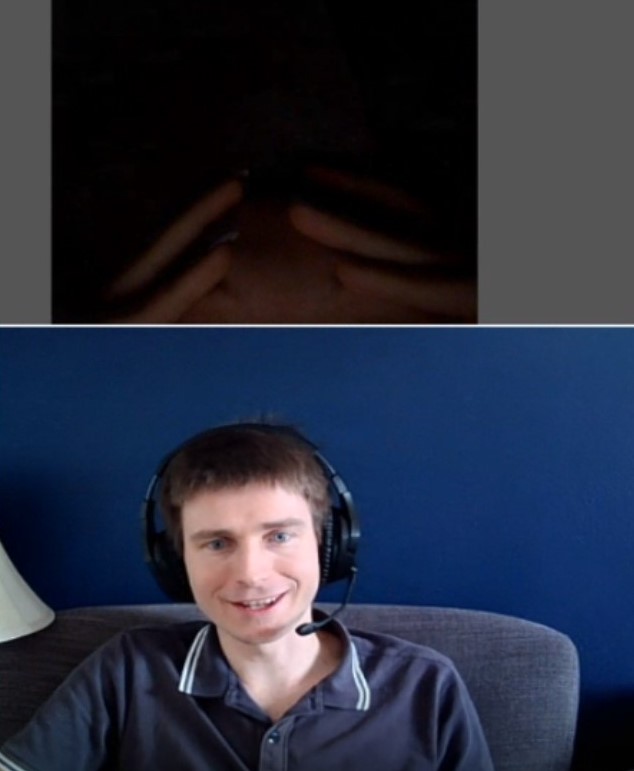 I spent my weekend outreach time online with the team.  I was intending to be in the city on Sunday afternoon, but there was heavy rain - so online it is!

I then had a long conversation with two Catholics.  The guy on camera wasn’t really taking things seriously, but the one off camera was quite devout and staunch.  It was quite hard dealing with them both at the same time.  I decided to focus on the guy on camera, and directed my questions to him specifically.  He slowly started sobering up.  The guy off camera was very much still listening though - interjecting from time to time.  In this way, they both came to grasp the gospel and came to really appreciate the conversation.  I was patient in dealing with the devout guy as he worked through things like why purgatory is not necessary.  They both thanked me at the end.

Next up was a chat with a young lady - the first thing she said was: “how old are you?”.  I ignored it and asked her what she thought happened after life.  She forgot her question and was engaged.  She came to hear the gospel.  Praise God.

God then brought me into the presence of three guys with Christian / Catholic backgrounds.  It was a short, ten minute, conversation where they came to grasp the gospel for the first time.  “Thank you for this”.  “Appreciate it man”.  “God bless, honestly, God bless you - I really appreciate it”.  “Thank you”.  Lord save them!

A guy with a Hindu background who didn’t believe in God, but did believe in “energy” mixed with scientific knowledge.  He ended up asking questions of his own philosophy - so I just said, “how do you explain that without God?”  He just said, “true” - and opened up from there.  He heard the law and the gospel.  He was genuinely impressed - it made sense.  But then he started slipping back to his “energy” thinking again.  I cut him off and brought him back to the gospel.  By the end of the conversation, he seemed to be counting the cost of accepting the gift.  He is in God’s hands.

Sunday was online training outreach.  I was paired with Ryan on the livestream.  Over the last two weeks I’d been practicing the things I had learned when I was paired with him last time.  We had a wonderful two hours of outreach, watching people come to grasp the gospel - even professing faith in Christ!  Glory to God.

One chat that stands out in my mind was one with a young man who started talking about (sinful) stuff you don’t want to hear!  Ryan promptly cut him off and moved the conversation forward.  He came to grasp the gospel, and then said he was trusting Jesus' sacrifice from now on!  He then started asking baby Christian questions!  Like: how do I know how God wants me to behave?  Ryan pointed him to a Bible, and he immediately pulled out his phone and downloaded one, Ryan was able to direct him to the book of John, which he found.

Latter I was connected to a young Muslim who insisted that in “his” religion: x, y, z.  I addressed the fact that there is only one truth, and then marched on with the gospel - he heard about Jesus and then disconnected.  We leave him in God’s hands.

Ryan chatted with a girl with a Christian background who had never grasped the gospel.  The penny dropped - “oh, that’s actually so cool”.  She had someone with her, and Ryan was able to include them in the conversation too, and make sure they understood the gospel.

The whole livestream can be reviewed here.

All glory to God.  Grant us the strength to keep running this marathon in honour of you.