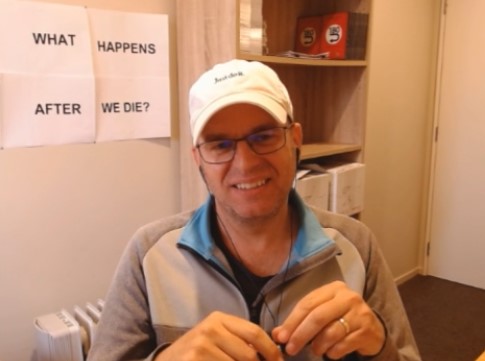 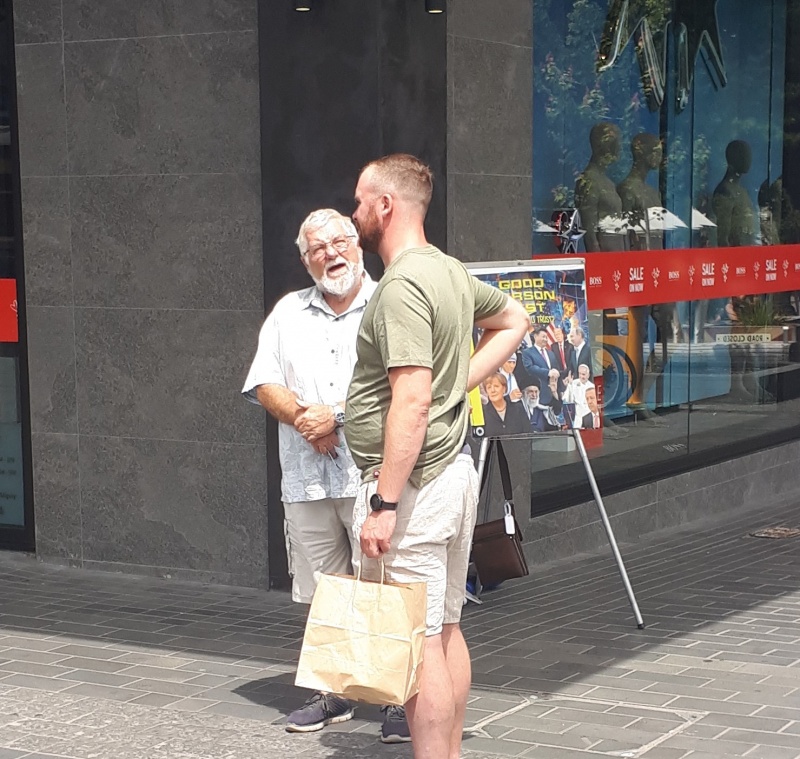 I’ve now completed a whole week of outreach post my holiday.  Thursday & Friday are my longest days of the week.  In those two days, I had twenty five solid gospel conversations - online, not including the ones I had while on the streets.  Although most of my outreach time over those two days was online.

When people first see me online, I will often get called grandpa, or something not mentionable and the person will quit.  They often assume I’m there for nefarious reasons (which, ironically, is hypocritical). So I decided to print a question and post it on the wall behind me: What happens after we die? (pictured)  So far it has worked well!  Often I’ll connect with someone, and they will speak first saying something like: “What happens after we die?  Hmmm, that is a good question - what do you think?”  And I’m straight into a spiritual conversation!

Now, it’s a bit overwhelming thinking about sharing the details of all those conversations in this report, so I’m going to glance at the recording of each one and skim through them.

I had an interesting chat with a couple of girls who heard the law and the gospel.  It became a bit pastoral in the end.  One of the girls had been deeply hurt through inappropriate relationships, and so I gave her the wisdom of the Bible in the right way to approach these relationships, but I had to be careful to not just be a moralistic lesson - as good as that is.  But I had to bring the focus back to the law and the gospel - the root of the problem: sin, and the solution: Jesus.

There was a guy who quickly became engaged in the gospel conversation.  He even moved rooms to get away from distractions so he could concentrate.  From memory, he had a clear “ah ha” moment as he came to grasp the gospel for the first time.  Checking questions confirming.  When I asked him what was stopping him from accepting the gospel, he said: “nothing, nothing anymore”.  So I pointed him to the Bible and a local church.  And I encouraged him to start telling others the good news.

Oh, I had a great chat with a “Christian” guy.  He said that the reason he was going to heaven was because he did a “good turn every day”.  I had an instant flashback to my Cub Scout days!  And, yes, it turns out he was involved with Scouts.  This guy, with much frowning (in a thoughtful way), came to understand that the gospel involved grace through faith, and not good works.  I left him with a link to needGod.net and much to consider.

A guy from the UK, who became deeply engaged, and asked hard apologetical questions - after hearing the gospel.  I was able to point him to needGod.net before the battery in his phone went flat and we disconnected.

A young Christian girl who gained much clarity around the gospel and justification by faith and the correct place of good works in her life.  She seemed pretty overjoyed with the new understanding.  At the end she even asked if I had an Instagram account about God!  In fact, the team I work with does! - so I pointed her to it and said there would be some girls that would be able to answer her questions.

A conversation with a clear false convert, who loved their sin, and was trusting (incorrectly) the fact that he had “ticked the boxes'' to get to heaven: esp. Baptism.  He heard the gospel, but rejected it, the lure of his sin was too great.

On Friday I started with a great online chat with an ex-Mormon girl and her friend.  She came to grasp the gospel, and even expressed how amazing it was.  And yet, when I left her, she was still counting the cost of accepting that amazing gift.

It was at this point I decided to head into the city for some street outreach.  I spent a fair amount of time in Cathedral Square before heading to Cashel Mall with Roger.

I was going to open air preach - but I ended up spending a long time in direct conversation with one of our regular hecklers.  Through the conversation he was making logical contradictions without shame.  It was like he had so medicated himself with his own deception he was completely blind to reason.  It was a frustrating conversation where I often just had to stop and listen - I couldn’t reason with him.  He needs much prayer!

In Cashel I had a good chat with one of my regulars.  Last time I talked to him, he had embraced universalism (everyone goes to heaven).  He had forgotten that in this conversation, and he was back to thinking his good deeds would get him to heaven.  Over and over I tried to explain the gospel, but every checking question he would just revert back to his goodness to save him.  Incredibly frustrating.  I gave up - for now.  God willing, I’ll have more opportunities to labour with him.

To finish the day, I was back online.  And, with much answered prayer, I had a string of wonderful conversations.  God granted me the opportunity to talk with two very logical and open hearted people - much medicine to my mind!  They asked very deep and difficult questions, and I loved it.

And yet, everyone needs the gospel.  The lost and the saved, the blind and the seeing, the resistant and the open, the angry and the calm, the illogical, and the logical.  All of them.  Don’t give up in prayer for the lost, and take every opportunity to share the gospel with them.  Nah, make time to focus on sharing the gospel, wherever you are!  Without it, people will go to hell because of their sin! 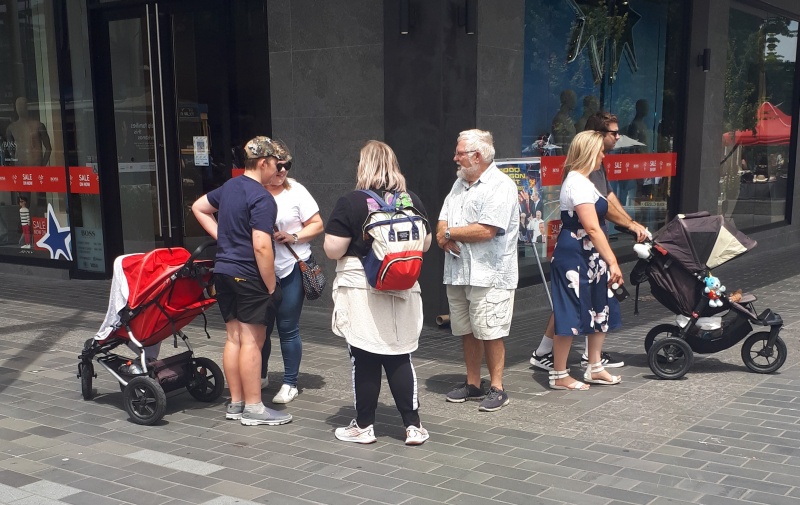 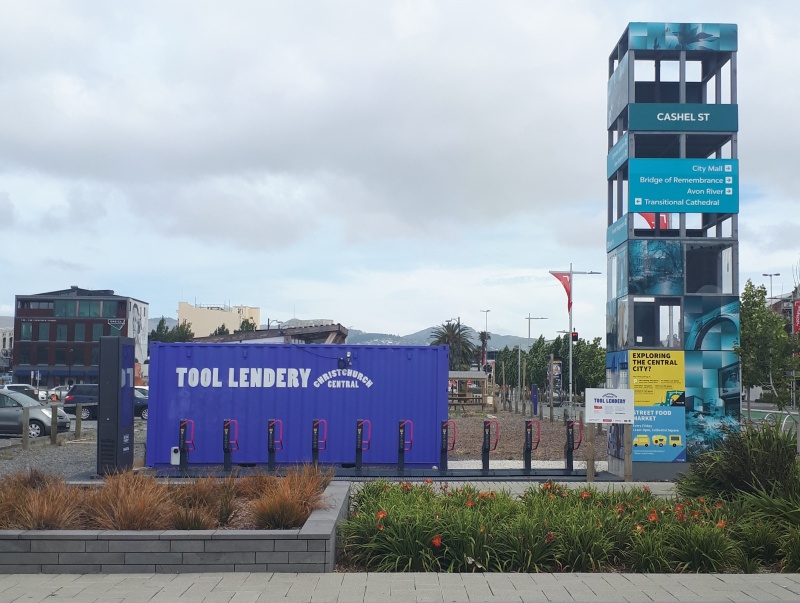