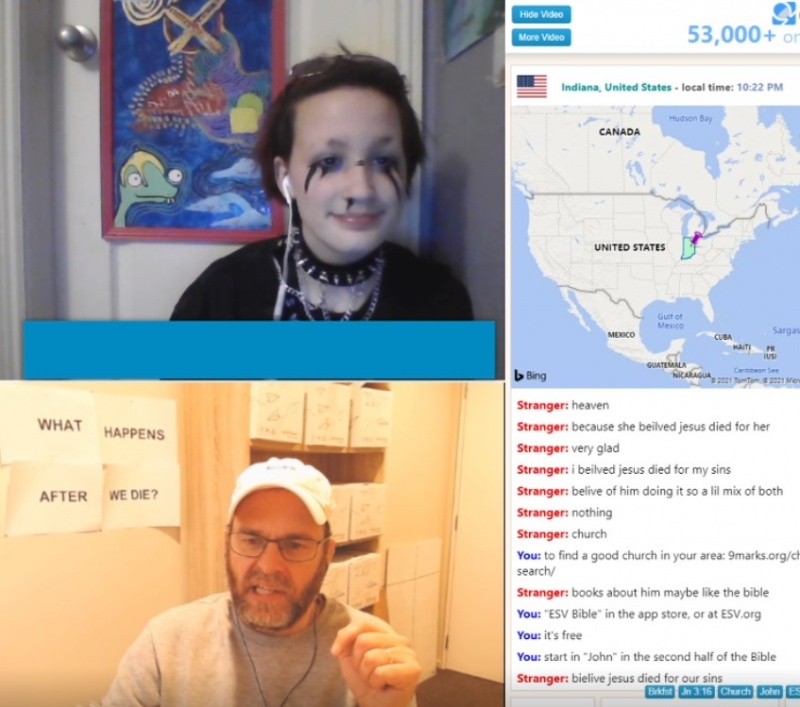 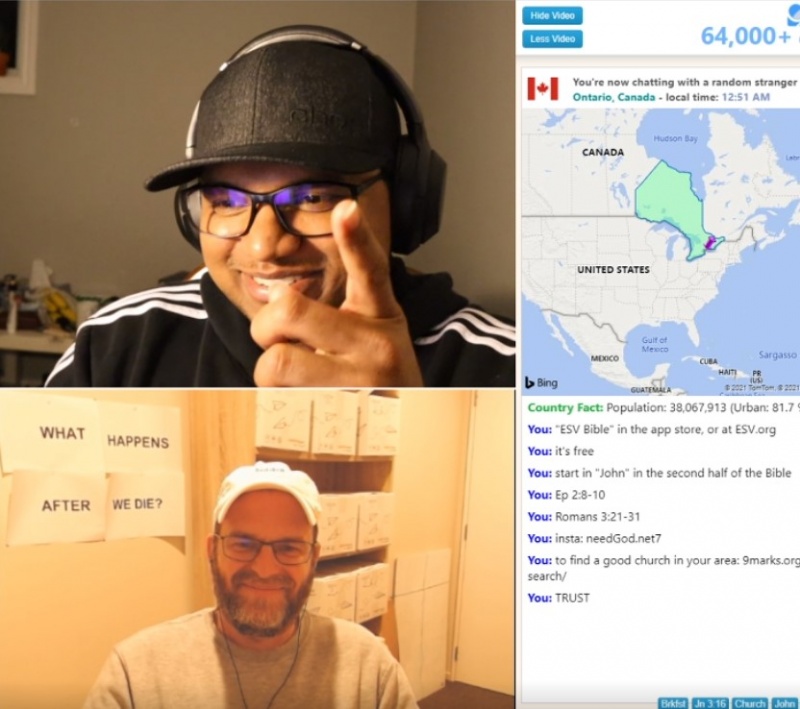 The weekend in Christchurch was very wet.  They are saying two to three months worth of rain fell in the Canterbury area in just a few days.  Due to this I didn’t venture out - instead I fell back to online outreach.

An interesting note, as a team, we have now passed 5000 chats with people online (over a 2 month, 15 day period).  That is incredible; glory to God.

On Saturday morning I had the following chats:

In the afternoon, the team had a training outreach where we paired up for mutual feedback and encouragement.  It’s so good being able to listen to the nuance of another person sharing the gospel and learning from it.

I was paired up with Abraham in Melbourne - a recent training grad (I think).  It was so good watching him confidently and clearly communicating - well done Abraham!

One of my conversations went long, it was a rare reconnect.  One of the team had talked to this guy for 5 minutes 2 months prior.  He was combative initially, and it turned into an apologetics battle.  But as his questions were addressed, he calmed down and opened up to hearing the law and the gospel.  It was a great chat, glory to God.

Sunday afternoon and I was feeling more tired than usual.

By God’s grace, I was given the opportunity to share the gospel with a very open hearted young lady (pictured) who said there was nothing stopping her from believing that Jesus died on the cross for her today!  I pointed her to a local church and the Bible.  May the gospel seed take root and flourish, I leave her in God’s hands.

I then had a couple of very intense conversations.  One of those was about forty minutes long.  It was with a young couple who were Agnostic / Atheist - from the UK.  An extreme apologetics battle.  By the end of it they were curious; why am I on Omegle, of all places, talking about this stuff?  The door was now open for me to clearly articulate the gospel to them, and to plead with them to respond, because life is very short.

The final conversation of the weekend was with a guy with a Hindu background (pictured), from India (although the IP location placed him in Canada).  It was another long one - about twenty minutes.  He came to grasp the gospel, but he didn’t like the idea that he had to give up his Hinduism.  I became quite forthright with him, I told him he’d be going to hell - and given the context, I thought that was fair.  Well, he didn’t like that at all.  I made it clear that I said it because I loved him.  I don’t want him to go to hell, and I pleaded with him to trust in Christ alone for salvation.  The conversation was coming to a natural end, but amazingly he didn’t want it to end, we continued chatting for another five minutes or so.  I told him I hope we can play cricket together one day in heaven!