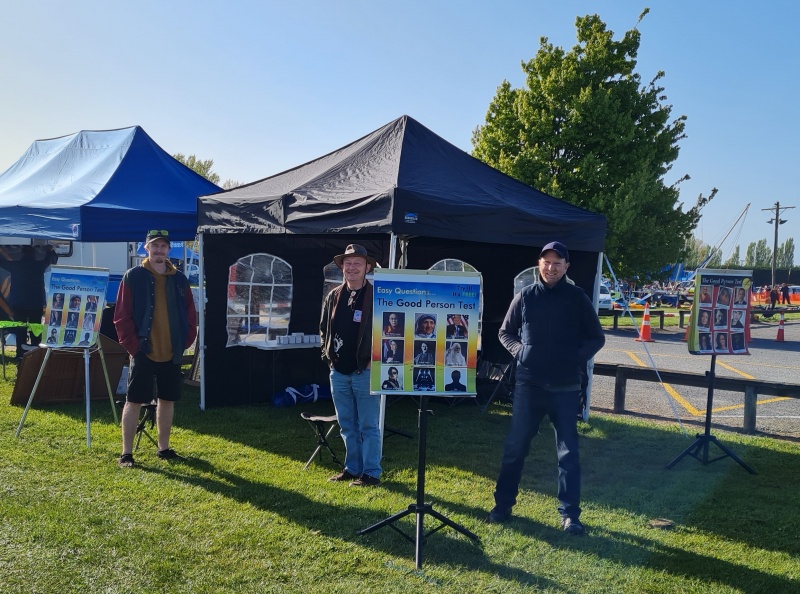 What a wonderfully tiring week of outreach!  We had another A&P Show this Saturday, this time in Rangiora, north of Christchurch.  And all the other normal outreaches were still running: Tuesday in Riccarton, Friday and Sunday in the city, and Online work as well.  Glory to God alone for enabling it all!

The Rangiora A&P Show was amazing.  I have some testimony that rings of the sovereignty of God!  There was a team of 8: Andy, Ollie, Glen, Angelica, Joffy, Vinil, Greg and myself.  All but Greg were members of Redemption Church.  We had a half and half mix of experience, so good to see more Christians getting involved in this way! :)

So, now to the testimony.

Firstly, I was showing Glen and Angelica how the flip chart works, when 3 young guys walk up and want to know what it’s about.  It was a great opportunity to demonstrate the use of the chart for real!  Early in the conversation it became apparent there was a language barrier.  It turns out the guys came from Brazil, and spoke Portuguese.  Amazingly, Angelica is from Colombia and speaks Spanish (similar to Portuguese), and so she played a pivotal role in translation in her very first flip chart chat!  That was so encouraging.  One of the guys was doing most of the talking.  (I tried to include the other 2 as much as possible.)  But at the very least, he was grasping the gospel by the end of the chat.

Soon after Andy got into a chat with a Polynesian lady, she had two young boys with her, yet in spite of their distraction, the lady was very engaged in the conversation.  Andy tells me that she heard the gospel, but when he was going through the “6 people” page of the flip chart (which is designed as a check to make sure people understand the false ways to heaven, and the only right way to heaven) she said, “oh, I thought it was Jesus AND my good deeds to get to heaven”.  Andy was able to clarify that, no, it’s Jesus alone.  She came to tears!  All these years she had been subtly misunderstanding the gospel, and this awakening moment was very emotional for her!  The power of the gospel!!  Andy invited her to sit down, and was able to continue with some more checks - she was now indeed understanding.  Glory to God.

By this stage, the site was getting busy, and all the flip charts were busy.

An old highschool friend passed by!  It was good to see him again.  I’ve shared the gospel with him many times, and he has been resistant to it, even though he would consider himself a Christian, he is very liberal leaning.  Yet, it was good to catch up.  :)  His young adult daughter was with him. She is studying at University, I asked her what she thought happened after life and we quickly fell into a really good gospel conversation!  My highschool friend listened to the whole thing!  It turns out she had a good grasp of the gospel, and is even a professing Christian.  I had a few question marks, which we discussed.  Yet another very encouraging conversation.

The highlight chat of the afternoon was with two brothers.  The first brother walked past, and I noticed him, but he didn’t look interested.  I saw him walk past again.  And then 5 minutes later he approached me.  He was armed for an intellectual fight (a nice one)!  He used big words on me, some of which I didn’t understand (e.g., inductive logic and deductive logic).  I was honest when I said I didn’t know what those terms mean, and asked him to explain them - which he did.  Eventually, he brought the conversation to his presuppositions.  I knew what that word meant!  He was baiting me to go to presuppositional apologetics.  But it was the early afternoon, and I was mentally exhausted. I didn’t have the energy for it… but I knew someone who would be keen, and he was right next to me: Andy.  I pulled Andy into the conversation, and then gently stepped back so that Andy could continue the conversation.

Andy, this guy's family was hanging around, and so I decided to engage one of them: his brother.  He told me his family was all Christian, except his brother (whom Andy was now engaging).  Fascinating!  We talked about church, before I decided to check: “So, what do you think you have to do to get to heaven?”.  His response was, “keep the 10 commandments”.  “Interesting”, I said, “would you like to check out the good person test?”.  He was keen.  So we fell into a straight forward gospel chat.  He was full of “Ooo’s” and “Ahh’s” as he came to grasp the gospel!  He agreed that if he died before the chat, he would have gone to hell, but now he was professing faith in Jesus alone to get to heaven.

So, while one brother was resisting entry to the kingdom of God, the other was entering it!  That is so biblical (Jesus said he would divide families, for example).

This just scratches the surface, so many wonderful chats had by the whole team.  The morning and early afternoon were so busy.  I took about 15 minutes to have my sandwiches before getting back into it!  I was at it for 7 hours, grateful that the late afternoon wasn’t as busy.  But, so worth it!  Glory to God alone.

Tuesday’s outreach in Riccarton was awesome.  Roger couldn’t make it, but Jermaine was able to join me.  It had been a hot day, but as I set up my flip chart, the rains came hard!  Once Jermaine arrived, I decided to put the flip chart back in the car and we just went freestyle.  We both had great opportunities to have chats, including some follow ups, as we went up and down Riccarton road, sticking to the shelters.  I gave away 3 bibles on that outreach.  It was great to be able to catch up with Jermaine over hot chocolate afterwards too. :)

Friday was a very slow outreach in the city, especially for me.  But it was great to see Andy and Roger having some good chats.  Daniel was there as well, faithfully handing out tracts.

And I’ve just come in from Sunday’s outreach in the city.  Great to have Mike and Susan with me.  Again, some interesting opportunities,  I don’t think I really got to have a full gospel conversation, but some ploughing was done with some partial sowing into the soil.

And that’s about all the energy I have left for this report!  I’m going to have some Online chats now, to finish the day.

Thank you so much for reading this far, and supporting this ministry in prayer!  God bless. 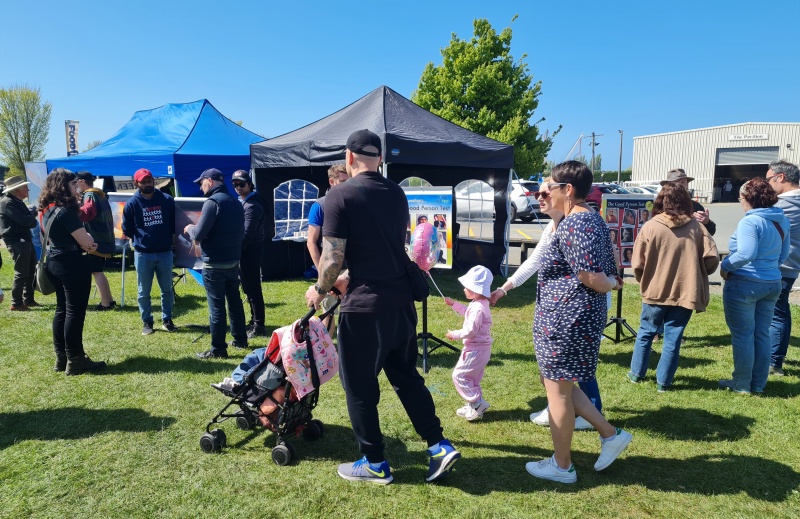 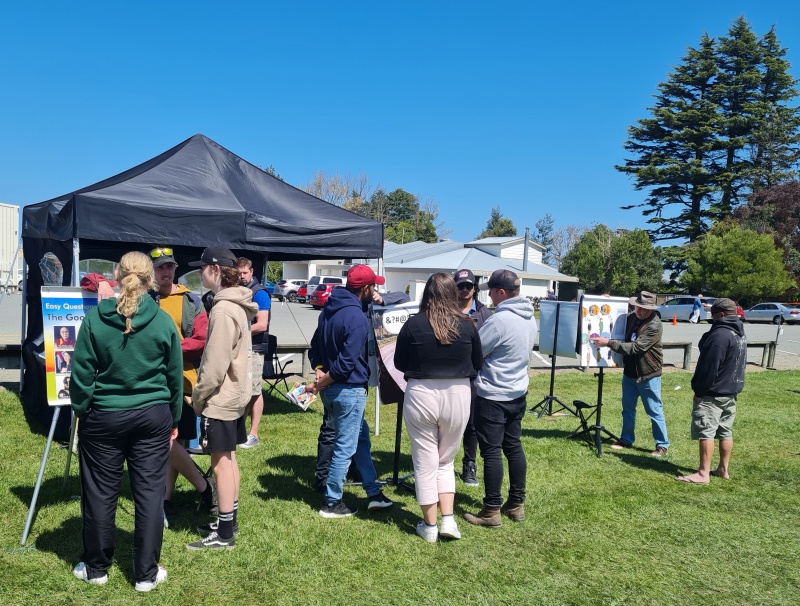 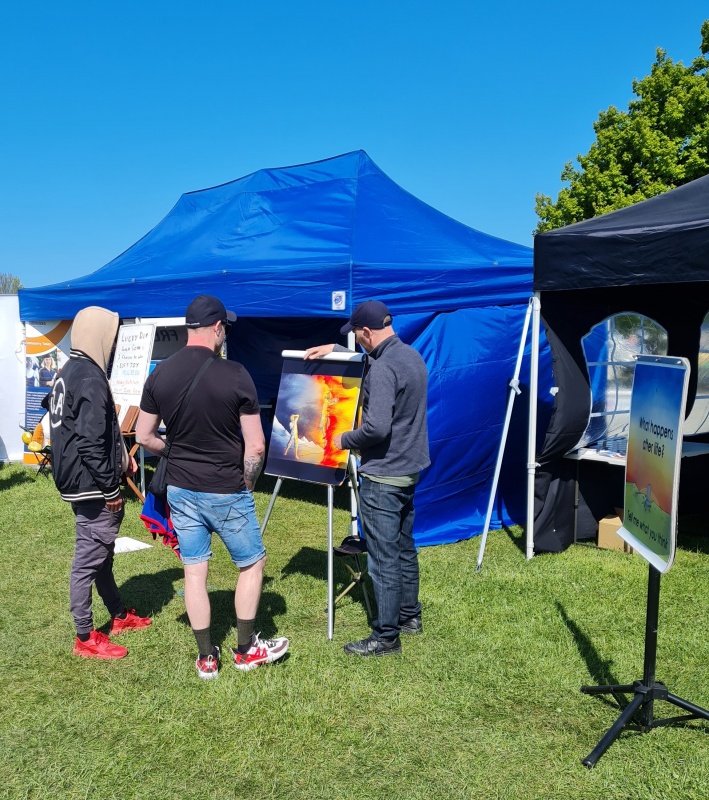 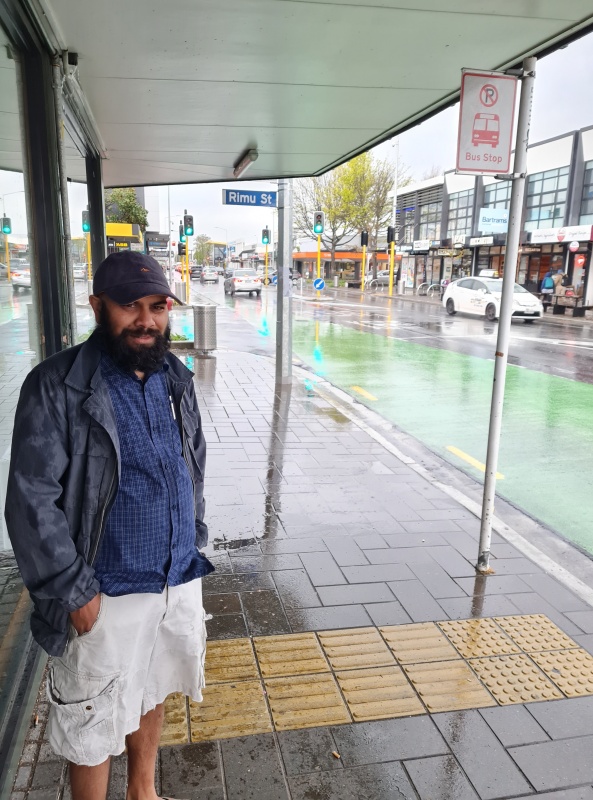