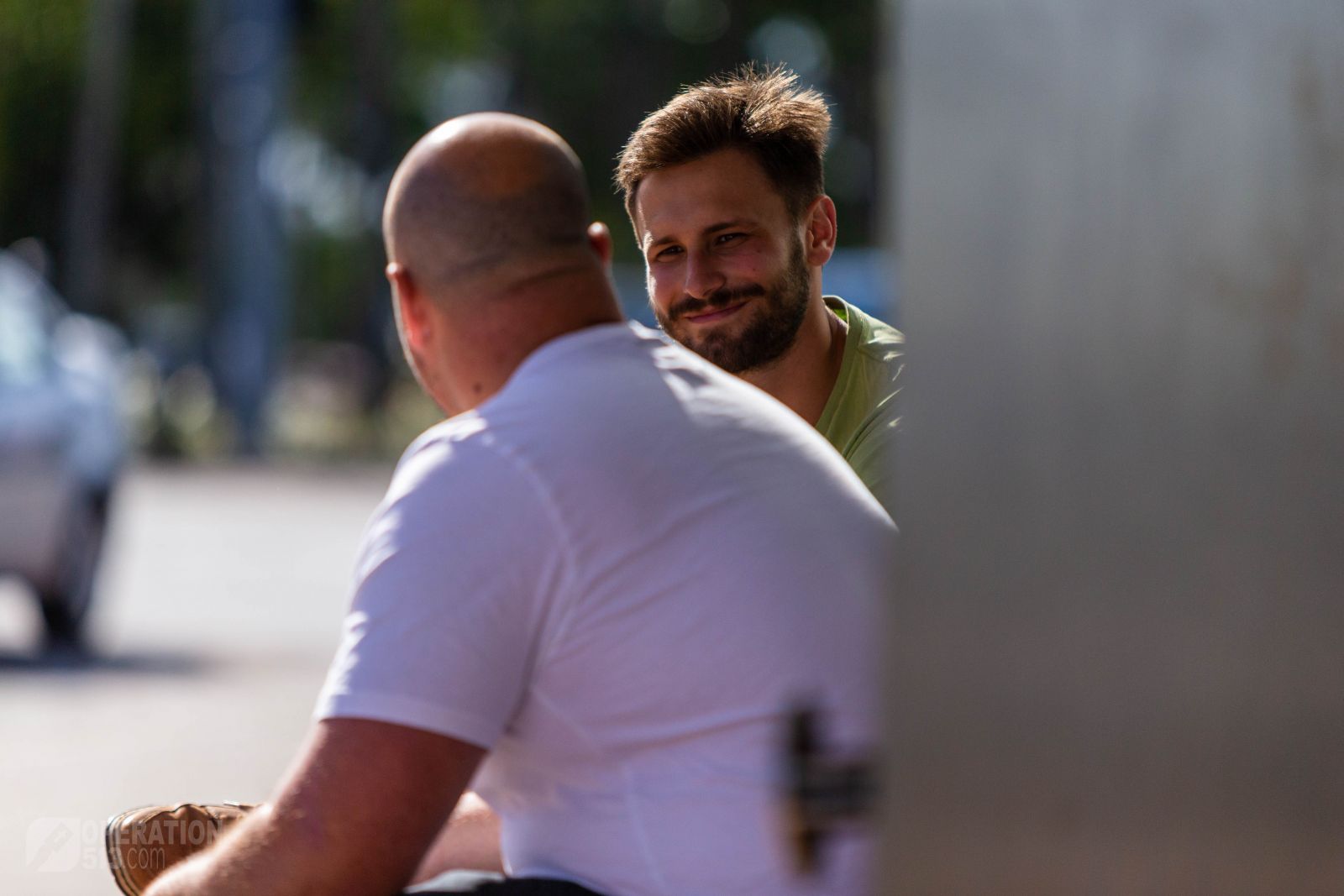 M​onday afternoon at Capalaba started with the threat of rain but thankfully none came. It was a slightly quieter week at the bus stop as it is school holidays at the moment but the team of four still found enough people to have conversations across the whole afternoon.

Two early conversations were had with Tyla and Kasey. Tyla hadn't thought much about life after death and interacted quite simply with the Gospel presentation. She heard of the problem of sin and its consequences. Then proposed a few ideas she thought could fix it. With a little more context and explanation, it was shown that for God to forgive, the debt must be paid.

Tyla then heard what Jesus has done, so that guilty sinners can be forgiven. She seemed interested and surprised but wasn't overly moved. The summons of the Gospel was presented to her, that God commands us to repent and believe and she was left to ponder her decision.

Similarly, Kasey heard the simple Gospel, some explanations for how we know God exists and then as her bus arrived she was left to ponder the question, "When will you trust in Jesus for your salvation?" 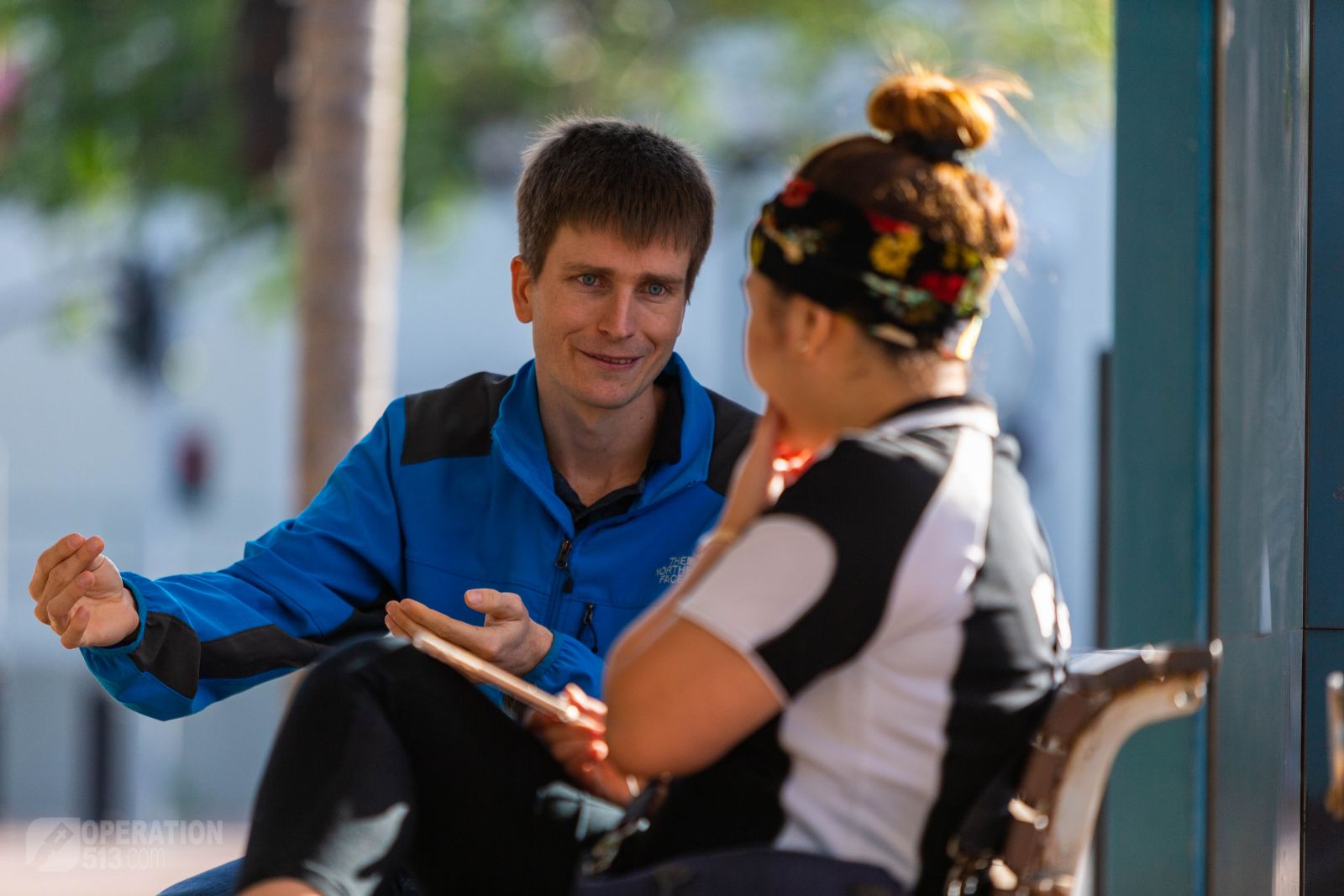 A final and lengthy conversation was had with some teenagers who hang around the area. They often cause mischief and act out but today some of them, over the course of an hour, gave their attention.

At first when there were eight of them, the conversation was a bit silly but as some got bored and walked off, two girls, Leila and Shakira stayed and engaged. They had many questions and ideas. They talked a lot about what they thought and raised objections to God.

As the conversation flowed much of the Bible's story was explained. How God had spoken and made this world, in an incredible display of power. How humanity, despite knowing who God is and how He created this world, in this foolish idolatry decided that they knew better than God and tried to domesticate and control God, trying to get Him to obey their desires or even completely rejecting Him all together.

These two girls, then were shown by the law, how far short we fall of God's standard and were left to dwell for some moments on the reality of Hell and where we deserve to go. They understood but at this stage it still seemed to be information rather than application. 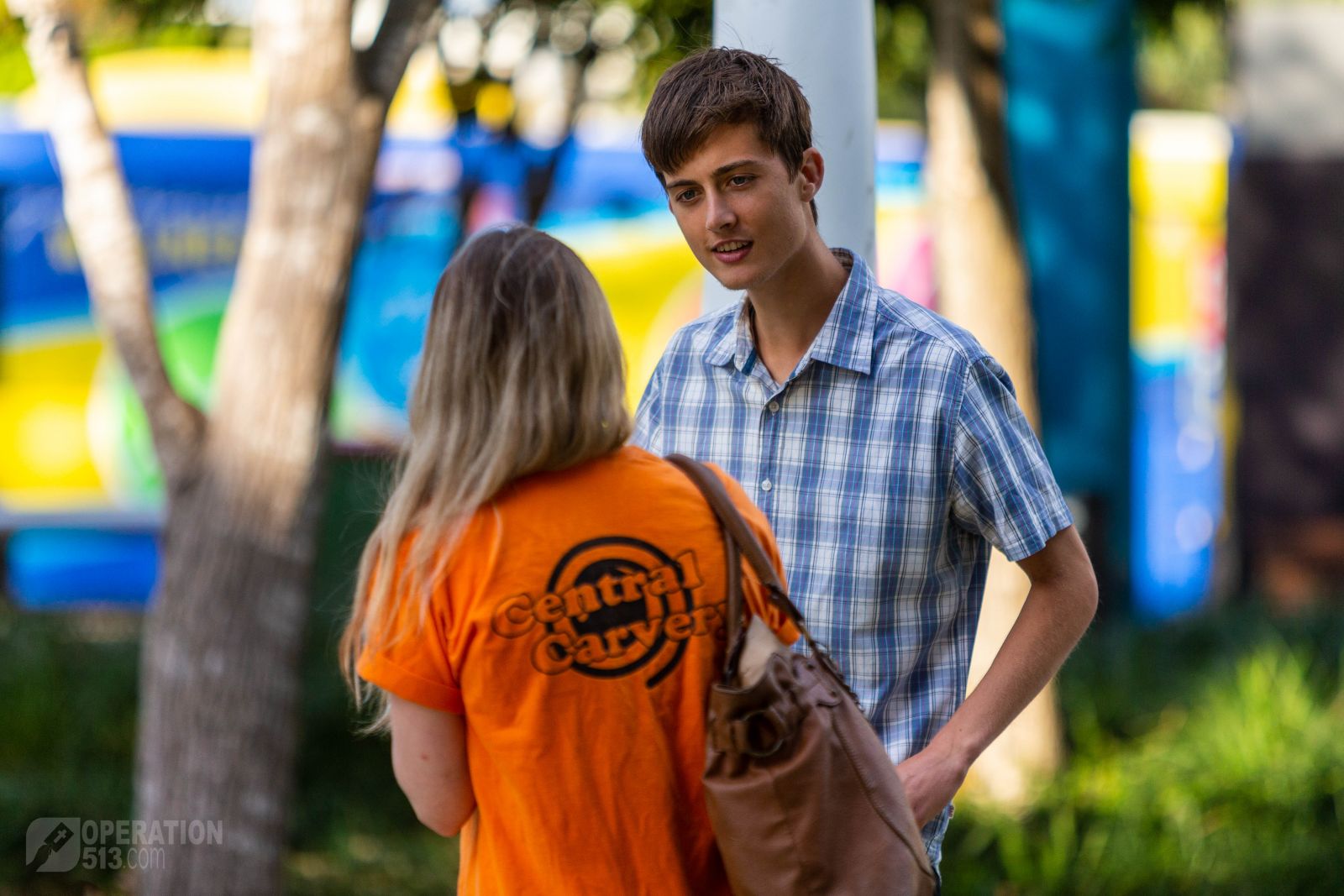 With a simple Gospel explanation given and some more questions answered the girls took tracts and left, with a very clear choice to make, will I choose myself as lord and suffer God's wrath for my sin or will I surrender to Jesus as Lord and find salvation in His perfect life and sacrificial death?

They took tracts and headed on their way. Whilst this conversation went on a mother and her daughter listened in and afterwards mentioned that they were local Christians who had been greatly encouraged by the patience and kindness shown in sharing the Gospel and then said they wanted to try and share the Gospel themselves because of seeing it done.

Lastly please pray that Ann and Ruby, who heard the Gospel conversation would step out in reliance upon God to serve Him with their lives.