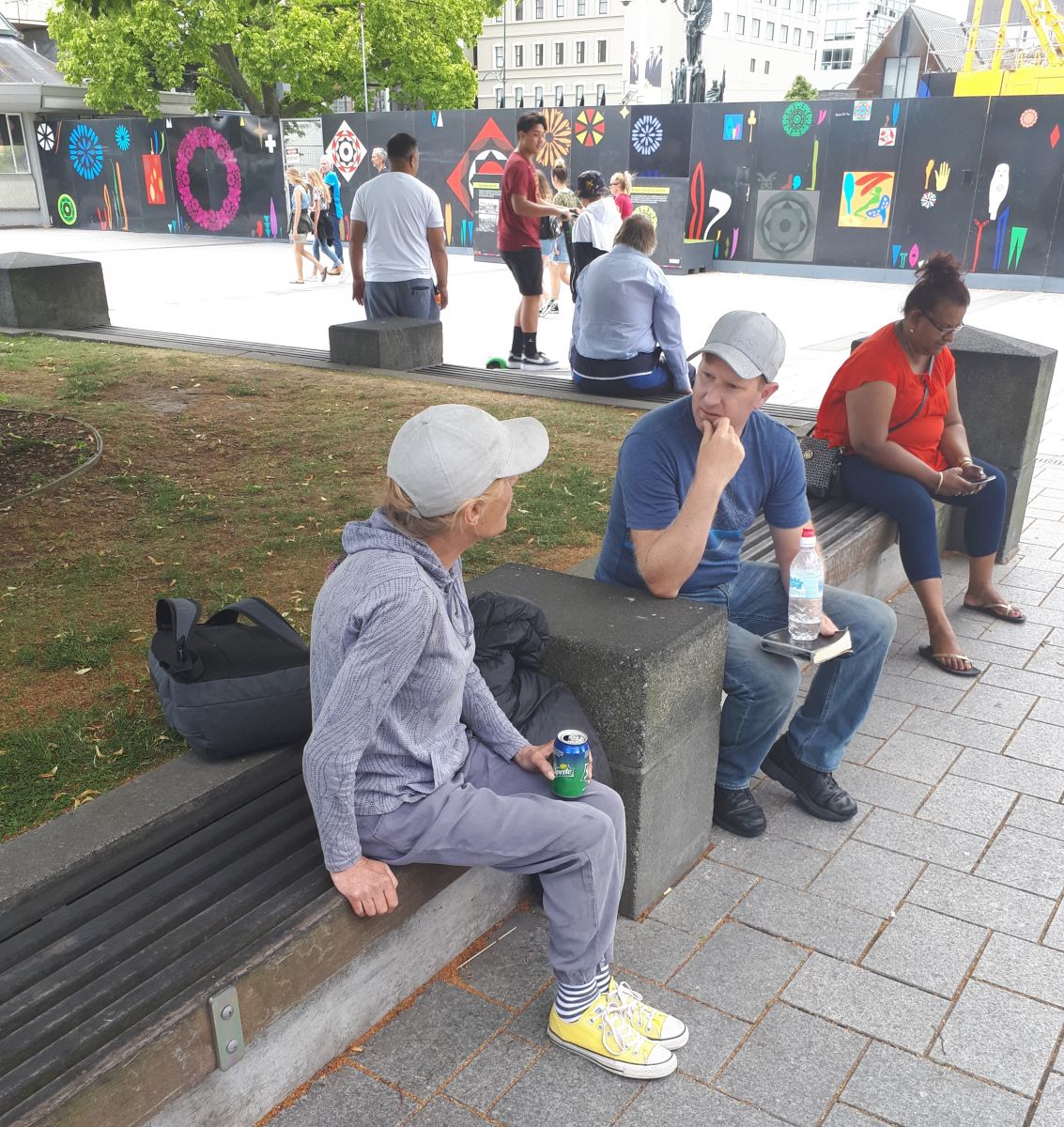 Day 2 of the Summer Mission to Christchurch (NZ).  Today ended up being a day of a few long conversations rather than many short ones.  And only once did a conversation start via flip chart.  Today the chilly bin of cold drinks was used to start conversations with people enjoying the hot sun while on holiday, or during a break from work.

The first conversation was with 2 work men on a break under the trees.  Both were grateful for the free drink, and both thought they would go to heaven when they die.  But after looking at 4 of the 10 commandments, they quickly realised that, if that was the standard God would use on judgment day, then they wouldn't be going to heaven.  The good news of Jesus dying on the cross in payment for sin, and rising again giving us hope of eternal life was shared, with a call to repent and believe the gospel.  This conversation had to go quickly as they were on a break, and we didn't want them stealing any of their employers time. ;)

We then moved on and had 2 (separate) conversations with young tourists from Austria, and Germany respectively.  The Austrian, in particular, was keen to understand what we were saying, so the time was taken to explain the gospel and answer his questions.  Initially he turned down the offer of a cold drink, but after the long chat, and since the sun was beating down hard now - he gratefully accepted.

The preaching in Cathedral Square attracted a new heckler today, which lead to a lengthy 1 to 1 discussion with her.

We then moved to Cashel Mall, where the team split up, and we ended up having separate conversations (walk up).  Mine was with another German tourist, a very thoughtful young man who was challenged by the gospel presentation, and asked some wonderful questions afterwards.  He had a real appreciation for the blessings of life, and seemed to be genuinely counting the cost of following Jesus.  He gladly took a gospel booklet with his cold beverage and said he would read it.

A couple of other significant conversations were had today, but the 4 and half hours went quickly.  It's not just about numbers, but about the quality of the conversations and making sure people understand what is being communicated.  May gospel seed take root, for the glory of God alone. 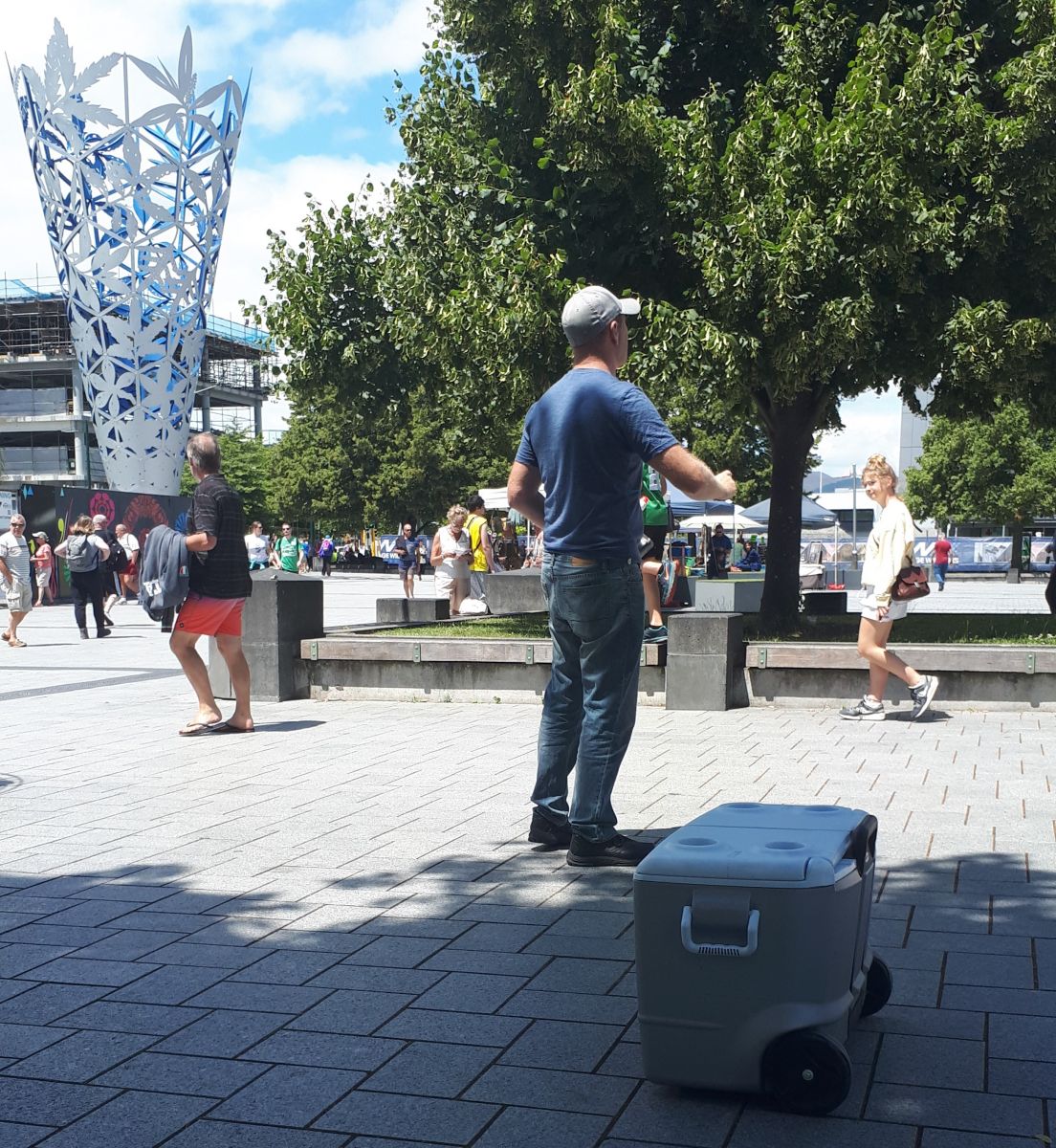