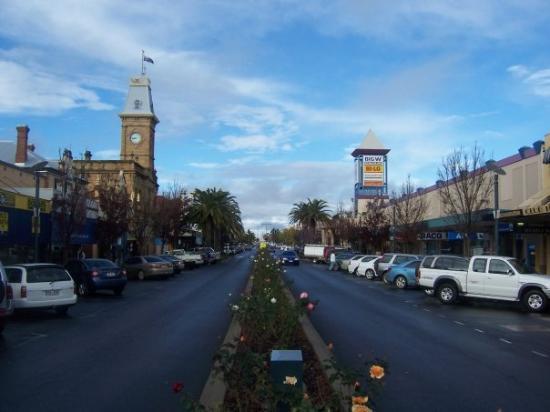 There were good conversations happening during our time on the streets of Warwick.

Last week there were two separate encounters that stood out. After handing out tracts, three ladies stopped. We shared the message of the Gospel, two were agreeing while the other lady stood away from us and was listening in for a little while, then she left.

One of the ladies has been looking on the internet and has picked up false teachings that is clearly going against God’s Word. She was trying to convince us that Sunday Church goers are worshipping a sun God. That was one of a number of things that are leading her away from the truth of God’s Word. We each responded to M lovingly as we defended the faith.

It is the enemy’s lies that wants to divide the church and to destroy the unity in the body of  believers. In God’s Sovereignty a Christian friend joined us and was able to help with some of the strange teachings this lady has fallen prey to.

Rick and our friend were still talking with this lady when I noticed another Christian we have come to know on the streets so I said hello and was chatting with him. Then a man that we have witnessed to several times in the past was walking by,  my friend said goodbye as he could see there was an opportunity with this man. This man was from some weeks back. He was challenged to believe the good news of Jesus. R had told us he can not read so we had offered him help in setting up audio Bible.

So just as we were talking about this Rick and our friend had finished the conversation with the two ladies and joined us. Our friend that came to help us happens to live in the same street, so he offered R to pop in to get help with getting an audio bible resource for him. Wow!!  how wonderful is our Lord God to use our friend to help R get God’s Word. R was challenged again in the Gospel and encouraged to believe and follow Jesus as today is the day of Salvation. So our friend was very encouraged to be part of the outreach. It was a wonderful joy filled day.

This week was really windy, we decided not to set up the Bible table. So we handed out tracts and had the flip chart in our pocket ready for any conversations. Not long after I arrived our friend from last week joined me then Rick arrived. So there has been three of us in the past two weeks.

There were mixed responses as there are on most days an older lady was offended when I handed her “ The way to heaven” Gospel tract. I asked her what she believes will happen when we die then she became aggressive so I didn’t get to talk to her. Not long after another older lady was the complete opposite. She said to me “ I don’t know what happens because I haven’t been there to know”  instead she was open as I shared both the bad news then the good news of Jesus. She has been given a tract and has a Bible at home. Pray she will be given grace and saving faith in Jesus alone.

We had a long conversation with a man in which the three of us were able to help share the Gospel. with him. We eventually found out he could not read. We used the flip chart to take him through the law to bring the knowledge of sin and the good news of Jesus more clearly to him.

We listened to him as he was sharing with us so many times he came close to death and he kept pointing to someone looking after him. Also he has seen other things in his life that has been drawing him to thoughts of  this life and of death. After sharing the Gospel several times he was asked the question why would God let anyone into heaven. His answer was based on works,  so the three of us urged him to trust in what Jesus has done to save us and nothing we can do.

Prayerfully by God’s grace he will receive the free gift of salvation by believing upon Jesus alone to save him. We encouraged him and invited him to come see us for any help. He told us his daughter would help him to get audio bible. He has a tract and a little booklet “Who do you say I am”  his daughter will  hopefully read to him.  Thank you again for your prayers and to God be the Glory. 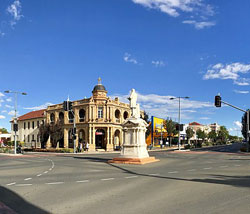