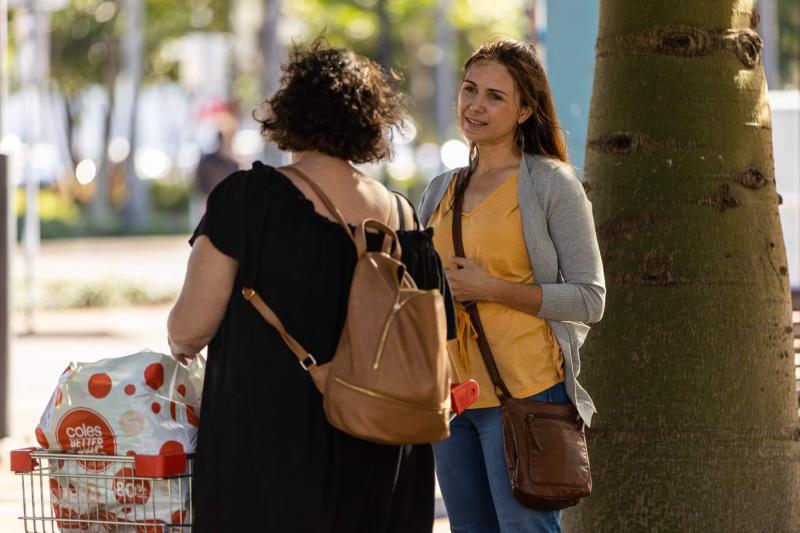 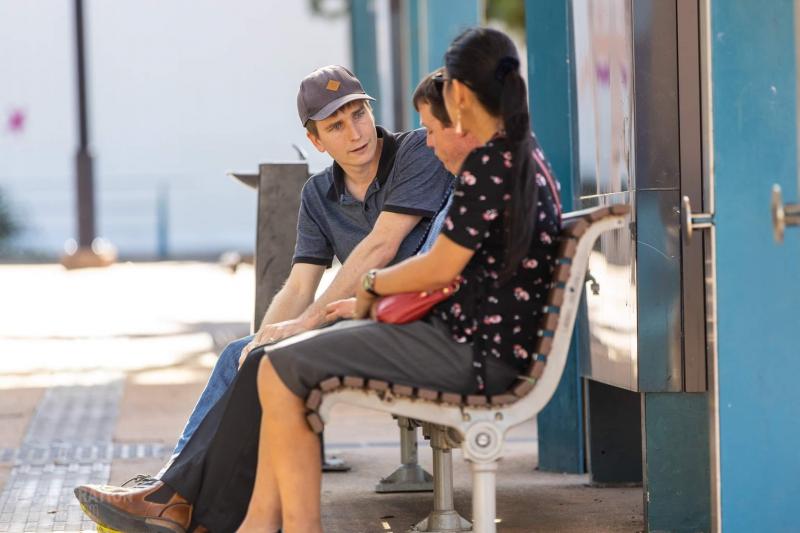 On Monday at Capalaba the usual team of four were out again and God's word went out. It was a surprisingly quiet afternoon but God provided just enough people to be spoken with to consistently keep the team in conversations over the afternoon.

The first few conversations were sad and tough. There was a woman who said she was sure there was nothing after death but when asked why she had no reason. She was pointed to how we know God exists but was defiant and her bus arrived. Then Dylan said a lot of things about what he thinks but very few aligned with what God had said. He was shown God's law and his guilt but said he didn't want to know anymore.

But then a conversation with Matt took place. He took a long time to understand. It was hard work and there were three different explanations given until he understood but in the end of it all, after the struggle Matt seemed to understand. It was exciting to see as he seemed to finally grasp it and was encouraged to count the cost and to this day and to spend time reading the gospel of John he was given.

Then as the conversation with Matt was finishing, there was a man who a couple of times wanted to join in but held his tongue. When the conversation finished he was approached and asked and it turns out his name is John and he goes to a local JW meeting. He was then asked, what do you think will pay for your sin? He said Jesus pays for it. Then when asked how he receives the forgiveness Jesus has paid for he said, "you have to obey Jesus". Was shown that Jesus says the standard is perfection. But he had to leave without any opportunity to hear what Jesus says the way of forgiveness is.

There was an exciting conversation with Robin who at first was quite closed and distant but with a few simple questions she opened up and a good conversation took place leading her to hear of Christ and how she can be forgiven of her sin. It wasn't comprehensive as she had to leave but it was enough for her to be interested in chatting again.

The highlight conversation of the afternoon was with Amy. It was so surprising. She has spoken to the team before but wasn't quite sure. She was open about it all and saw that God exists, saw the condemnation of the law and then understood the gospel simply and quickly. She got the checking questions straight away and asked some good follow on questions, even preempting the next ones usually that would be asked and she got it. Then came a lengthy discourse where she asked lots of questions that she had wondered about how that would impact her life.

Over the course of the conversation she became more and more convinced to the point where she said at the end that she was going to think about it and seriously consider trusting in Christ like she'd never before. She took a gospel of John and said that she would read it before she saw the team next. She made other comments about how it made sense and was seriously challenged about how she was living.

At the same another team member was speaking to her boyfriend and he was less interested but was seriously challenged as well and they were encouraged to read together.

Praise God for such an encouraging afternoon and please be praying for those who heard the message of salvation that they would trust in Christ to pay for their sin!