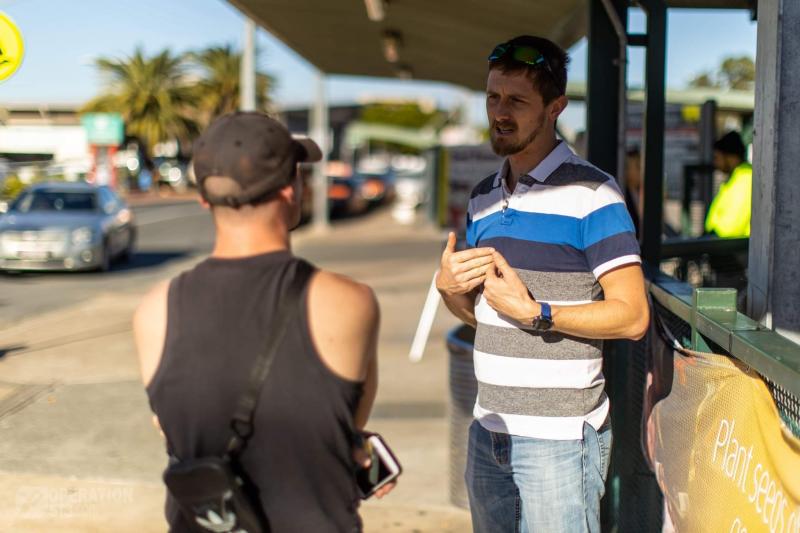 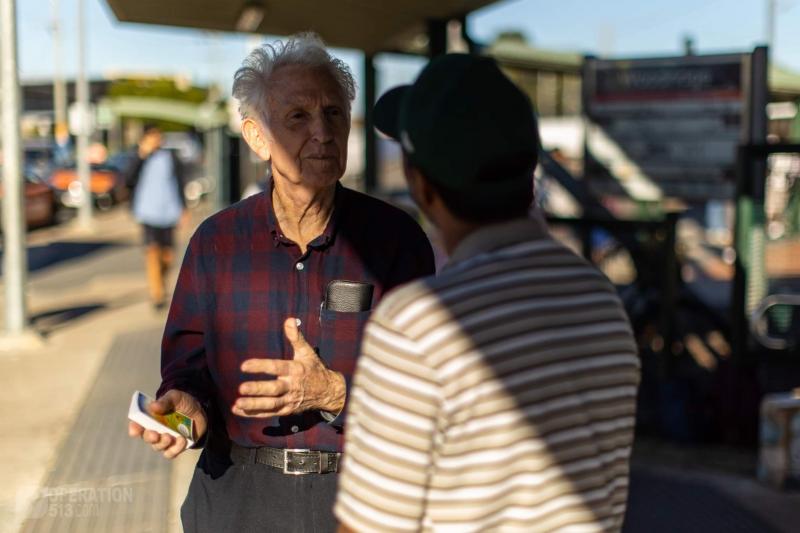 The afternoon at Woodridge started with an encouragement from a Fijian lady who is a Christian and knows the gospel. She was encouraged by our presence and shared about some of the recent outreach opportunities she has had. She was encouraged to see if she can share the gospel on the bus home and then she headed off.

The next was a lady named Mama, who believed that God exists and then saw the law showing her the predicament that she is in. She saw that Hell awaited her at this stage but then was shown the good news that there is one who has dealt with the punishment sinners deserve, so that all who trust in Him to pay for their sin will be with God in Heaven eternally.

A following conversation was with Junior. He was shown the law and his guilt, the penalty he deserves and then was shown the gospel. He just couldn't grasp it. He was so set in thinking that it is earnt or that we have to do something to keep ourselves saved that even despite four different examples and explanations he could not seem to get the simplicity of the gospel. He ended up having to run for his train and took a tract.

Another conversation was with Ariel. She was waiting for a lift and was shown the seriousness of her predicament. She knew that she was guilty but was thinking it would be better to avoid guilt by raising enough "doubt" in her mind to not believe in God. She was shown how we know God exists and then was pointed to that fact that someone must pay. She was shown her current eternity but then heard of the kindness and love of God that He offered forgiveness to her on the basis of his own sacrifice. Ariel sadly had to run without getting to flesh it out a bit more but she took a tract.

This was followed by a chat with a young man who said that he once believed but now does not because he doesn't have any evidence. He was shown how we know God exists and said it made sense but remained hesitant to acknowledge that there is a God or a day of judgement and this was shown to be on the basis of a desire to live his own way.

At the end of the day, these four non-Christians came to hear God's law and some came to understand the good news for sinners but all the results are in God's hands. Only He can change a human heart and only He can cause someone to believe.

Please be praying that God would be gracious to these people and do what only He can do, so that when He does it only He gets the glory! 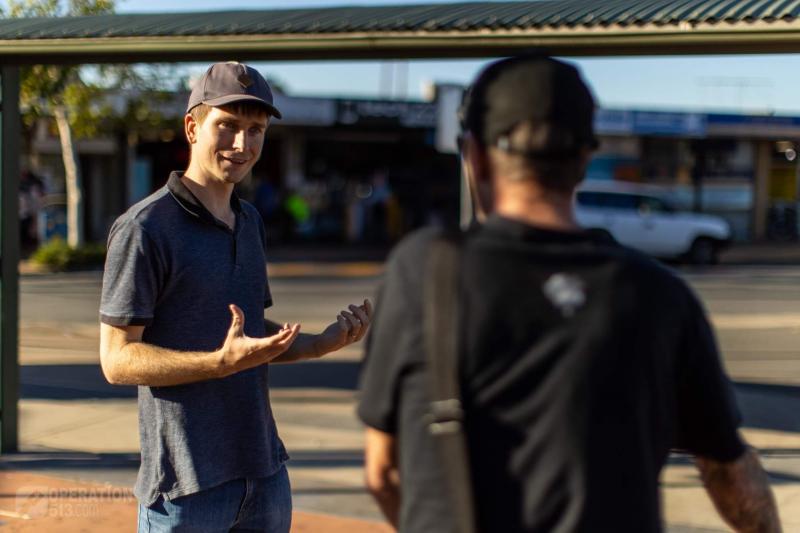 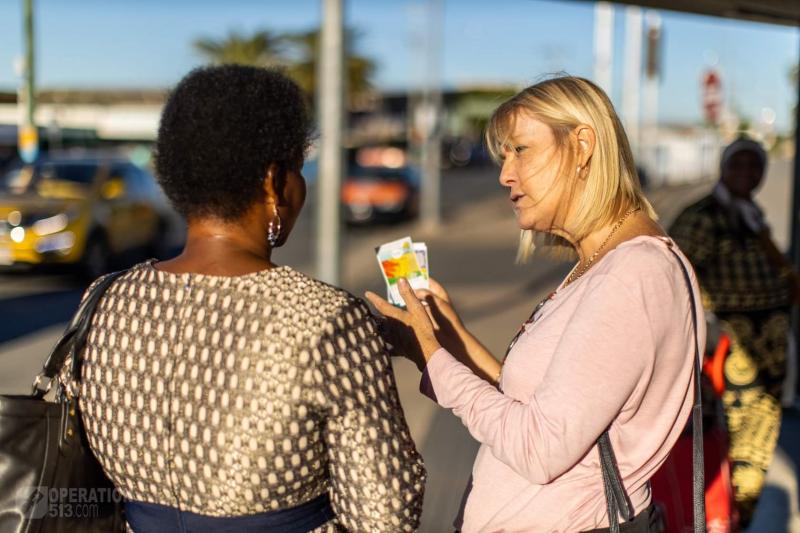