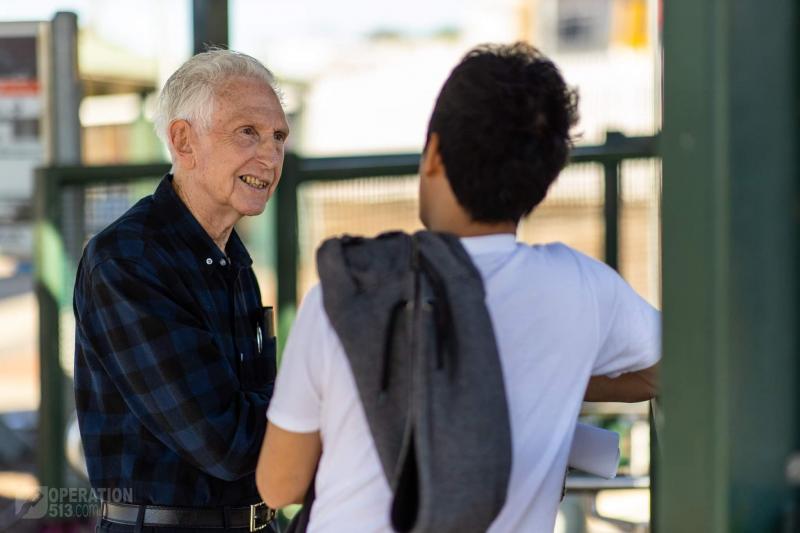 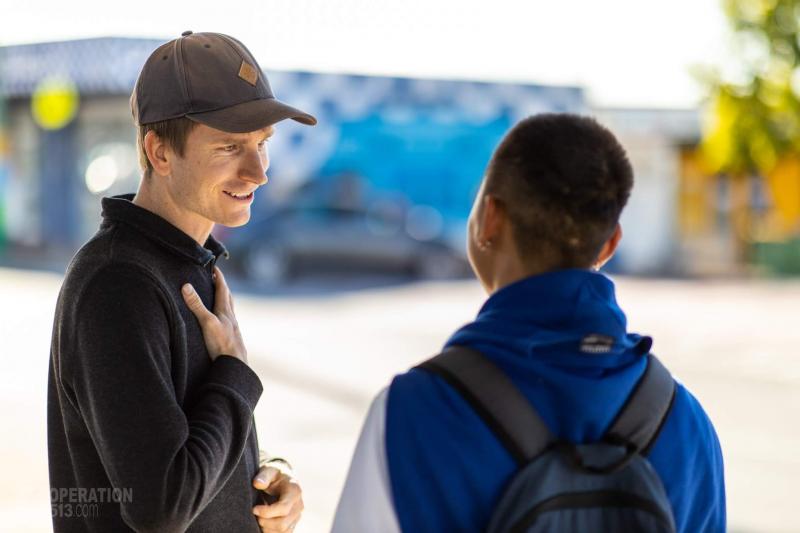 On Tuesday afternoon at Woodridge there were again seven out on the team meaning conversations galore! So many people stopped to chat and because of the area the team were able to spread around.

An early conversation took place with Val who had a Christian background but was lost because she still was mixing Jesus' sacrifice with her own goodness. She seemed to understand the gospel being able to repeat it back as well as answer questions about it showing comprehension but she didn't seem overly moved by it. She then raised that her son has pneumonia and has now been found HIV positive. She wasn't doing this in argumentation toward God but then she raised that even worse he is heading for Hell.

This was used to point out the seriousness of her and her son's predicament. She can't offer him or encourage him with God's terms of peace if she isn't at peace with God herself. I encouraged her this day to count the cost of following Christ and to give up her rebellion, trusting in Christ alone for her salvation and to point her son to the God who saves sinners.

As the conversations from Tuesday are being reflected on to share some testimonies, it is exciting to see so many conversations took place! What a joy it is to serve the Lord!

There was Dava who with a bit of prompting was able to articulate the gospel and said that he is trusting in Christ and said he didn't read his Bible much but was encouraged this week to start reading the gospel of Mark so that the team can ask him about it next week!

Javan also professed to be a Christian but was in part relying on his obedience to help him get to Heaven. With some checking questions he came to understand the gospel and he understood the difference from what he was saying to what Jesus has said. He was encouraged to trust in Christ this very day and said he would. He was asked to have a read of Romans 3-5 to clarify the gospel.

There was another chat with Kyeisha who didn't want God to be a being, just a force. She wanted freedom to live her own way and so she rejected God's person-hood. She didn't have any reasons to believe that God isn't God but was adamant on it. Sadly the conversation didn't last long as she had to run to her bus.

The following chat with John took a similar turn, he too didn't want God to be a being, just a force. Instead of trying to show him that is foolish, the law was used to reveal sin. He acknowledged his guilt straight away and came to realise that he was headed to Hell. He was pointed to the Saviour and given a tract as he had to run for his train.

An exciting conversation to round out the afternoon was with Joe. At first he was being silly suggesting that humanity will live another life on Jupiter or something like that but then was just taken through God's law. He saw his guilt straight away and his mouth was stopped. Then he came to understand the seriousness of sin that it is rebellion against God and God says that sin deserves Hell. When he comprehended this he realised that if he died tonight and God gave him justice he'd be sent to Hell.

When asked what the solution was Joe was unsure. He had a few guesses but mostly didn't know. He was shown the glorious gospel and for the first time in his life after understanding that it is a free gift he said in his Kiwi accent, "Wow that's fantastic!" He had tears in his eyes and said he wanted to read his Bible tonight and asked for a place to read. He then asked if there was a Church he could attend locally and was recommended one!

The joy on his face as he understood the gospel was one of the most precious moments that a Christian could witness. As someone for the first time understands the gospel and by the looks trusted in Jesus alone for their forgiveness! Praise the kind and merciful God who is slow to anger and abounding in faithful love! 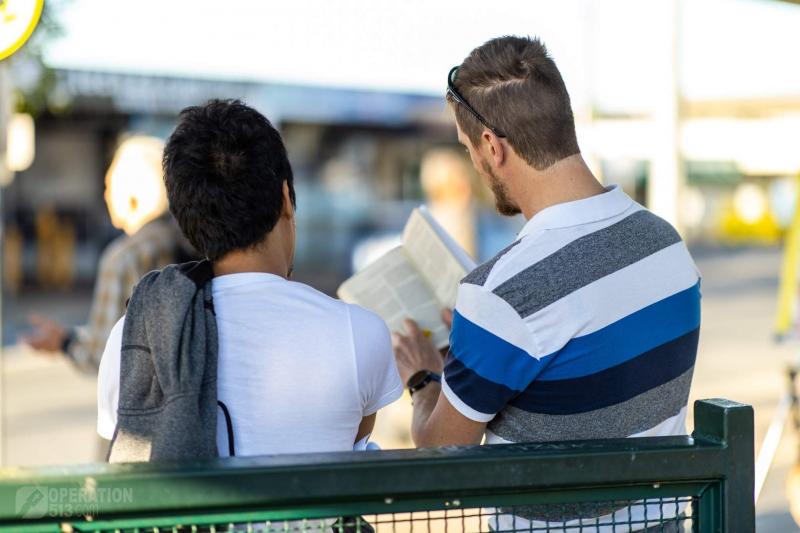 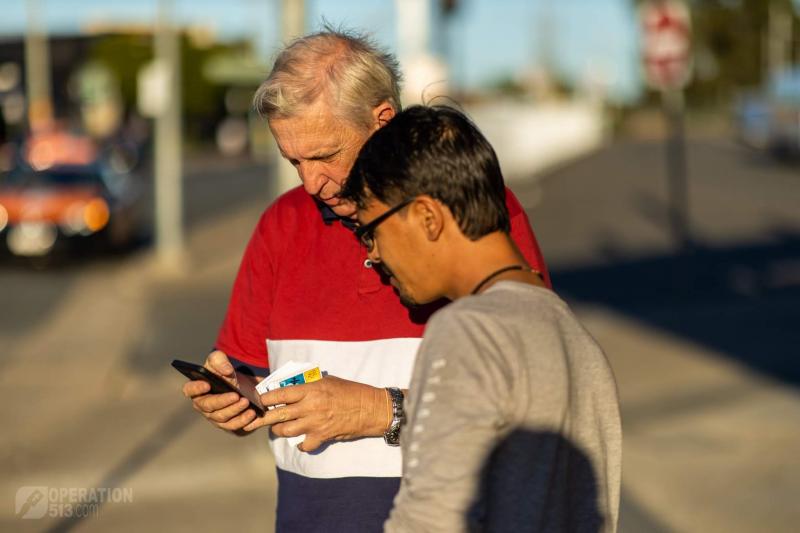