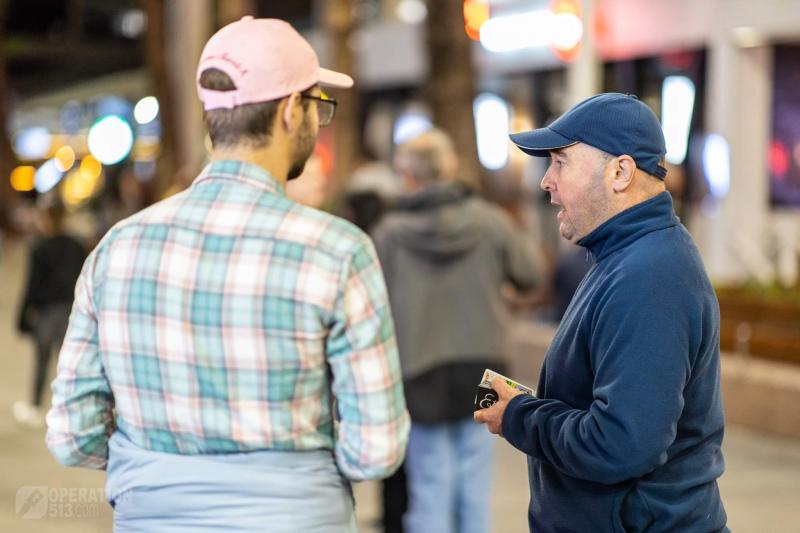 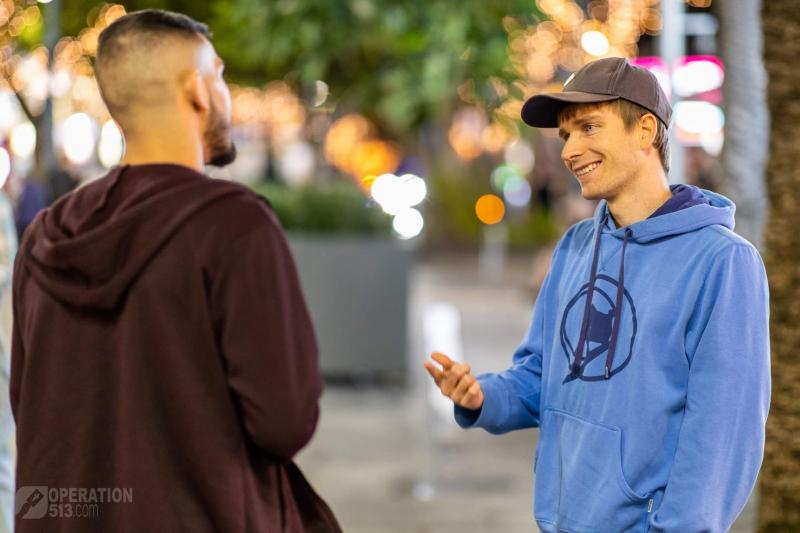 On Friday night there were a range of people who spoke with the team and it was business as usual. God is his kindness enabled many people to hear and the good news and be able to understand that the gift of forgiveness is received through trusting that Christ has paid for their sin on the cross.

There were two early conversations with Kevin and Victor both of whom had a "Christian" background but had wholesale missed the good news. Kevin was adamant that he would enter Heaven because he had lived a very good life and was offended that he would be challenged on that. Victor on the other hand engaged in conversation for almost twenty minutes but struggled to understand that our good deeds have no part in us being made right before God.

This was then followed by three Muslims ladies approaching the flip chart and they were taking through test and saw that each of them were guilty and deserved God's judgement. This meant that if they faced God today they would be sent to Hell for their sin. They were then asked for the solution but all they could suggest was to try harder and do more good. They came to see that just as doing good things doesn't pay for a speeding fine, it also cannot pay for a Hell punishment. They were then shown God's immense kindness that He came, he took on the form of a man, lived the perfect life required, paid the penalty our sin deserves, died and rose victoriously from the grave on the third day.

The girls were then shown the simple means by which someone receives the free gift of forgiveness and were able to respond back with it. At the end of it all they said they disagreed but they took tracts and gospels of John and were encouraged to read and find out more of who this Jesus is!

A few conversations took place with a Christian thinking about how God's sovereign will intersects with human choice and he was encouraged strongly to evangelise on his plane ride home the following day, knowing that God is in control. He really tried hard to defend his desire to not preach Christ to whoever sat beside him but in the end he seemed encouraged and said he would consider to do so.

There was a quick chat with Cameron who had to run after seeing God's existence because his phone rang. There was another with Ryan who seemed to have some issue comprehending the good news and he too ended up leaving.

But the evening finished an exciting conversation with Renae, Morgan and Mike who approached the flip chart. They seemed at first just to be interested in being a bit silly but this didn't last long. They also would probably be the people you'd stereo type as those who are usually angry at Christians for a range of reasons but the conversation incredible!

The law silenced any objections and left them seeing the reality of their guilt. The seriousness of their current eternal destiny hit home hard as they made no attempt to argue with the fact that they were headed to Hell but simply asked, "What is the solution?"

They three came to very quickly understand the beauty and simplicity of the good news. Then they were challenged to count the cost. Trusting in Christ is free, forgiveness and entry to Heaven is free because of what Christ has done but those who trust in Christ will turn from their sin and live for Christ. They each had areas in their lives in which they were currently living in direct rebellion against God and there were gently challenged on them specifically whilst being given an overall challenge that sin is never worth the consequences of Hell.

When asked when they would trust in Christ the Morgan said, "Today". The others had some different answers but the three were left with the seriousness of their decision and encouraged to read the gospel of John this coming week!

Praise God for such an encouraging evening of conversations, please keep them in prayer over the course of this week! 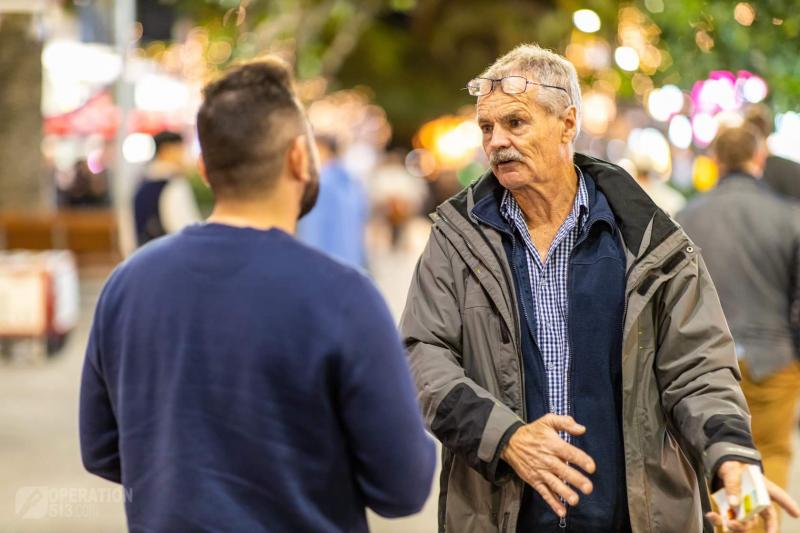 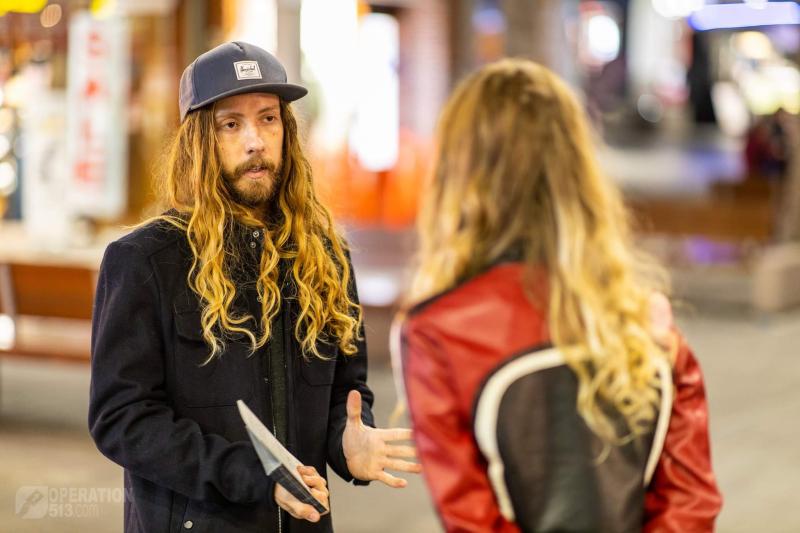