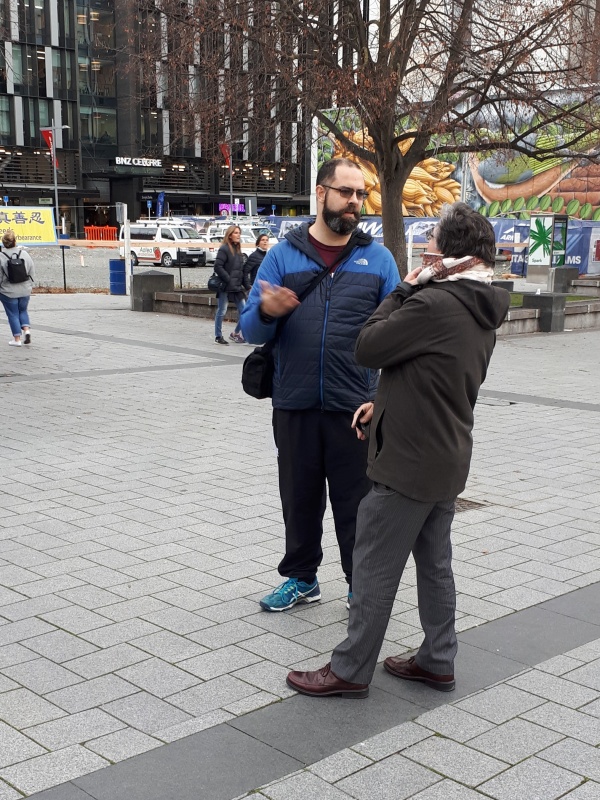 I had intended to just hand out a few tracts, while joining up with the Operation 513 Christchurch team, especially since it has been some time since I last went out. God had other plans. I ended up having various good 1-on-1 conversations. It was good to have the support of like minded Christians.

At least two of the conversations were with professing Christians, wherein I asked them to witness to me as if I was not a Christian, asking clarifying questions as the conversation continued. I also tried to make sure I presented to them the Law & Gospel. One conversation that stood out, was with Logan (white hoody) and his friend. Logan professed to be a Christian, while his friend was still searching for answers, and willing to listen. It was clear throughout our conversation and afterwards, that Logan's friend was thinking over what was said. This conversation started with another team member who handed them a tract, but who had to move on.

Another conversation was with the local atheist who admitted that it was his mission to target Christians. Not exactly the most enjoyable experience, but it kept him busy from disrupting the Evangelism conversations of the rest of the team??. It's frustratingly sad to see someone so committed to being so hateful towards God (who he obviously doesn’t believe in). In addition, it is helping me to realize how grateful I should be for God's Grace and how ashamed I should be for neglecting that same Grace at times.

I am busy reading "The Christian in Complete Armour - William Gurnall" and have found it to be a valuable tool and much needed encouragement, conviction and challenging. I can highly recommend it for your personal reading, including for evangelism. 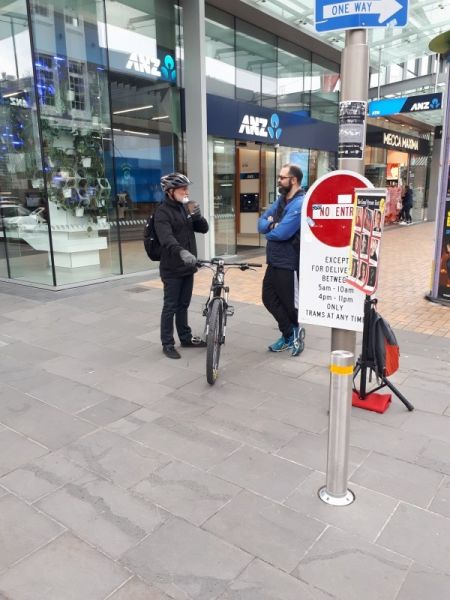 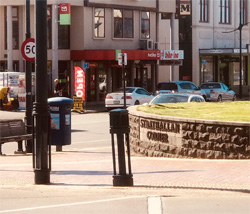 Meets for special outreaches in Timaru and Christchurch.