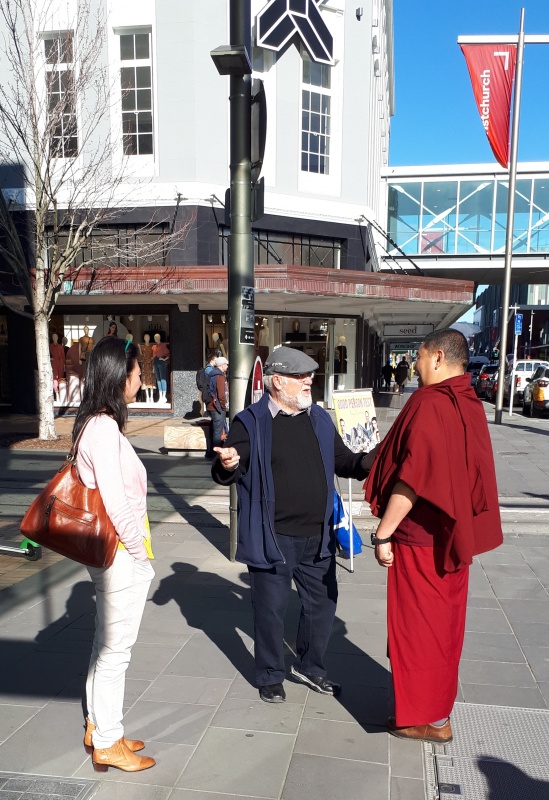 Thursday and Friday were busy days for the Christchurch (NZ) team.  And I have to admit that I hit a brick wall on the Friday.

Andy & I held our regular Thursday afternoon outreaches to the Eastgate & Northlands bus stops.  A highlight conversation was with a young high school student who became interested in a conversation when I asked him, as he walked past, if he ever thought about the afterlife.  At one point he asked, “what about all the children that are suffering in the world”.  It was a wonderful opportunity to explain about the patience of God in relation to justice - so that we who don’t deserve it can receive mercy!  It also gave me an opportunity to touch on the subject of abortion - something in the forefront of people’s minds with legislation being considered in parliament, in regard to this, at the moment.  I asked him what he was going to do about the children suffering from abortion.  The arrow struck home, and I could see understanding in his eyes.  I quickly moved back to explaining the Gospel.  I could tell he was powerfully impacted.  He said that he appreciated the simplicity of the message.  He walked off reading the After Life tract I gave him (pictured).

On Friday morning, I watched some of the speeches given in parliament from the day before.  I was grieved to the point of tears.  I made it to the Gospel + abortion outreach, outside Christchurch Hospital, early.  I was standing alone, holding a sign, that grief still with me.  Security came to talk to me briefly before leaving me alone.  Others in the team started to arrive, and we had a time of prayer, and I just couldn’t control my emotions and tears.  Our prayers were deeply heartfelt.  There was a team of seven.  Andy spent most of the outreach having Gospel conversations with people.  One guy came to tears in understanding of his sin and the grace of Jesus.  Oh that hearts would be changed by the Gospel!  And that this would lead to the ending of the horror of abortion (murder) in our nation.  God have mercy!

The feeling of grief stayed with me through the afternoon of outreach in the City.  I had that feeling of holding back tears constantly with me.

Andy and I preached in Cathedral Square (pictured) in spite of distractions (recorded Cathedral bells, loud music, a heckler).

We then moved to Cashel Mall where Binu and Roger joined us.  But I had hit a brick wall, and had to really fight for the energy to try to engage people and get Gospel conversations started.  Both Binu and Roger had a much better time than I did (see pictures).  And Andy headed off to have walk up conversations.  I did have one conversation, but I could barely articulate the Gospel.

In the late afternoon, I headed for the letterboxes to get some mental down time - and it helped!  I went back into the city for an evening of outreach.  Ravi joined me.

All glory to God, I ended up having two epic (long and wonderful) Gospel conversations!  The first was with a lady and her son.  Both with a Christian background, but she was self righteous, and he was agnostic.  I was able to clearly explain the Gospel.  She was challenged, he was inspired (his word).  I pleaded with them to repent and trust Christ.  The second was a very long conversation with a deep thinking young man - also with a Christian background.  I spent a lot of time with him explaining how he knows God exists, and why there must be an afterlife (heaven or hell).  I was then able to downshift from intellect to conscience and show him his sin via the law.  And finally I was able to share the hope found only in Jesus.  At the end, I also ended up sharing my testimony, as there was a connection between that and where he was at the moment.  I suspect he had parents and grandparents praying for him - and I felt honoured to be able to be a third party bringing the Gospel to him! 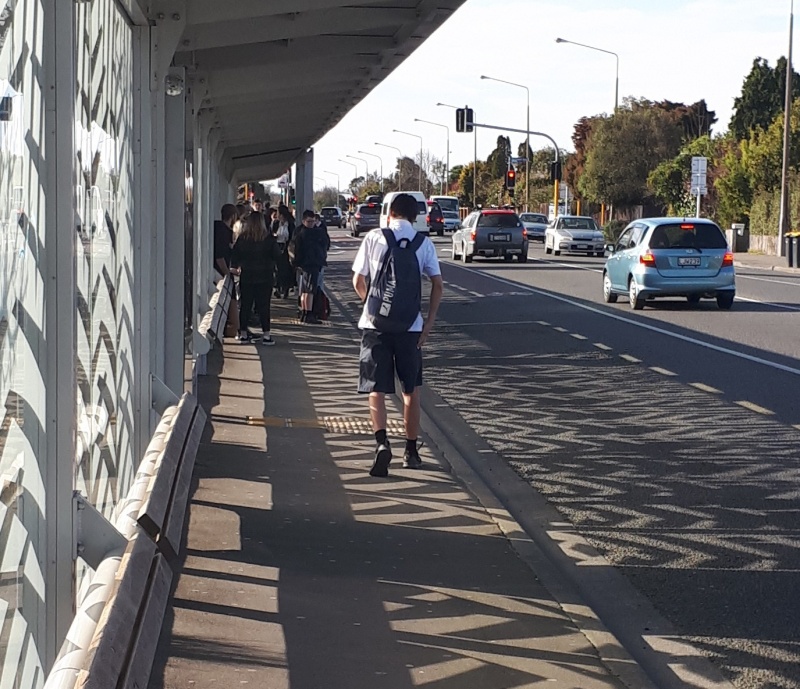 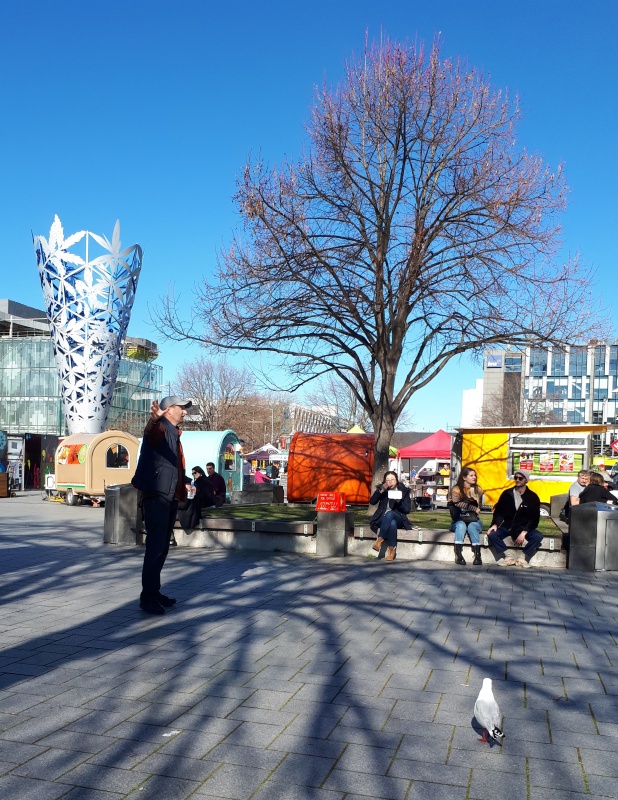 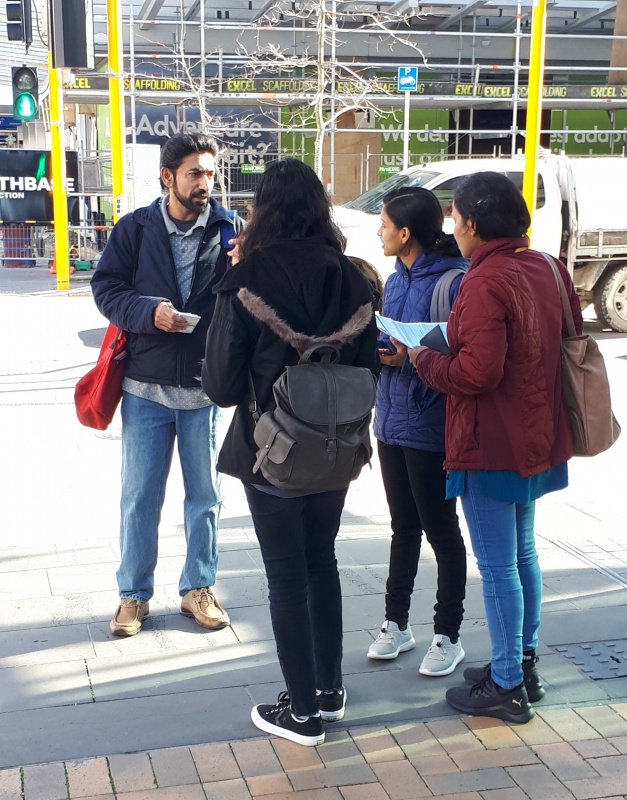 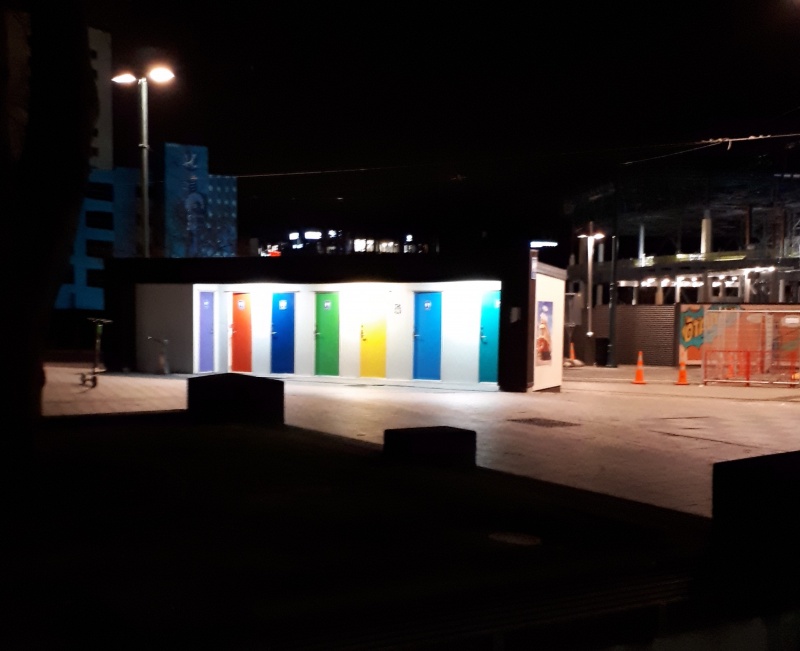