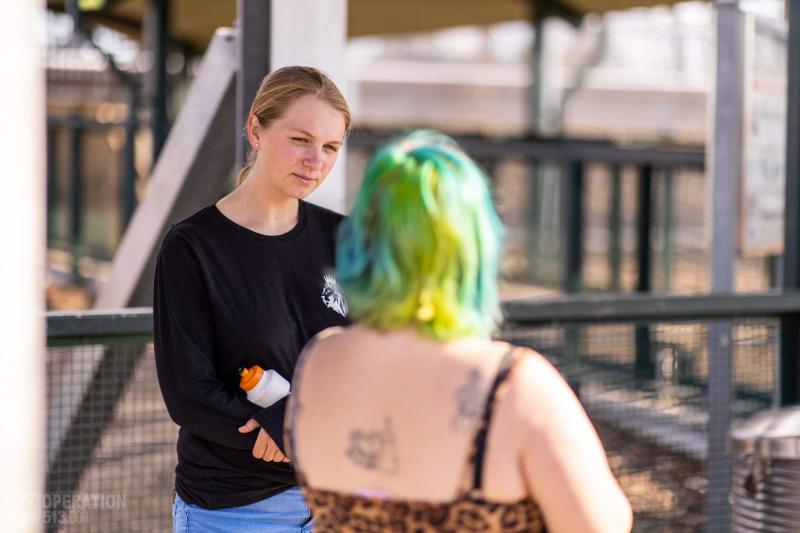 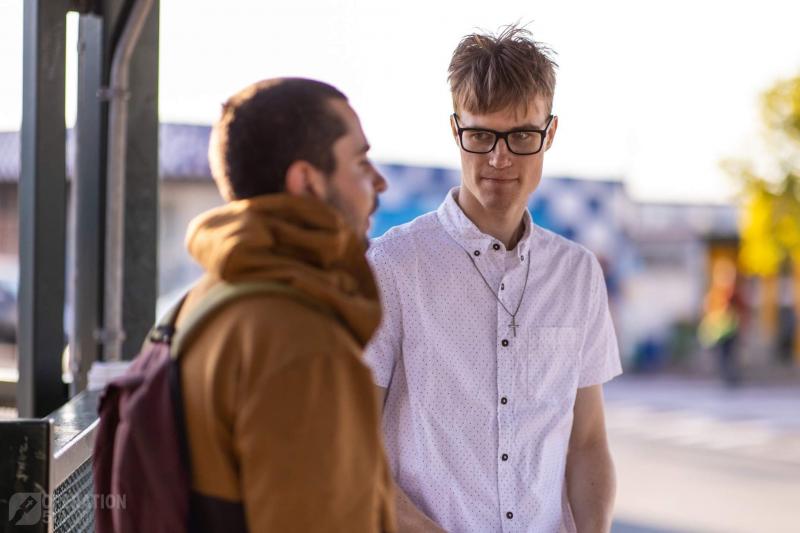 On Tuesday afternoon in Woodridge the team again was made up people who just recently had started coming out and were keen to be out sharing the gospel with the time God had given them. That is the beauty of some professions, there is simply time off between jobs! If you work in a profession like that, why not head on out sometime?

The first conversation of the afternoon was with Wakka a young man who was stopped by simply asking the question, "What do you think happens after we die?" Over the course of a conversation he came to see the desperate position that he is in, before God he is guilty and deserves Hell. He then saw what Christ has done to save Hell-deserving sinners and was able to explain it back when asked. In the end he took a gospel tract and a gospel of John. It was an exciting beginning to the afternoon and encouraging to see.

A worrying conversation was with a lady named Lucinda. She had some ideas about God and had some Christian language down but seemed to have little to no comprehension of how someone actually is made right before God. What was more worrying was that her daughter had even less understanding. The reason for this it seemed was that they had stopped attending Church months ago and had just not bothered to look for a new one. This lady ended up being quite dismissive because she said she already knows she is going to Heaven because she deserves it.

There was also conversations with Mike, Lian, Alyse, Eto and Joan all of whom over the course of a conversation were able to grasp the simplicity of the gospel message and were correctly able to answer the questions, "How does someone who deserves Hell get to Heaven? and Why does someone who has trusted in Jesus to pay for their sin obey God?" It was encouraging to see so many people over the course of the afternoon come to grasp the simple gospel.

What was sad in some instances but exciting in others was the response when these people were asked, "When will you starting trusting only in what Jesus has done to make you right before God?" Some responded about how this very day they wanted to trust in Christ or that they will think about it and have a read of John's gospel but others even after receiving the information were unfazed by it and said they just wanted to keep living their own way. In the end it is God who saves so please keep these men and women in your prayers, requesting that God would draw them unto Himself!

The final conversation of the afternoon was with Lloyd. He was stopped quickly before he headed to his train and was shown the simple gospel message. What was so exciting was as he came to understand it and was able to explain it back he said, "I am so glad that I stopped and chatted to you today, I have been wondering for ages how it works!" What a wonderful testimony from a man who now understands the simple message of salvation.

May God continue to work in the hearts and lives of those who heard today and they may be drawn unto Him! 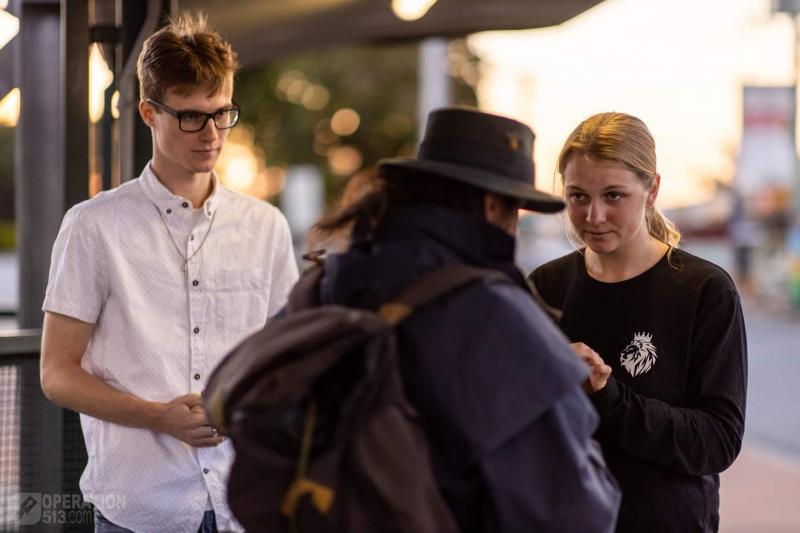