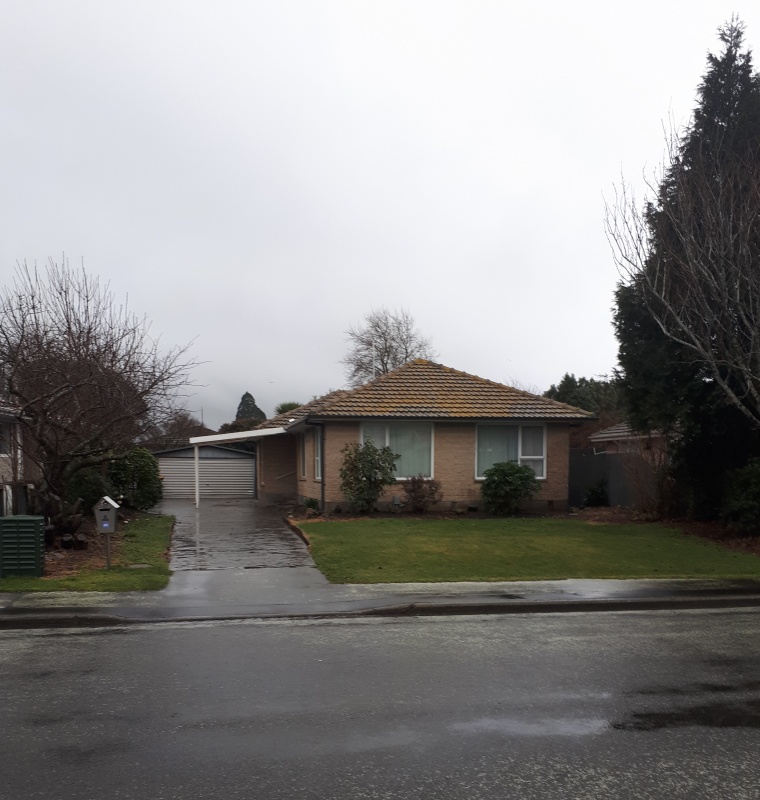 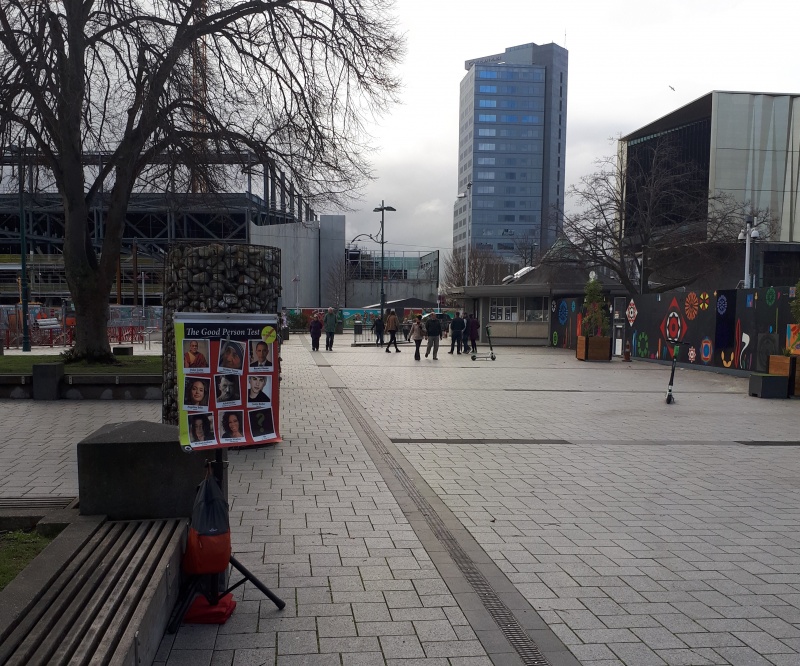 As forecast, Saturday saw constant and heavy rain in Christchurch (NZ), so I decided to letterbox drop tracts instead of heading into Cathedral Square.

I ended up placing a tract into a letterbox (pictured) that used to belong to a friend, Russell Crawly.  Sadly, he passed away three years ago - after a sudden and short fight with cancer.  I had shared the Gospel with him a number of times - one of those times was just after I had learned about using the law before the Gospel.  I distinctly remember it having an impact on him.  But, as far as I know, he went to the grave rejecting the Gospel.  I attempted to share the Gospel with him a final time, on his deathbed, and his response was to roll his eyes.  How horrible and devastating is death!  How surely it will come.  How suddenly it can come!  And how wonderful is the good news of the Gospel: hope & grace - for those that place their trust in Jesus.

I’ve got no control over who responds to the Gospel.  But people can only respond to a message they have heard.  This is motivation for me to continue sharing it (and I’m so grateful to those that are supporting me to do that).  Maybe the new owner of the house will read the tract and respond with a repentant faith in Christ - accepting the gift of God?  Please be encouraged to keep sharing the Gospel with those that you can!  Death is sure; there is only hope in the Gospel of Jesus!

Sunday was overcast, but there was no rain.  To my surprise, there were no market stalls in Cathedral Square, so I could set up my flip chart right in front of the Cathedral.  Instantly I had a young couple interested, and I was able to share the law and Gospel with them both.  I then went straight into a conversation with a man who had received a tract from me before.  It turns out we agreed on a lot, he even had a fairly good definition of what repentance was!  But he still believed that works were required for salvation.  Sadly, he was now listening to Hare Krishna teachings and was resistant to listening to me.  I decided not to fight, and spent the rest of the conversation listening to him until he left.

I ended the outreach by open air preaching to the people walking past.  A few would stop to listen for a few moments, before drifting off.  There was a man sitting in the distance on the other side of the Square, he soon came over and leaned against the statue in front of speakers corner.  It turns out he is a Christian who had recently been watching Ray Comfort on YouTube and had plucked up enough courage to come to the Square a number of times.  He was very encouraged to meet me, and asked for some tracts to hand out while I finished preaching.  It was just at this time that Mr. Angry came past (I haven’t seen him for weeks).  And my new friend offered him a tract… and got an earful from him.  A nice way to get started!  :)  But he survived.

After I had finished preaching, I spent some time getting to know this guy.  He is keen to buy some tracts, and to start joining in with outreach.  Maybe next Saturday?

Very grateful to God for this encouragement, may more labourers be raised up!  Keep praying! :)