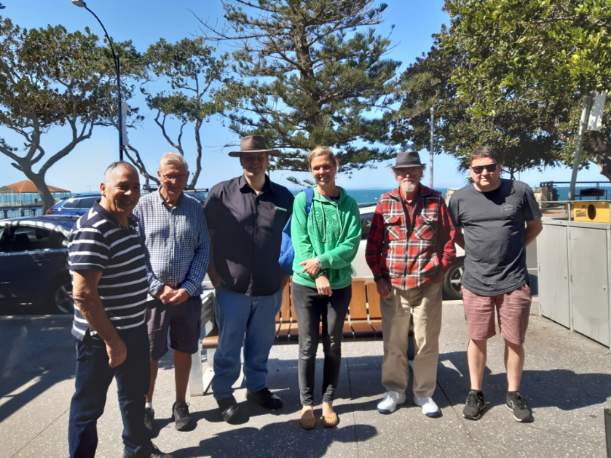 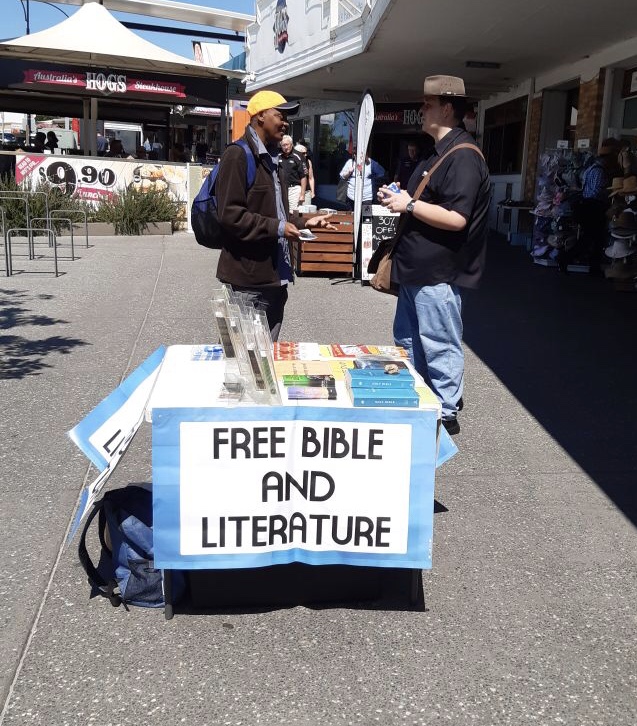 The Flourishing of the Gospel in Redcliffe!

What an amazing day! Six Christians from different churches joined together under the banner of Operation 513 to share the good news of Jesus in Redcliffe. Over recent months we have noticed an increasing hardness of the ground, but today was radically different. There was a freedom and openness to the gospel ministry today. One of the team members remarked that they hadn’t see a day like this in over eighteen months. After a hard week, it was truly refreshing to see the gospel go forth.

The biggest challenge that faced the team today was finding somewhere to park our cars as the waterfront was quite busy with people enjoying the last day of winter. Due to traffic problems we were a few minutes late in arriving for the outreach, but upon arrival we instantly got stuck into the work.

As I set up the Free Bible table, members of the team began to hand out tracts. Shortly thereafter, conversations began. People were open to talking; with some asking really good questions and listening intently to the biblical answers.

One really good conversation I had was with John from India. He stopped after I handed him a tract, then asked, “Do you think you’ll go to Heaven?” He smiled, then replied, “There is no Heaven, and there is no Hell. There is just here and now.” John then went on to tell me that he came from a Christian background, and that he believed Jesus to be a very good and moral teacher. I asked him, “Would Jesus be a good teacher, if He told lies or gave false information?” John said that anyone who lied wouldn’t be good. I then pointed out that Christ spoke of Heaven and Hell; and that Jesus said the wicked will be judged forever. John seemed to really enjoy the way this conversation was going, so he started to talk about wickedness and how evil men seem to prosper in this life. He wanted to know why evil existed and why God didn’t destroy sinners. This line of questioning was very helpful as it provided me an opening to present the biblical gospel. I spoke to John about how all of humanity is corrupt; and that we all deserve death and Hell. I pointed out that if God judged us in the way that John demanded, then both him and I would be in Hell right now. John was taken back by this comment as he didn’t believe he was a wicked man. He said that he lived true to his loving instincts, which he believed aligned with the Ten Commandments.

I agreed that the Ten Commandments are a loving standard, so we began to look at them together. As we walked through the Law, it became very clear that all the world is guilty, including John and I. John at this stage was looking for an excuse to justify his sin; to do this he pointed to many of the dictators from history. He said, “They are evil men, yet many of them went unpunished. I am not like them, so God wouldn’t judge me.” I explained to John that all men are guilty of sin, and deserve Hell, as we have chosen to rebel against our Creator; and that by our actions we are born cut off from God, and we continue in a state of war with the Eternal God. John agreed to this, so I pointed out that one of the sins John needed to repent of was his self-righteousness, as he thought himself to be better than everyone else. I was a little cautious in being so direct with John, but in reply he simply he hung his head and said, “You are right. I agree.”

John then said, “But what can we do? We are all just the product of evolution. I must strive to be the fittest to survive.” I answered by saying that he didn’t really believe in survival of the fittest, as if he did, he wouldn’t be complaining about the dictators, as they were just the fittest in their area. I then addressed the issue of Darwinian Evolution, explaining that Darwin would have made John lower than me due to his skin colour. I also addressed some of the scientific arguments that John raised.

As our conversation drew to a close, I reminded John of the gospel. He took some booklets on different apologetic subjects, and also a gospel book. He then shook my hand and said, “Thank-you for talking to me and answering my questions. When I was a child my Pastors would not answer the hard questions, yet you stand here and give me very good answers. If they had answered, I am sure my life would be much different.”

As John left, I was reminded of the command we are given in 1 Peter 3:15 - “But sanctify the Lord God in your hearts, and always be ready to give a defence to everyone who asks you a reason for the hope that is in you…”

Churches and individuals need to be trained in apologetics and gospel ministry. We must be prepared to answer the objections and questions the world is asking. By spending time engaging in apologetics, we are actually not trying to win an argument, instead we are clearing the ground for the gospel seed to be planted; apologetics and evangelism are the best of mates.

The rest of the day was spent in gospel conversations, distributing tracts and seeing many people take literature from the Free Bible table. Today was radically different to what we have seen in recent months. We rejoice in the Lord for answering the many prayers that have been offered up by Christians worldwide. May the Lord allow the light to continue to shine in Redcliffe. 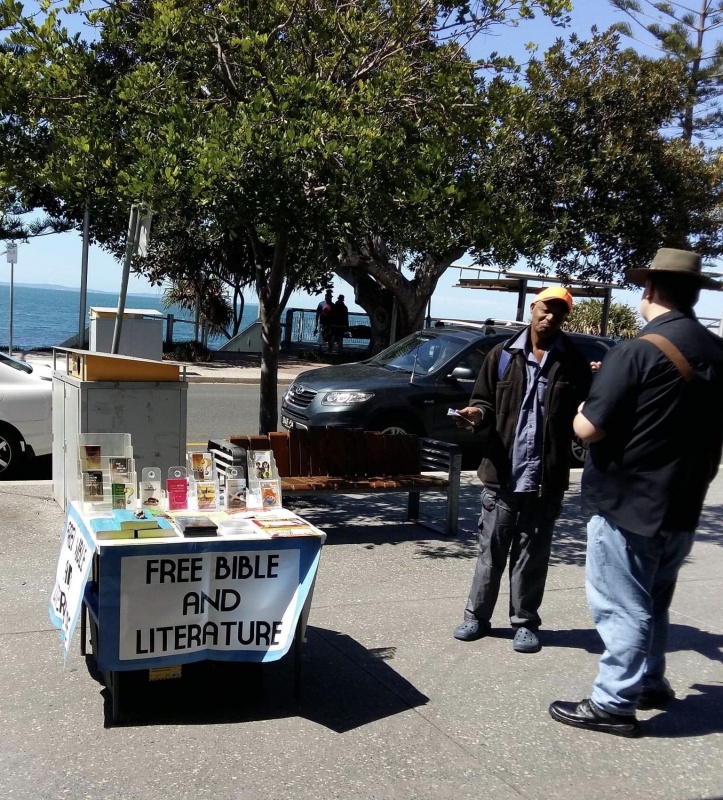 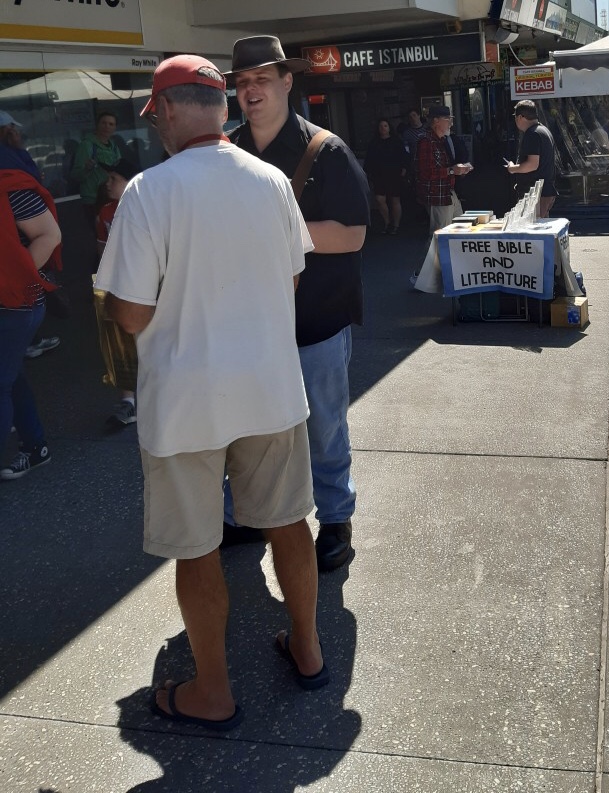