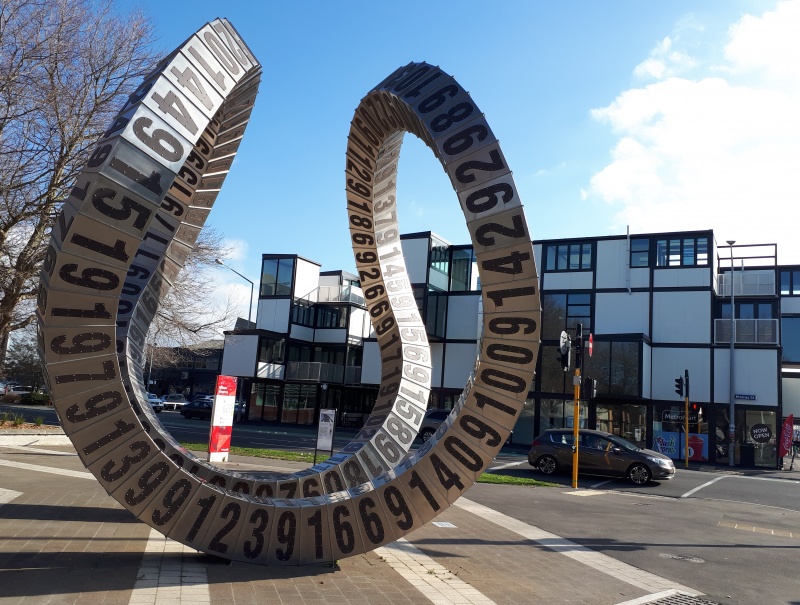 As soon as I had set up my flip chart in Cathedral Square I instantly had a “regular” stop to chat.  He is normally very resistant to Gospel conversations but of late I have noticed some softening, and I was surprised today to see how open he was.  In a roundabout way, I was able to talk about God's law with him, and then about the good news of Jesus.  He accepted an After Life tract and we shook hands multiple times before he moved on.  I was very encouraged.

After he moved on, things were a bit slow in the Square, and so I decided to pack up and move down to Cashel Mall.  As I came to the Hereford intersection, A guy I had talked to months ago in summer came running up to me.  He called me "the God man" and was very keen to talk.  We crossed the intersection and sat down.  He had obviously been thinking deeply about the important questions of life, and was wrestling with them.  He was also struggling with difficult circumstances in his life.  As we were talking, I had opportunities to address important Gospel concepts, for example, he generally thought of himself as a good person (in contrast to me!), so I was able to address this by showing him the mirror of God’s law.  Then there was a point where we were talking about Jesus, and he started talking about how Jesus had had a crown of thorns pushed into his head.  To my surprise he burst into tears contemplating this.  But the moment was broken when two of his friends suddenly appeared and he needed to compose himself.  Later, we talked a lot about the purpose of suffering.  It’s hard for me to know what’s really going on with this guy.  But I am very encouraged by his openness.  I never made it to Cashel Mall.

After lunch I headed through Cathedral Square on my way down High Street to Ara.  I was handing out tracts as I went, and this led to a conversation with a young JW.  I cut to the chase with him to discover where his hope lay.  I was surprised how honest he was in saying that his hope lay in his own good works!  I was able to explain why his good works would never be good enough, and why our only hope was in Jesus paying our fine on our behalf.  He was, sadly, completely unmoved.

As I exited the Square, offering tracts, I was abruptly rejected by three young women.  One of them told me not to shove my religion on her.  I tried to get them to engage in a conversation, but she then proceed to say that if I wasn’t a women, then I didn’t have a say (although she used cruder words than that) - an obvious reference to our stand against the murder of preborn babies.  Very sad; she continued to yell something as they walked off through the Square.  God have mercy on them.

Outside Ara, I was very encouraged to have the guy who had bought me a coffee a few weeks ago approach me and shake my hand!  He wanted to catch up, and offered to buy me a sausage roll and another coffee - but he didn’t want to disturb my work, so told me to come into the convenience store across from Ara (where he worked) when I was done.

I had almost a constant run of great Gospel conversations with people outside Ara before finishing the outreach and heading over to catch up with my new friend.  It turns out that this guy, a Christian, had received Gospel tracts from me on two separate occasions before he next saw me outside Ara a few weeks ago and decided to buy me the coffee.  This encouraged me, as it means the Gospel message is really getting out there if I’m double hitting people like that!  And I was encouraged to know that I had encouraged him in simply giving him those tracts.  He now knows I don’t like coffee, so he got me a hot chocolate this time! ;)  I’m very blessed and grateful.  What is interesting is that this guys name is none other than David Livingstone! (A pioneering missionary of the London Missionary Society.)

And to top off the day, as I was heading back through Cathedral Square on the way to my car, I bumped into the guy I’d had the long chat with at the end of the first outreach of the day.  It seemed appropriate that I offered him the sausage roll David had given me.  He gratefully accepted it!  What a blessing to be able to pass on my blessing.  Oh may he receive the greatest blessing: Christ!

Wednesday saw heavy rain as forecast.  I headed to Riccarton anyway, and was surprised to see that road works had ruined my usual outreach spot!  But this just caused me to find a new spot - which I found down by the Riccarton bus stops.  In spite of the rain, I had some great Gospel conversations and was able to pass out a good number of tracts.

Thank you for your continued prayers for the Christchurch (NZ) team.  I’m reminded that, without God, we labour in vain! 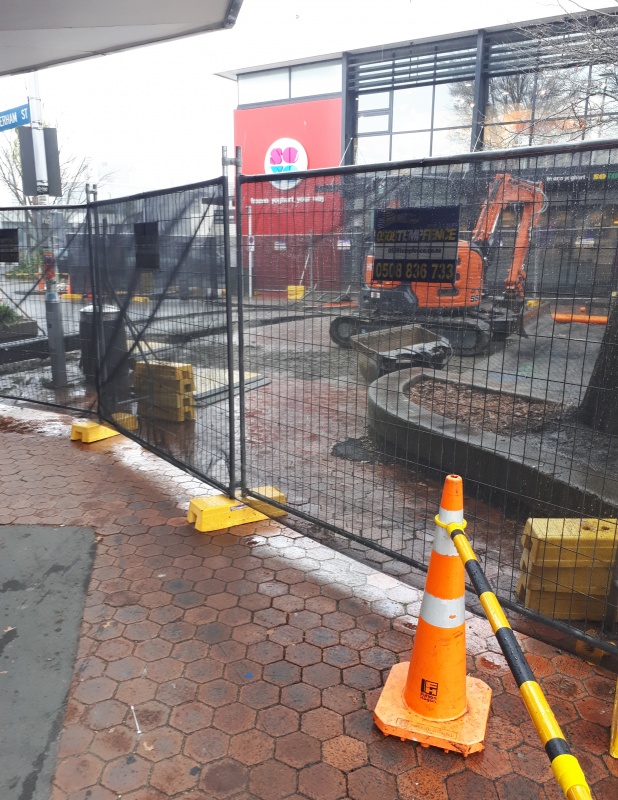 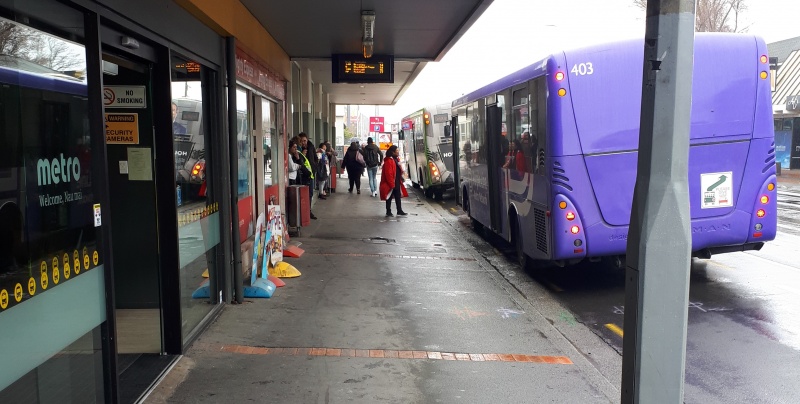