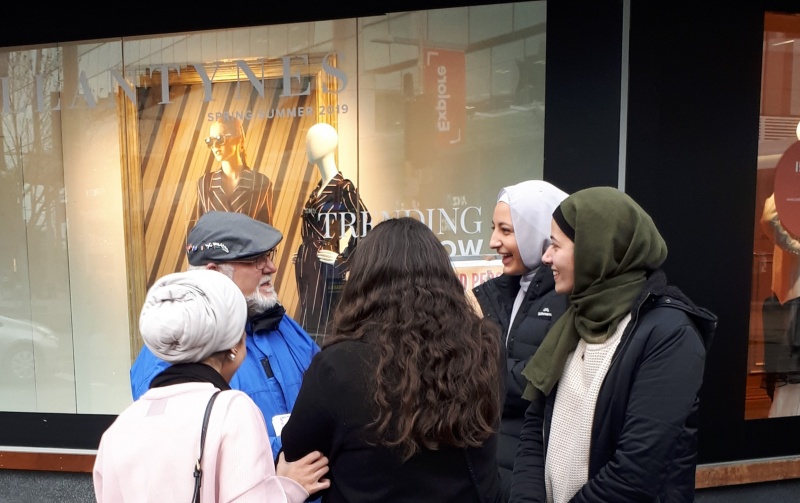 Thursday and Friday saw more rain, wind and cold in a Winter fight back in Christchurch (NZ).

All the outreach time on Thursday was spent at the Northlands bus stops.  A team of two.

At one point, a bus stopped and a whole lot of high school students disgorged.  Andy was offering tracts to them but they were all being refused.  He turned to me and said, “I’m not having a good run!”, he then turned back and the next tract he offered was accepted, and the guy turned to ask about it!  Twenty minutes or so later they were shaking hands after the guy had accepted a Bible - it was a really good Gospel conversation!

For me, the conversation that stands out was one that started suddenly.  I was walking towards someone to offer them a tract when a guy came out of a property right in front of me.  So I offered him the tract instead and asked him if he ever thought about what happens after life.  Initially the guy was resistant and then said that he used to be passionate about Jesus like me and that he had done what I was doing: talking to people about Jesus at bus stops.  But not any more.  He wanted to know my motivation.  But he started walking down the street, so I decided to walk with him!  I told him my motivation was my love for Jesus who had saved me from my sin and hell, and that I wanted to obey Him and tell others about Him.  After some discussion, I ended up switching to my testimony of how I became a Christian.  After a few blocks, the conversation came to a natural end.  He gave me his card and said I should email him.  He’d like a game of chess!  I’m not sure about the game of chess, but I have emailed him with a link to some Gospel material.

Another fascinating encounter was when I approached a guy and he instantly said, "go and get a real job, stop annoying people with your rubbish".  I didn't let this deter me, and I responded with, "OK, well - I don't think it's rubbish.  Tell me, where did the universe come from?"  To my amazement, this caused him to engage in the conversation, and I had an opportunity to explain to him how he knows God exists.  Sadly, his bus came.  But he did take a piece of my "rubbish" (a silent missionary: a Gospel tract)!

On Friday, there were heavy showers in the morning.  We decided to cancel the Gospel + abortion outreach.  Walking in the rain letter boxing tracts is okay (the walking keeps you warm), but standing exposed in cold rain is not wise.  Our new banner, designed to provoke people into discussion, will have to wait!

But the rain had eased to a stop in the afternoon, so a team of four gather for outreach in Cathedral Square and Cashel Mall.  And in spite of the wind and cold, it was a wonderful time of ministry!

Even though there was hardly anyone in Cathedral Square, I decided to open air preach to the few people that were passing.  I know it looks foolish seemingly preaching to no one - but I don’t care.  I’m desperate for the few people that could hear me to hear the good news of Jesus!  At the very least, it’s good practice.  Sure enough, I had a guy approach me.  He was a Christian and wanted to know if anyone was listening.  So I said, well, you are! :)

The afternoon’s conversation that stood out to me was one I watched Roger have with four Muslim girls (pictured).  At one point he used an illusion tract to get them smiling and laughing, but later I noticed the girls all had serious looks on their faces as Roger was discussing the important questions of life with them.  Today they heard the Gospel! 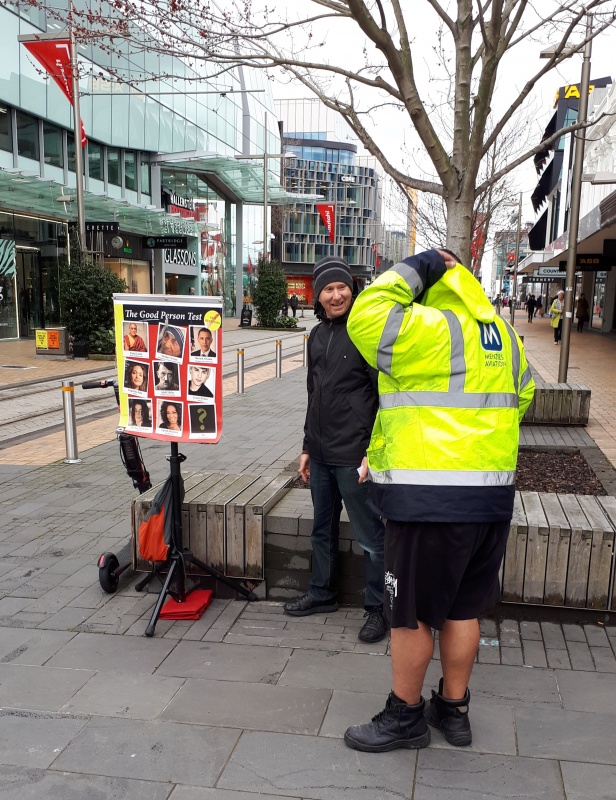 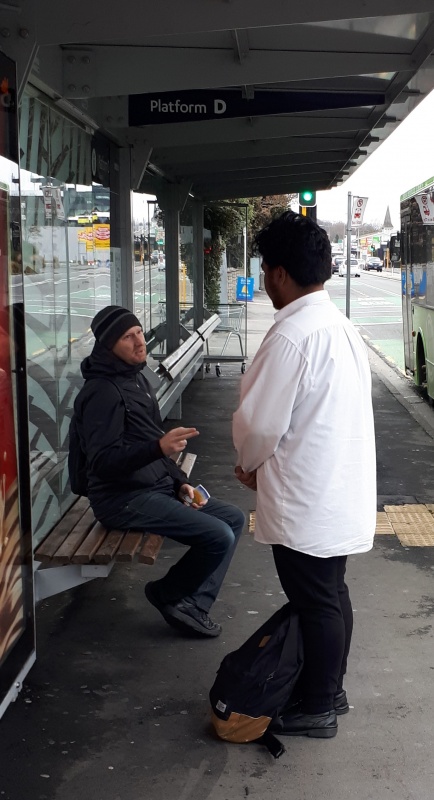 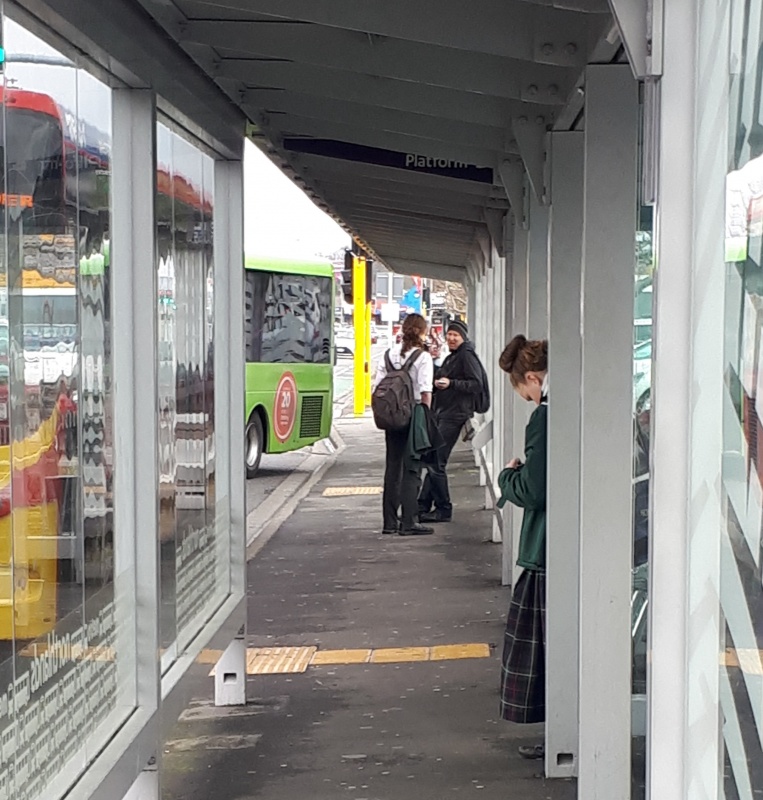