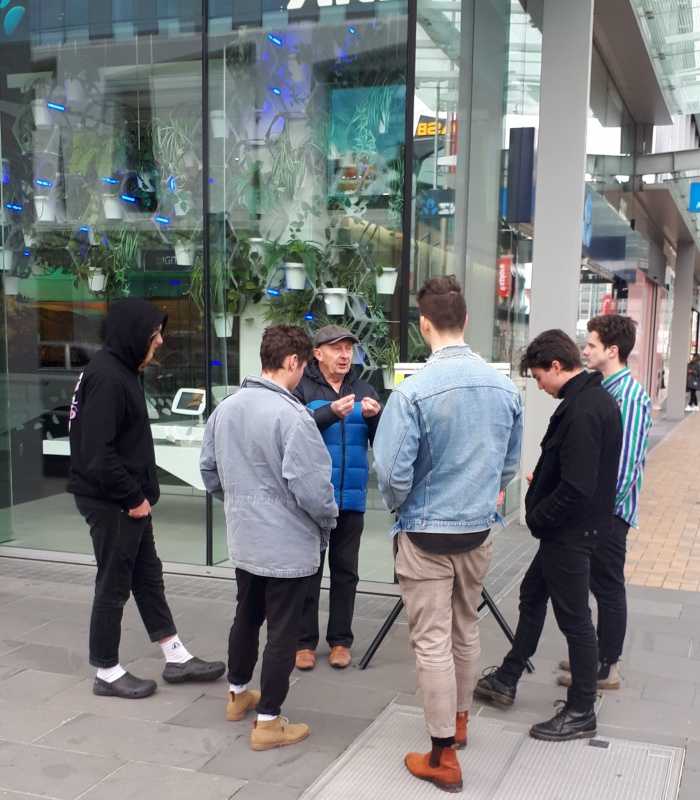 Saturday saw a break from the wet weather (but it alternated between hot and cold depending on the movement of the clouds!) and there were many people out and about in Cathedral Square.  Three conversations from the outreach stand out.

The first was very special in that it was a follow up with two guys that I’ve been talking to since the summer (pictured walking away after the chat).  It was a short conversation where I was able to: 1) show my care and concern, 2) explain how they know God exists, 3) touch on the serious nature of their sin, 4) explain that there is hope only in Jesus, and 5) plead with them to repent and trust: to accept the gift.  It was weird, because one of them kept alluding to scenarios and questions that were covered in the 180 DVD - and so I offered him one and asked him to watch it - which he said he would.  Interestingly, he reminds me of the guy in the DVD with the blue mohawke!

The second was a wonderful follow up with a guy who knows the two guys from the first conversation.  He had his little brother with him.  He said he was still thinking about coming to my church, which I said would be great, but that, more important than coming to my church is that he needed to be saved.  I asked him if he could remember the way to heaven.  His answer: I’ve got to be a good person.  Inwardly I cringed, but I’m not surprised.  There is a blindness to the simple message of the Gospel!  So I took him (and his brother) back through and explained the law and the Gospel again.  I also gave him a 180 DVD.  I’m praying that the Holy Spirit would open their eyes!

The final conversation actually happened after the outreach had ended.  I was walking back to my car, and I handed a tract to a young guy walking past.  He stopped and so I had an opportunity to talk with him: he was very open to a Gospel conversation.  At the end, I asked him, “are you trusting in Jesus?”  To my surprise he said, “yes, I am now”.  I wasn’t expecting that at all!  He was very open to the logic of the conversation, but there didn’t seem to be much emotional response to it.  I encouraged him to get in touch with me (if he is genuine, I want to see him discipled).  I haven’t heard from him yet (a day later).  But he accepted a Bible and a booklet that covered the Gospel in more detail.

Sunday was wet again, but the rain had stopped by the time the outreach started after lunch.  There were three Christians out sharing at the corner of Cashel and Colombo.

Greg had a wonderful conversation (pictured).  And Mike had a great chat with a guy I had talked to the week prior (also pictured).

But I also had a wonderful conversation with three young people with Christian backgrounds.  One claimed to be a Christian, one didn’t, the other didn’t answer.  I was able to take them all through the law and the Gospel.  They all seemed impacted in different ways - as always I leave them in God’s hands.

Like the previous day, I again was able to have a Gospel conversation while on my way back to my car.  The guy heard the law and the Gospel and looked genuinely challenged.  He said he had to go as he had a job interview!  I apologised, and said I hoped I didn’t make him late.  His response was that he really appreciated that I had stopped him - I was encouraged.  May he repent and trust in Christ!

Right, off to the airport in 30 minutes (at the time of writing).  Five of the Christchurch (NZ) team will be joining the Myanmar team for the next two weeks.  So reports will be coming from there (God willing).  Please keep us in your prayers! 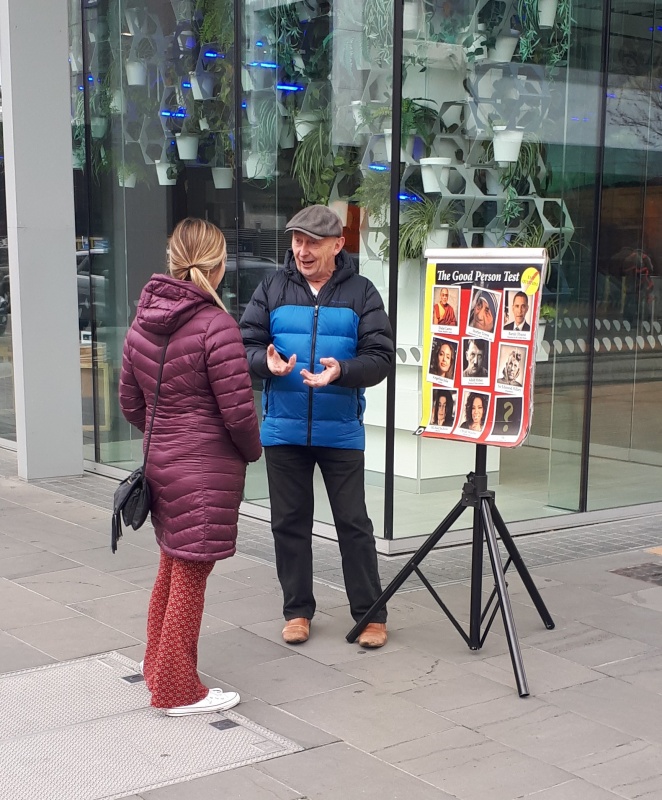 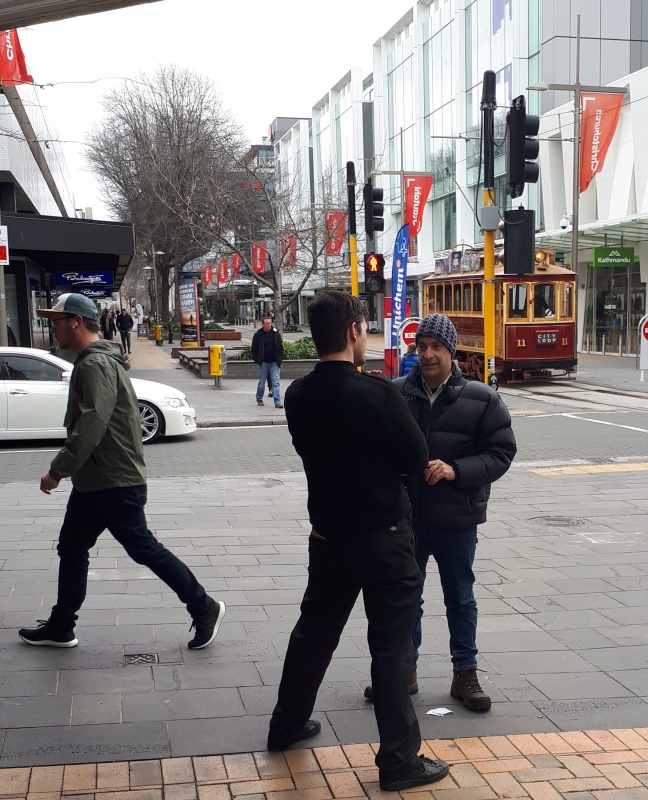 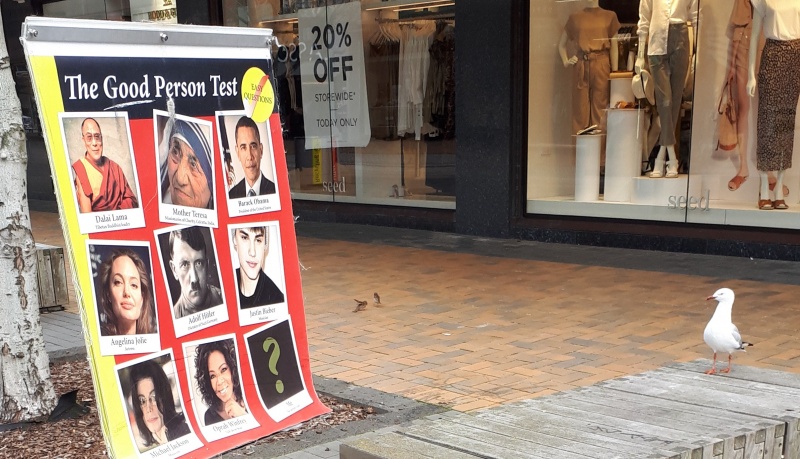 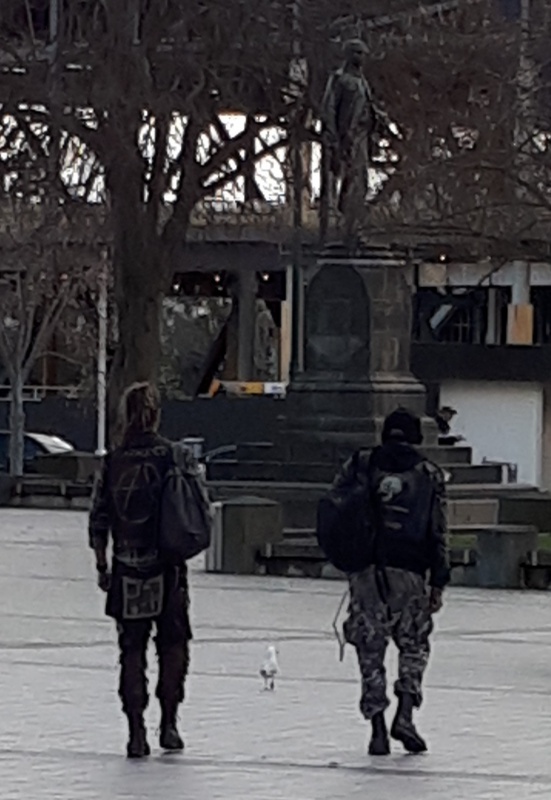