Toowong Village Thursday 1/10/2019
It was another day of the Acts of the Spirit at the Toowong Village Street Evangelism ministry spot.
Initially, I was expecting only Winnie to join me from the Gold Coast by train. My first surprise by the Acts of the Spirit was meeting Winnie's husband who though not yet a confessed Christian but just a church goer, took the trouble to escort Winnie to come by train from the Gold Coast for the first time. He left us behind to do street evangelism and did our opening prayers. We was ready to go to our spot at the foot of the pedestrian foot path bridge, but Winnie out of the blue prompted me to go to the toilet first. As a result of this delay, Chi Ming and his wife who were only 2 minutes late were able to sight Winnie first alone waiting for me and then reunited with us as a team of four for today street evangelism. (Hung Kwan, 关子鴻, Winnie Choi 蘇慧英, Chi Ming Lin林志明; &曾棣旋

After the 1.5 hour street evangelism time, they came back a bit later then the target time but actually this left me a window of 5 minutes to share the gospel to Vincent Choi 蔡毅雄, the husband of Winnie. Pray that he will receive Christ ultimately in His time.

God answered my opening prayer to give Winnie the boldness to do her first sharing on the street. She got hold of an UQ student from China called Huge. He stopped very willingly to let Winnie to share the Gospel with him with the "Are You A Good Person" flip chart. He even allowed Winnie to take a selfie with him. He is a Christian but a infrequent Church goer. The Gospel sharing may have aroused his passion to pursue God again in Christ.

Winnie almost immediate had another opportunity to stop another UQ students from China. Her Mandarin was not as good as her English but the student was willing to let her to communicate in English. After she finished, I chipped in to give a bit supplement. Unfortunately, it was cut short when this person noticed Winnie was attempting to take photo of us. This anyway was a good lesson for Winnie to never take photo in front of the target, but always from behind not taking their face but ours. It by all means was a very fruitful and effective day of training for Winnie by God that helped her to have alleviated her fear replacing with boldness to share Gospel in random to people stopped by God.

As for me, I have 7 conversations today amongst which were three Indian Christians and non-believer inclusive. So I take it as my Indian day. 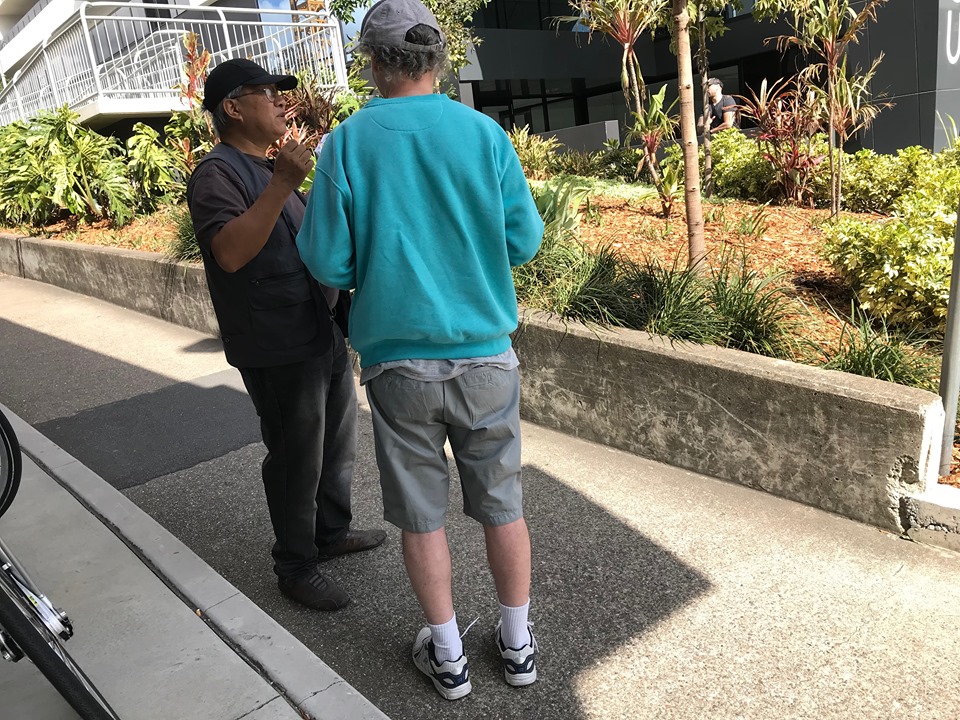 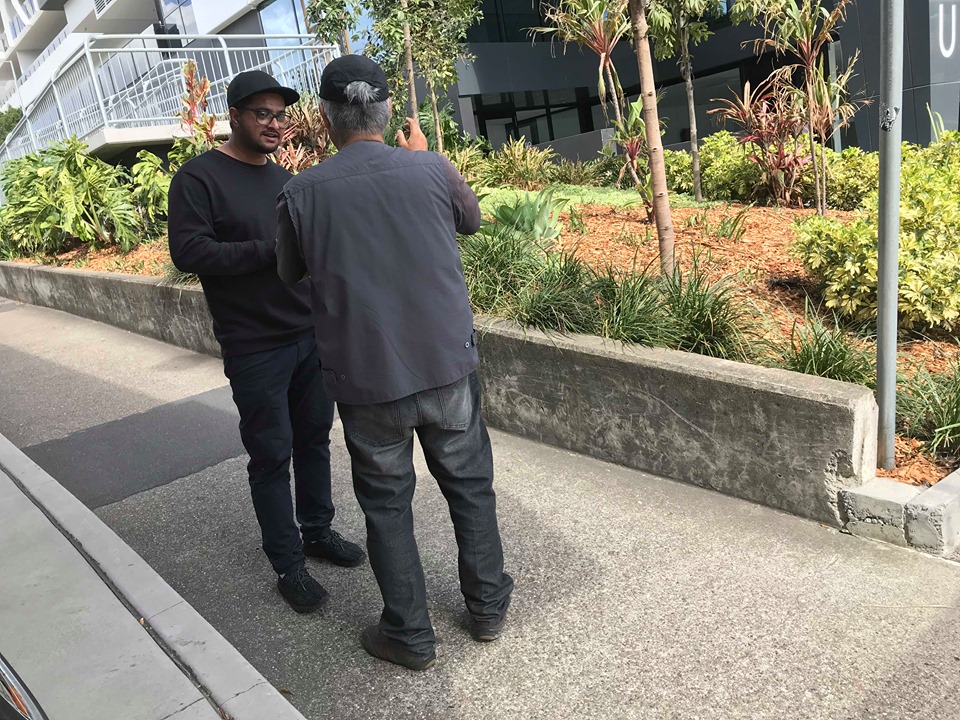 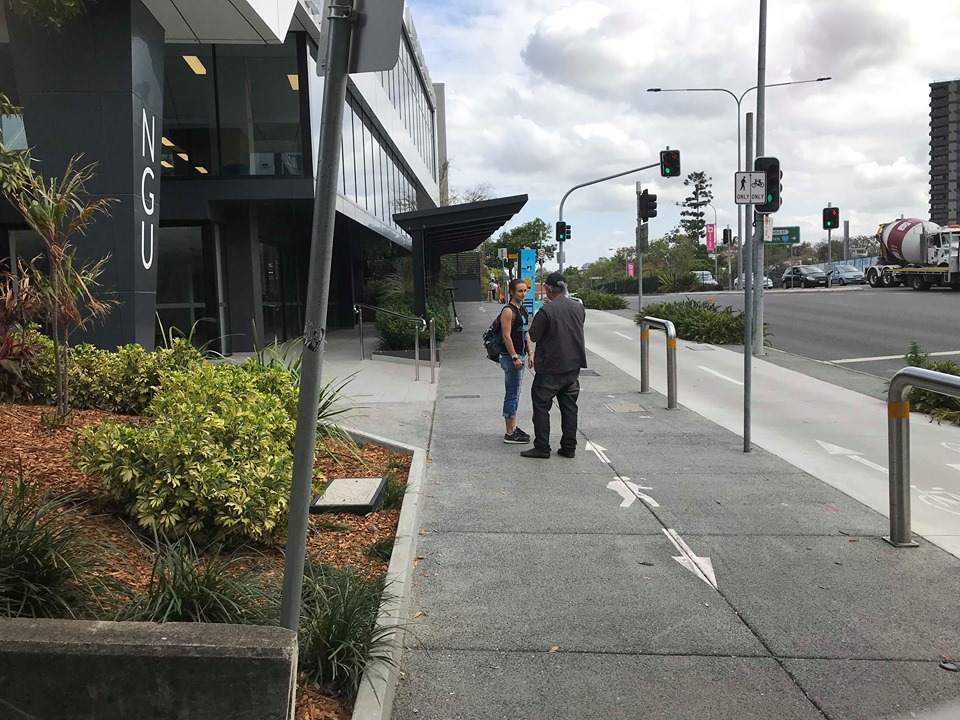 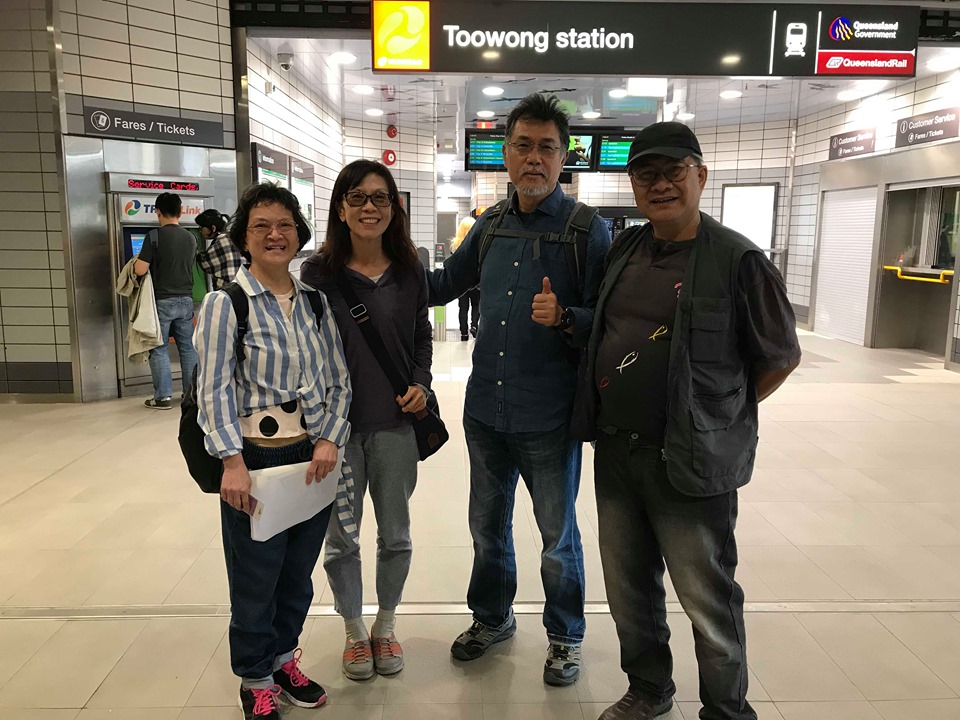