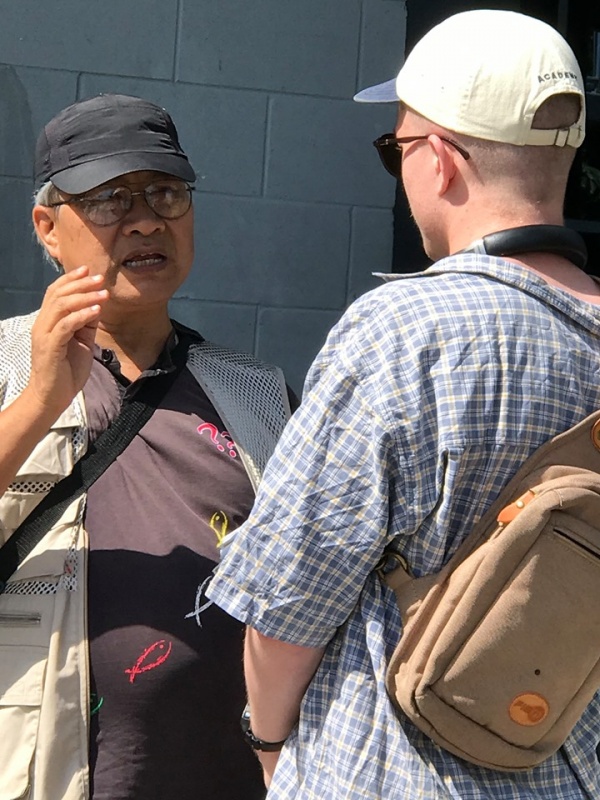 It is one of the most enjoyable mission field I have ever engaged, not only because God gives us great variety of gospel outreach opportunities every time. More so, I can witness God's own life transformation work on me and my gospel compatriot in particular Winnie Choi. God called her and has given her the passion for gospel and empowered her to preach the gospel indiscriminately to people of all races in English and Mandarin most of the time that she originally was not very good at these two languages apart from her mother tongue Cantonese. It fits with the theory that Gospel proclamation is the work of God that we sinful human originally are not worthy to play any part but by mercy of God, He elected us as His vessel to do His work while in the mean time , we the unworthy vessel will be transformed as a tool used by God that can virtually do any great thing for His glory sake. So Street evangelism is virtually the work of God but He will elect us, train us, use us and empower us to do great thing for Him. Thus, once Winnie has mastered the basic skill and method, God and God only is her personal trainer in all these street outreach occasions. Today again she was given three complete gospel sharing chances with good result as recap below : -
a) Ryan Aussie UQ student who was moved to reconnect with Christ and to look for church.
b) Susie, an Aussie old lady was also moved to receive Christ and asked for tracts that she could bring home for her sons and daughters.
c) Tina an UQ students from India, was also convinced by the way of salvation by Christ.

Johnny and Collins both had numerous gospel sharing opportunities. Johnny in the end referred to me a person form China with a sure name same as me.

As for me, I had seven Gospel sharing opportunity as recap below with two stood out ones. One was with a Russian UQ lecturer and a UQ student from China of my same sure name.

1) Ben an UQ student from Malaysia who knows a little about Christ but not yet a Christian. I walked to the shopping centre with him so as to share the full gospel.

2) Melissa, a lady I shared gospel before passed by and greeted me to thank for what I shared with her.

3) May an UQ Master Degree student from China but did her undergraduate in USA uni. She later disclosed she actually is a Christian and was baptised in USA. But she knows very little about God and appeared having not read Bible a lot. Thus, she failed the Christian Salvation Assurance test. I greatly recommended her to get back to God and to connect with Christian community likes Power to Change which she acknowledges such need.

4) Jack an UQ Aussie student. He has no religious belief but showed strong body language inviting me to chat with him and finally appeared very receptive to the gospel.

5) Vladimir Kruglov is an Russian UQ professor of Department of Physic. He claimed to be a Christian but in the mean time, he explores other religions like Buddhism and Hinduism as a means for transcendent peace. So in fact he is just a nominal Christian by birth but has no real redemptive faith. Obviously, he has gone astray for a wrong way for salvation. He has a false confidence that through training of heart and mind by practicing Karate , he can venture spiritual adventure sighting spirits in spiritual realm. I just pray for him and hope we can have another chance to chat. But I gave him the name card of Kenneth Chan who is the worker of Power to Change for Faculty member of UQ.

6) A nameless Chinese UQ student who was reluctant to chat but still I walked her to the bus stop and finished the gospel sharing. Eventually I also refereed her to Power to Change.

7) 關浩翔 Ho Cheng Kwan from 開平, China. He initially was approached by Johnny but was referred to me when noticed he shares the same Sure Name of mine and is Cantonese speaking. He appeared very sincere and became very receptive to the gospel. He admitted while managing to be a good person, he so far could not resist the sin of lust like most of the young people. He showed great urge to receive Christ in getting his sin be pardoned so that he can be a free person again in Christ. 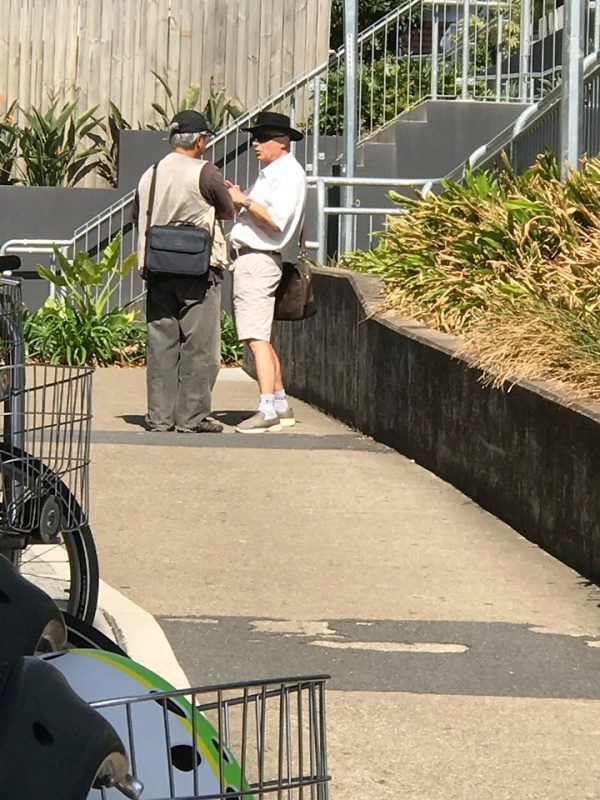 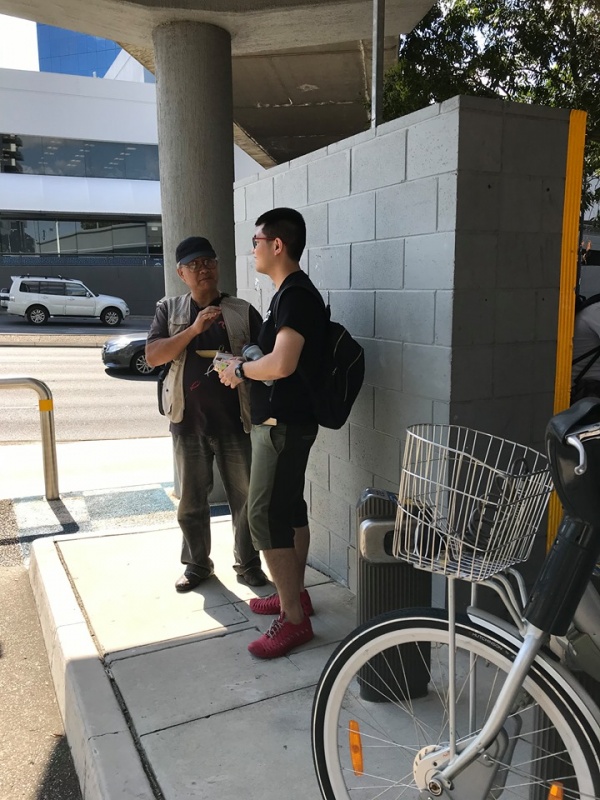 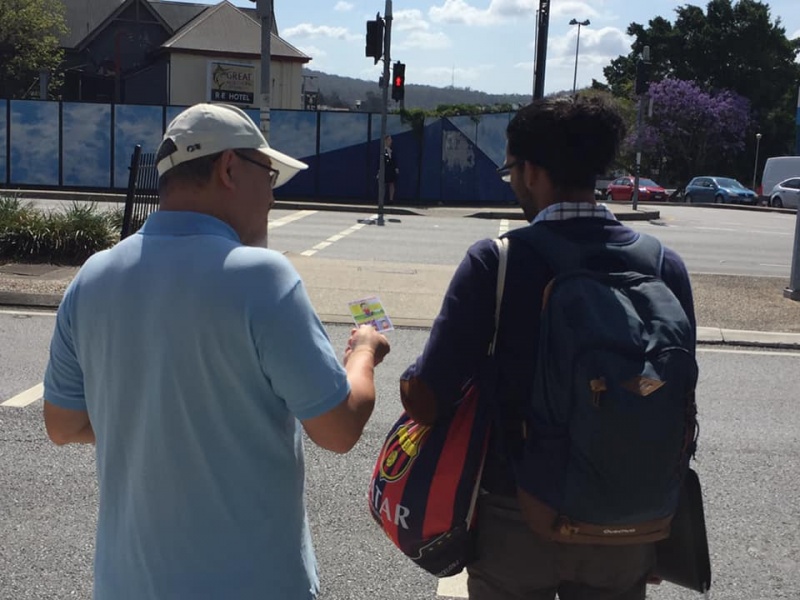 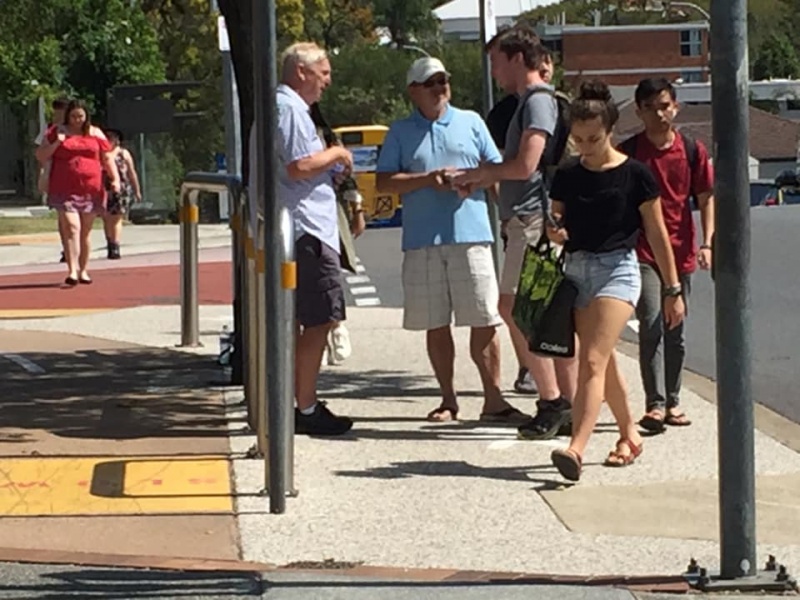 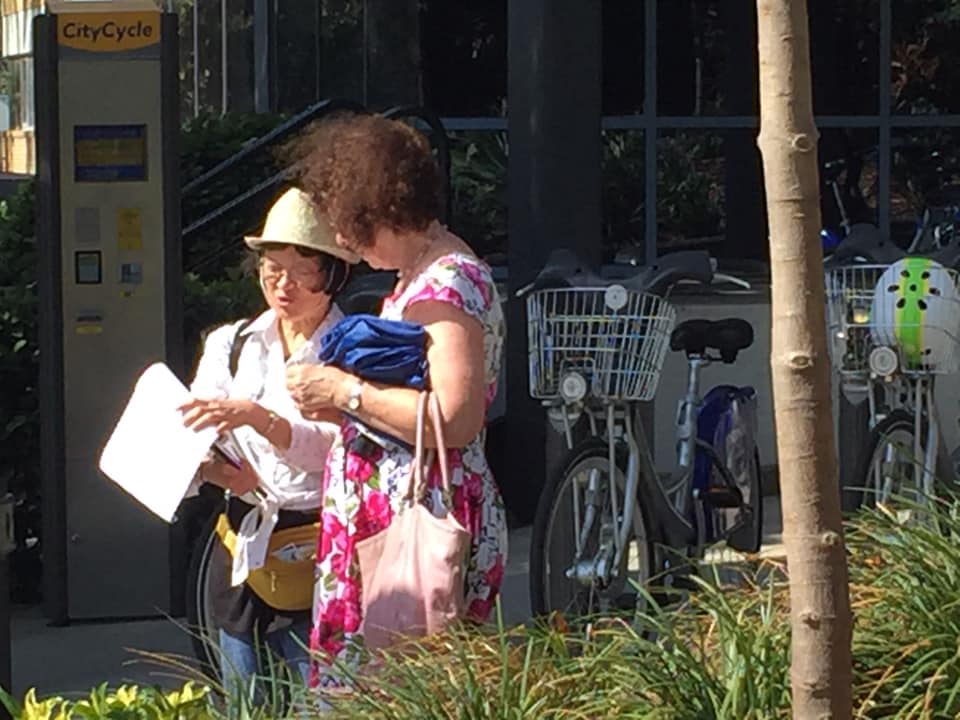 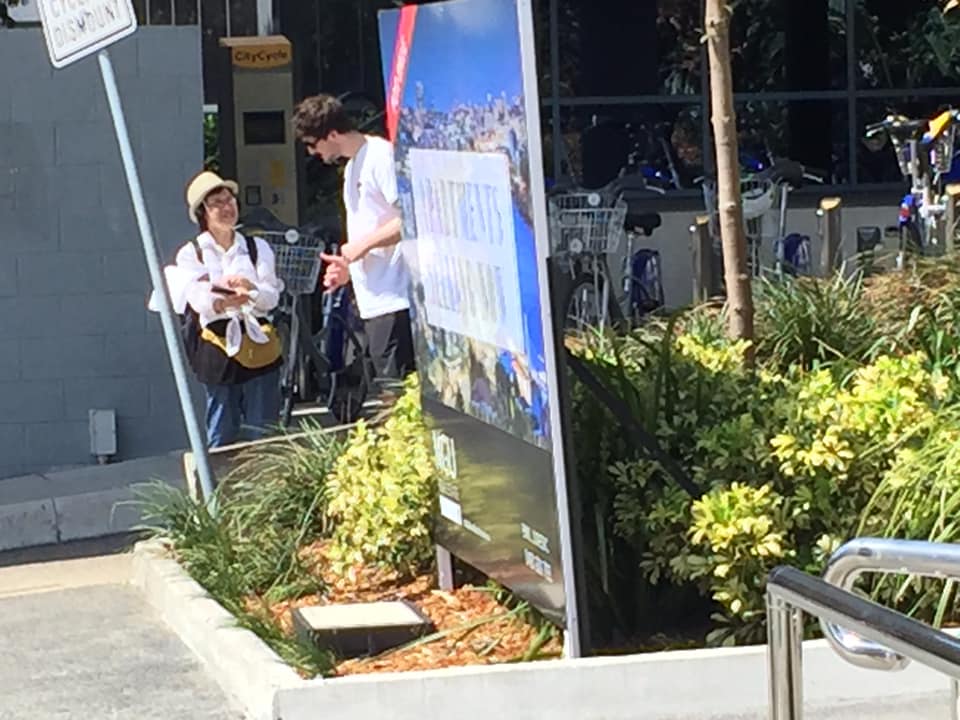 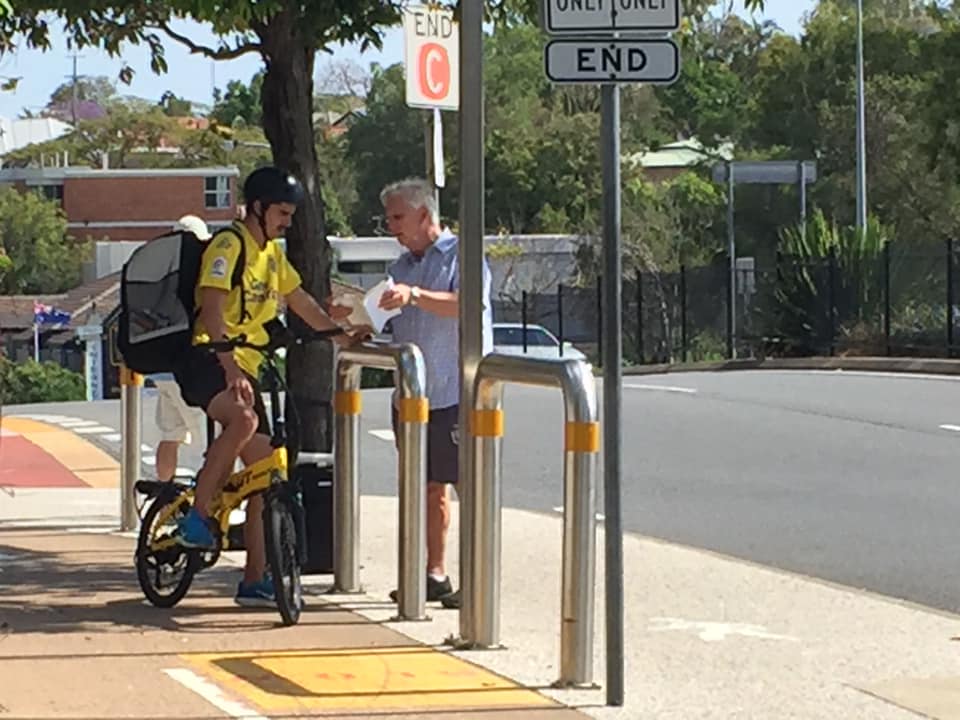 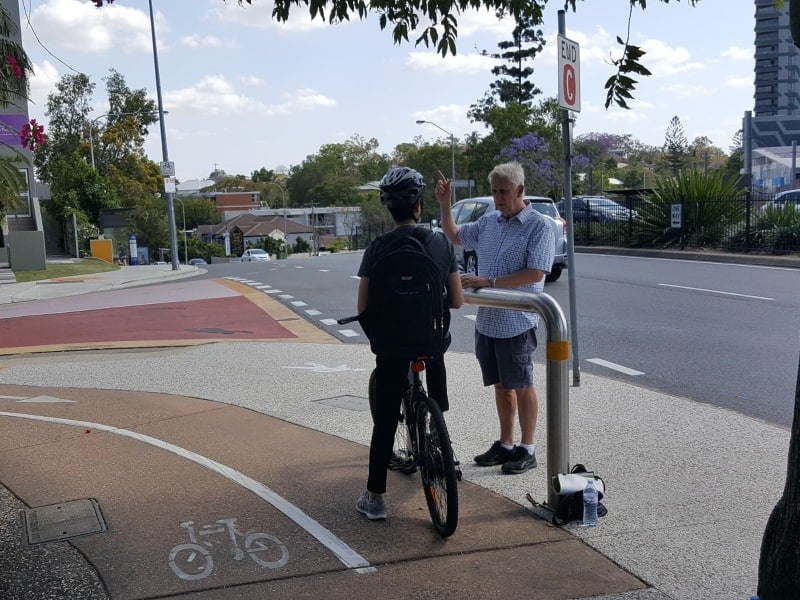 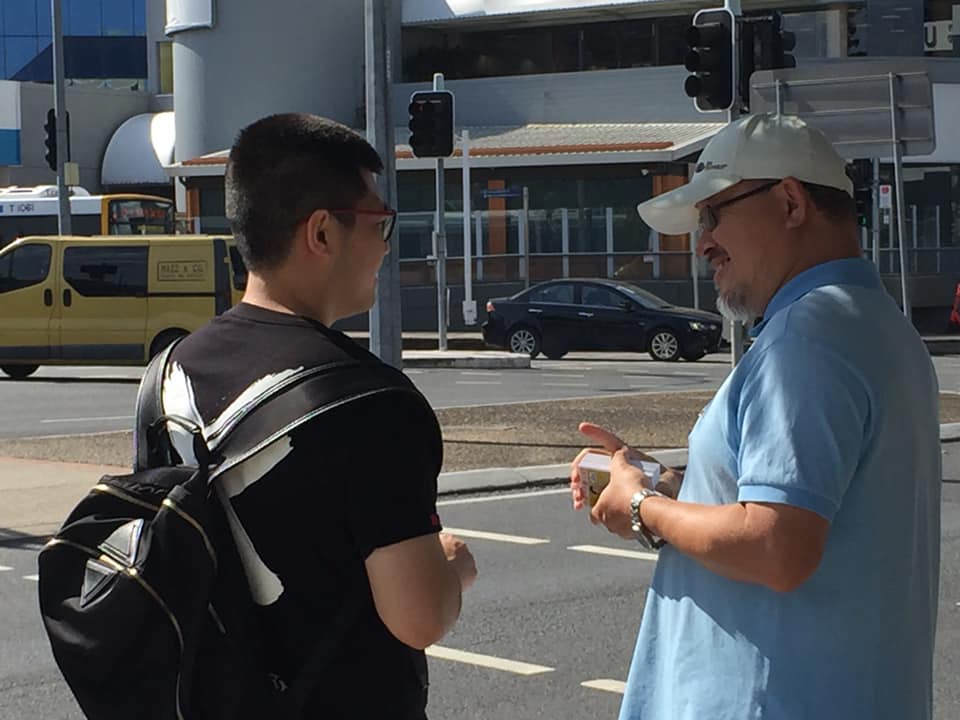