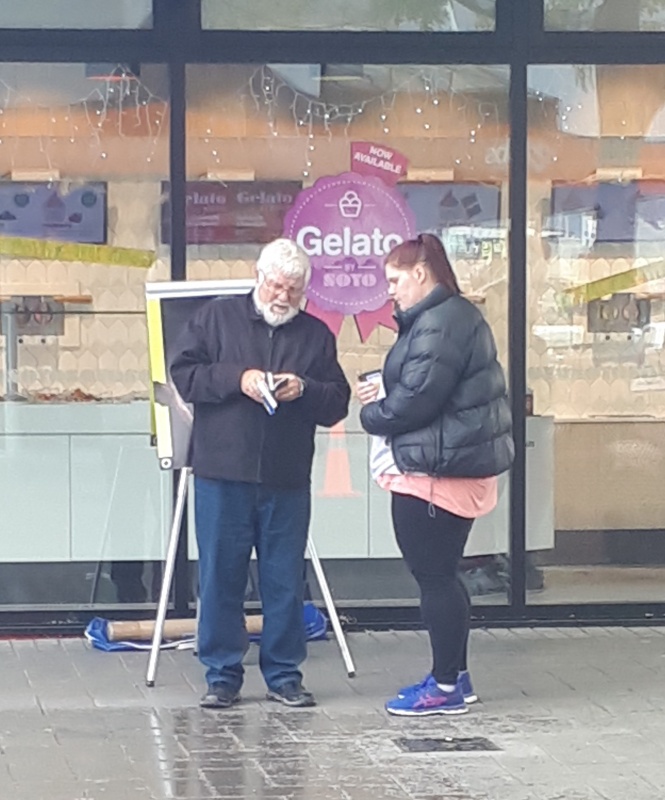 The usual team of two were in Riccarton on Tuesday.  The outreach started with some nice summer heat.  And it wasn’t long before I was into my first gospel conversation.

It was with two muslim ladies from Sudan.  I started by asking them questions about what they thought happens after life.  And it wasn’t long before they were saying that their good deeds would get them to heaven.  I used an analogy to explain why good deeds don’t take away bad deeds - it made sense to them, and so they moved to the idea of having “regret” and “being sorry” would save them.  So I again used another analogy to explain why that wouldn’t help either.  This nicely moved the conversation into a discussion about how serious sin is in the eyes of God, and the hope of the good news of Jesus' sacrifice on the cross to pay our sin debt - by faith alone.  Being muslims, they became resistant to this idea.  But I just kept gently confronting them with the problem of sin and justice - and asking them how they can solve that dilemma apart from the sacrifice of Jesus.  We also talked about the fact that, although salvation is a gift, the cost is incredibly great - esp. for many muslims considering converting.  They became very thoughtful.  They said they would read the tracts I had given them before we parted ways.

Would you like to learn powerful analogies for explaining important gospel related concepts with people in your life?  We have a free conference coming up in Christchurch (NZ) on Saturday, November 9th where one of the sessions will be on this very subject.  Come along, it’s free: https://tellmechristchurch.org.nz/conference/

By the time Roger turned up, the weather was turning to rain, and the temperature had dropped significantly.  I asked Roger to guard my flip chart, while I ran back to my car to get my jacket.  I thought that, by the time I got back, Roger would be cold and wondering why we were standing in the rain!  But when I got back, Roger was in a deep conversation with two guys (pictured).  I could tell it was a good conversation - and it was!  One of them left, but the other stayed for a long chat (pictured).  He came to tears and shared some deep struggles in his life.  He was very interested in the gospel.  Roger exchanged contact details with him.

Roger ended up having a wonderful run of gospel conversations in the few hours we were on the street corner.  Another one was with a young lady (pictured) who needed to get away from some issues at home and so went for a walk and crossed paths with Roger to hear the gospel.  She was a deep thinker, and gladly received a free copy of the new testament (plus Psalms and Proverbs; pictured).

We both had many other opportunities to share the love of Christ.  Roger with a couple of Indian guys, and a high school student.  Myself with a homeless guy, a guy smoking a cigarette, and a wonderful follow up with a Christian who seems very challenged to get involved with the great commission.

And by the time the outreach had finished, the sun was out again! :)

Two Christians, spending a couple of hours on a street corner, can bring the gospel to so many.  How many more could we reach if you joined in also?  Be encouraged to get involved!  Get in touch. :) 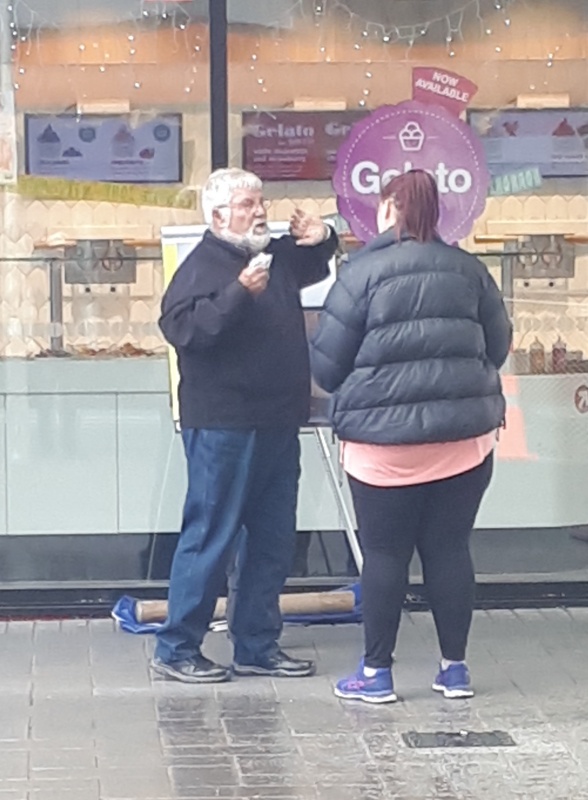 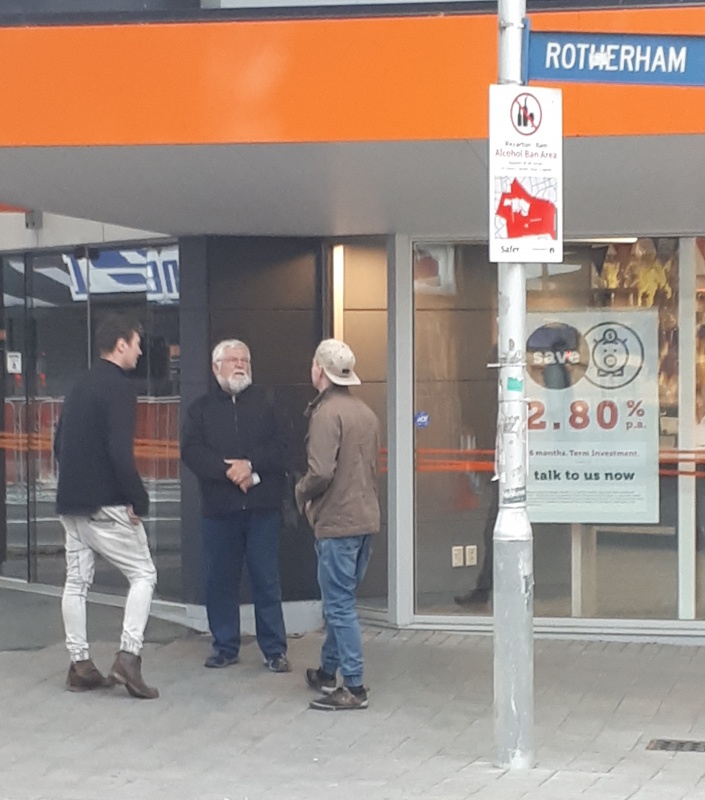 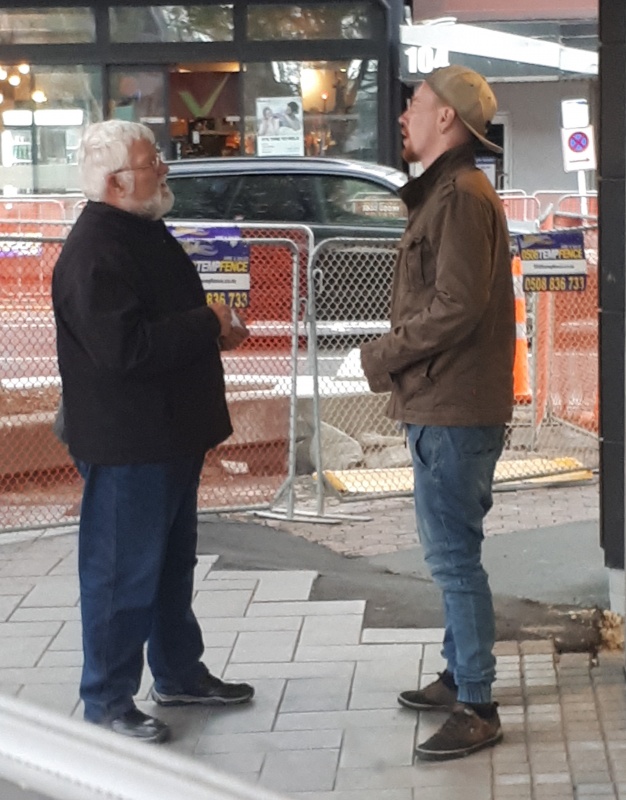 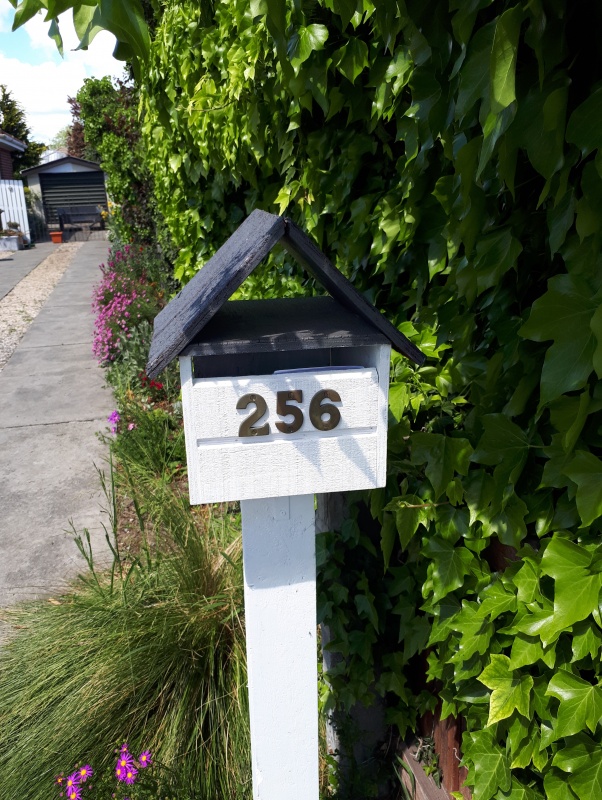